The countdown is on to Conor McGregor's eagerly anticipated return to the UFC Octagon.

It is arguably the biggest fight in UFC history, and will probably break every record going for the Dana White run organisation.

Due to the magnitude of the fight, everybody who is anybody is giving their thoughts on who will come out victorious.

Who better though to predict how the fight will go than the last man to face Khabib inside the Octagon. 'Raging' Al Iaquinta. 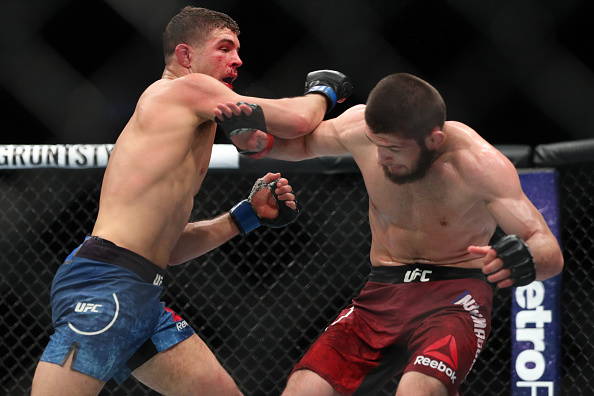 Iaquinta was a late replacement who fought the Dagestan fighter at UFC 223 after both Tony Ferguson and Max Holloway were pulled from the fight.

The Long Island native fought gallantly but was ultimately beaten via unanimous decision. He has now come forward with his thoughts on the fight.

"I mean, Conor obviously has the power to put him out, but I don’t know. Does he? I think a lot of people think he does, because he’s knocked a lot of people out, but Khabib is tough. He sees things, he’s got a little awkward style, which is different. It’s tough to adjust to, because it’s so different, standup-wise."

Iaquinta feels that McGregor's power won't be enough to knockout Khabib, he also thinks that the longer the fight progresses the more McGregor will look to get out of it. 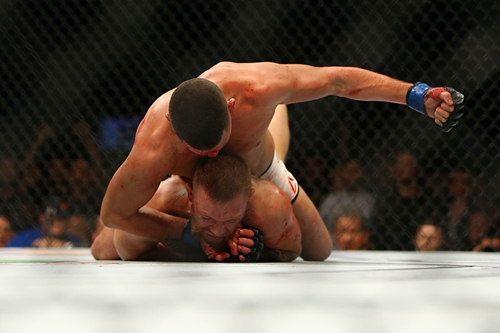 "I think he could just get after him," Iaquinta said of Nurmagomedov.

"Get after him, keep the pressure on him. Conor, he’s quit before. He’s given up. Against Diaz, it gets a little later rounds. I think he’s a pretty fighter. If the fight is pretty and it’s going good for him … [Chad] Mendes took that fight on no notice. He had zero in the gas tank going into that fight. If it’s five rounds of that, I think Conor is finding a way out."

END_OF_DOCUMENT_TOKEN_TO_BE_REPLACED

So the last man to face Khabib feels that McGregor is a 'pretty fighter' who only looks good when fights are going the way he wants them.

The problem is that Nurmagomedov has a perfect record of 26-0 and his fights tend to end up very 'ugly' for his opponents.

If Iaquinta's assessment is correct, then McGregor could be in for a long night.