Conor McGregor was only planning to stay up and watch the early UFC 268 preliminaries, but Ian Garry and his impressive K.O win had the Dubliner "buzzing".

The 23-year-old was given a stiff test on his UFC debut by 'Contender Series' alumni Jordan Williams, at Madison Square Garden, on Saturday night but passed with flying colours. Having eaten a few solid punches from Williams, 'The Future' secured a knock-out victory with a step-back dig of his own that ended the contest.

Garry moved to 8-0 in his professional career and, post-fight, paid tribute to Conor McGregor for inspiring his journey. Standing in The Octagon beside Joe Rogan, he declared:

"A wise Irishman [McGregor] once said before me... he stepped in this very cage and he said, 'We're not here to take part, we're here to take over'. And this is The Takeover, Part Two."

Watching UFC 268 from afar, McGregor was moved to post an emotional voice message to his fellow Dubliner, which he shared over three Twitter voice notes. 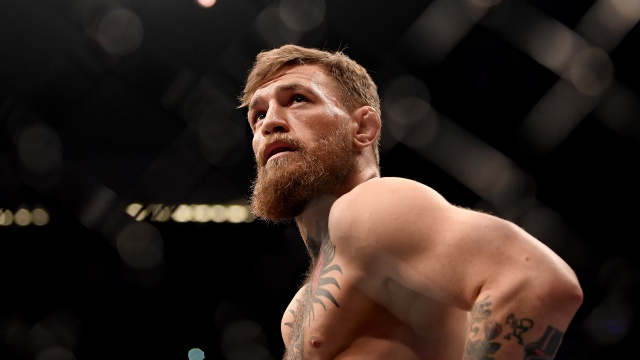 "I'm going to get on and do a message here for your man," McGregor began. "Ian, that's a tremendous finish there for you, bud. The step-back back paw for the finish, my God, I'm all over the place after that.

"Ian, I appreciate the respect you showed to me in there. At this time for me, coming back from this [broken leg] injury, that means an awful lot to me.

"This is probably the toughest couple of months I'm ever after having in my entire life. To see you go out there, pay those respects and then go out and then to do that - crack him with the step-back back paw - it's just, there's something mad about it for me."

END_OF_DOCUMENT_TOKEN_TO_BE_REPLACED

McGregor, who fractured his leg in a tough loss to Dustin Poirier, earlier this year, went on to give Garry some advice about ending his fights earlier and not waiting to strike on the third or fourth parts of his opponent's combos to throw the kitchen sink. He advised Garry to "brainwash" himself to strike hard and not hang around. "We're not paid by the hour in there," he remarked.

Conor McGregor calls on other Irish fighters to step up after Garry win.

McGregor posted the voice messages in three parts [first is above] and he proclaimed he would find it hard to sleep after the thrill of seeing another Irish fighter light up Madison Square Garden.

Still unable to probably spar as he rehabs from surgery on that leg, McGregor was targeting 2022 for 'The Takeover, Part Two' and challenged other Irish fighters to join him and Garry on that quest.

"The Takeover, Part Two - I f***ing love it! What other Irish fighters are out there now, in this globe, that are going to join us in this takeover? Because, I tell you what, I'm coming back and getting in on that Takeover, Part Two action.

And that was it. McGregor could not go to bed. He was up for the rest of the night as he watched the UFC main card, which saw Kamaru Usman and Rose Namajunas defend their belts at MSG.

An emotional weekend of fighting this weekend. If you do this sport, win, lose or draw you’re the fucking man/woman and don’t ever let anyone tell you otherwise! Congrats to all and thank you for the sheer entertainment!
What a sport! What a game!
What a life! Thank you all ❤️☘️

McGregor will be tearing into his training programme all week, one can safely imagine.