Latest comments suggest Khabib vs. McGregor rematch will go ahead in 2019

What more does Tony Ferguson have to do to get a crack at the undisputed UFC lightweight title?

Ferguson has gone 11 fights undefeated but apparently, 'El Cucuy' will have to wait for a shot at Khabib Nurmagomedov.

It remains to be seen when Nurmagomedov will next take to the Octagon as he is set to be suspended by the Nevada State Athletic Commission for his role in the UFC 229 post-fight melee.

END_OF_DOCUMENT_TOKEN_TO_BE_REPLACED

Unless the NSAC throws the book at the unbeaten Russian, Nurmagomedov should be able to return at some point in 2019 and despite the dominant nature of his victory over Conor McGregor in October, 'The Eagle' looks destined to meet his Irish rival again this year.

"Yeah, I do!" UFC president Dana White answered when asked by TMZ if he anticipated Nurmagomedov vs. McGregor II taking place in the next 12 months.

"Obviously guys are going to have to win and it depends on how long the suspensions are but as long as everything goes right, this fight should happen."

There's no denying that on merit, Ferguson deserves the next title shot but money talks in the fight game and McGregor remains the biggest draw in any weight division in the UFC.

Nurmagomedov's manager has admitted that the Dagestani is now pursuing bouts that will help set him up for a healthy retirement rather than fights that make the most sense on paper.

When asked what's next for his most high-profile client, Ali Abdelaziz told MMA Fighting: "The biggest money fight he can make. 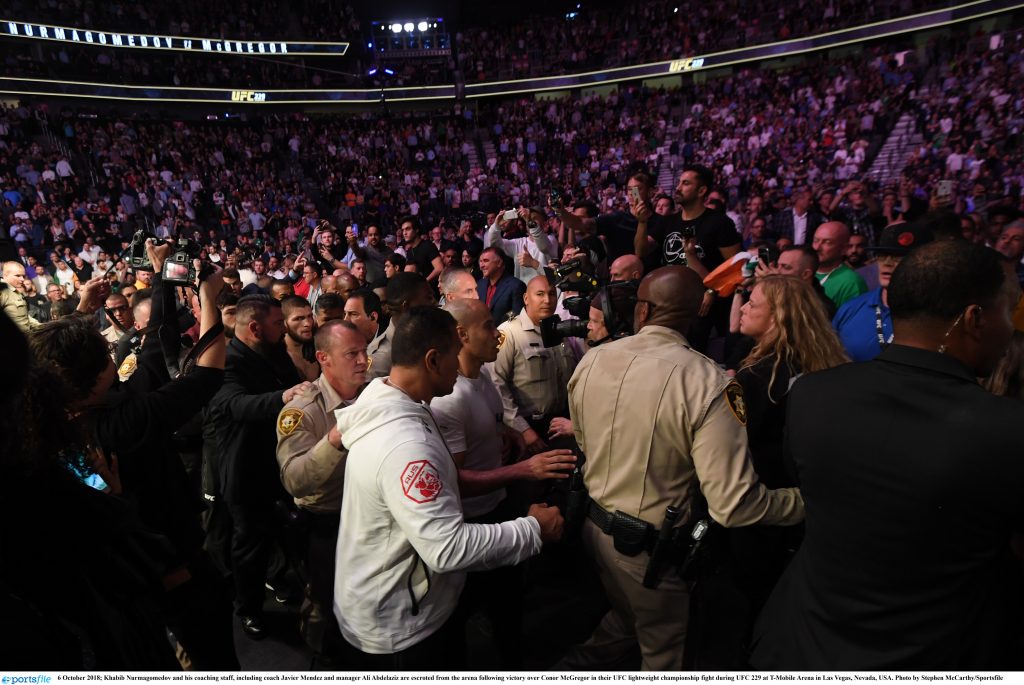 END_OF_DOCUMENT_TOKEN_TO_BE_REPLACED

"So [we want] the biggest money fight he can make. Boxing, MMA, whatever. I love Tony Ferguson— he’s not that, I can tell you that.

"At the end of the day, it will be the exact same situation. Khabib was supposed to fight Eddie Alvarez, remember that? When he got taken out [in place of Conor McGregor], we understood it because Conor’s going to bring pay-per-views. We need people who can help us sell pay-per-views, and that’s it."


popular
O'Hora and Keegan hammer into each other, both of them only revelling in it
The FootballJOE Pub Quiz: Week 11
Man United's tactical issues summed up in six shocking screenshots
McBrearty has dramatic equaliser ruled out as Naomh Conaill win Donegal grudge game
Jesse Lingard seeks to clear up what United fan shouted when he was warming up
Man United experiencing their Bishop Brennan getting kicked up the arse moment
Paul Scholes rips into Pogba after disgraceful performance vs Liverpool
You may also like
1 week ago
José Mourinho swaps Conor McGregor a Roma jersey for some whiskey
2 months ago
Joe Rogan sends McGregor invitation after explaining that post-fight interview
2 months ago
Conor McGregor deletes series of tweets aimed at Poirier and Khabib
3 months ago
UFC appears to have signed a new Irish fighter
3 months ago
Conor McGregor labelled an 'easy payday' who can't compete with top UFC fighters anymore
3 months ago
Khabib says McGregor is "finished" as Dos Anjos makes his play
Next Page