Kurt Angle, yes that Kurt Angle, has revealed that he could end up taking MMA fight

How would the Angle Slam transfer to the cage?

Legendary WWE superstar Kurt Angle has revealed that there's a possibility that he could sign a fight contract with Bellator MMA.

The 46-year-old sat in the commentary booth during Friday night's Bellator 145 event in St. Louis as he looks to become more involved in the world of mixed martial arts. 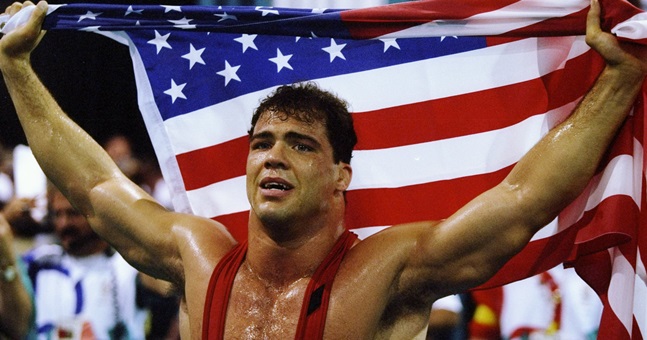 And Angle, who won a gold medal in freestyle wrestling at the 1996 Olympic Games, was asked whether he would accept a fight with the promotion and he definitely didn't rule it out.

"I’m not going to tease everybody, but there is a possibility. We’ll see, but I’m getting my feet wet here in Bellator. I’m going to have a good time. I’m going to sit back for once in my life, relax and watch, and eventually I’ll make that decision."

If he does decide to swap the ring for the cage, Angle would join the likes of Brock Lesnar, Bobby Lashley and CM Punk as fighters who started their careers in pro wrestling before learning the ropes as mixed martial artists. 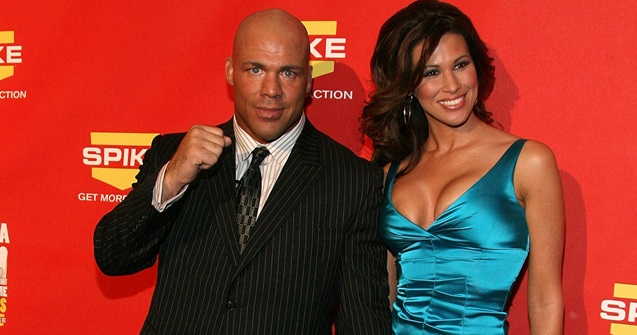 END_OF_DOCUMENT_TOKEN_TO_BE_REPLACED

We wouldn't get our hopes up just yet though as the likelihood of an American athletic commission granting a licence to a debutant in his mid-40s is slim to none.

Still, we're getting goosebumps at the prospect of hearing this theme song before a good ol' fight.


popular
Sean Dyche set to be named Everton manager after Marcelo Bielsa talks break down
Roy Keane flatly rejects longstanding perception of ex-Man United midfielder Paul Ince
Allianz National Football League Round 1: All the action and talking points
Roy Keane leaves ITV pundits in stitches after Pep Guardiola's pre-match interview
Conor McGregor hit by car ‘at full speed’ while cycling
Study shows rugby positions you are most/least likely to be injured playing
Ryan Reynolds makes Premier League promise to Wrexham supporters
You may also like
2 years ago
"When you grow up in these places, if you can't fight you're f***ed" - James Gallagher
3 years ago
James Haskell responds to MMA call-outs by Neil Best and Andy Powell
3 years ago
James Gallagher set to headline Bellator show in Dublin
3 years ago
'I really think that me and Ben Askren are gonna fight' - Dillon Danis
3 years ago
'Bellator has a Dublin show in September so I'm thinking of bothering them about it' - Heather Hardy
3 years ago
'Katie's an Olympic gold medallist who unified the belts but is not getting paid like a man'
Next Page