Khabib Nurmagomedov has outline how he plans to beat Conor McGregor at UFC229.

The UFC lightweight champion is pumped going into the biggest fight of his career this weekend in Las Vegas.

Fight week officially started today and Khabib joined famed MMA journalist Ariel Helwani on his ESPN show to talk about his title defence against the Dubliner.

The Dagestani fighter admitted that the fight has now become personal since the press conference last Thursday evening. He claimed he wants to punish McGregor and make him 'pay' for the disrespect he showed.

"This is more than just a fight for my title"

He briefly addressed McGregor's trash talk last week where he called out Khabib's manager Ali Abdelaziz and made some harrowing claims about the MMA manager. Nurmagomedov then said he will maul McGregor on Saturday night.

"If he (McGregor) has problems with my manager talk with him.

"He tried to get into my head. I felt nothing This Saturday, I'm going to maul him"

Khabib said he felt good going into the fight this weekend and is happy enough for the UFC to use footage of the now infamous bus attack as promotion for the fight, despite claiming he feels it was staged by the organisation.

"I'm OK with them using the bus footage. I am part of the show too. This is business. I say nothing" 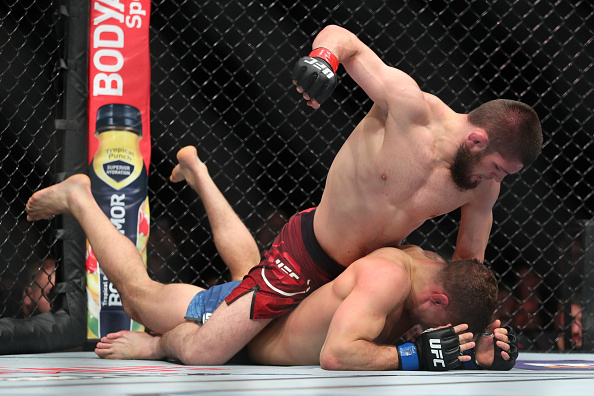 He also admitted that he feels the UFC want McGregor to win on Saturday, whilst also adding that Dana White needs to stop kissing McGregor's ass.

"Of course. They can make a lot of money with him. Why wouldn't they want him to win"

'The Eagle' also gave his fight prediction claiming that he was going to submit the Irish fighter on Saturday night, all three of McGregor's pro MMA losses have come via submission. 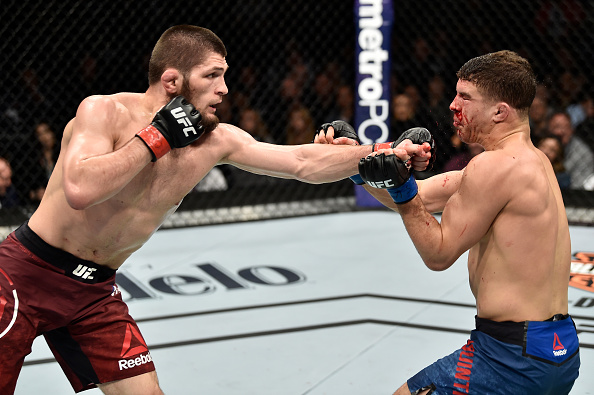 "The Irish are back, baby!" - Ian Garry pays tribute to McGregor after UFC victory

END_OF_DOCUMENT_TOKEN_TO_BE_REPLACED

Before ending the interview Helwani asked Khabib about his weight cut. The Dagestan fighter has missed weight on previous occasions and some people are worried that he will not be able to make the 155lbs limit required.

In an unusual move, Khabib revealed his current weight five days out from a fight, which suggests he is confident that he will tip the scales correctly.

Khabib's final comment was a chilling statement in which he said that he wants to smash Conor McGregor and break him, not just physically but mentally.

"Not just win, smash, smash everything. Face, heart, mind everything."

The Eagle has landed! UFC229 is five days away! We can hardly wait!