Finally, a compliment has been paid...

UFC 229 sold 2.4 million PPV's making it the most lucrative card in the history of MMA.

On the night, Conor McGregor fell considerably short against the dominant Russian. 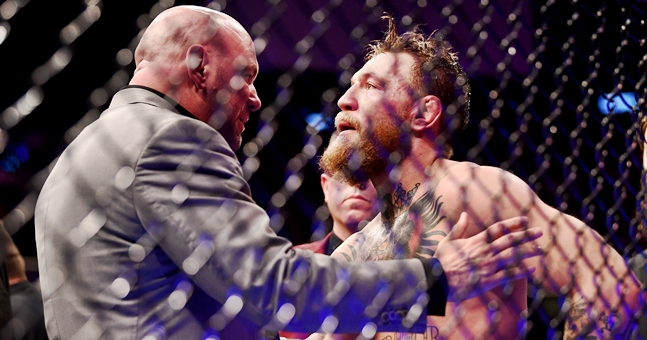 END_OF_DOCUMENT_TOKEN_TO_BE_REPLACED

Khabib Nurmagomedov is undefeated in 27 fights, and very rarely has he been in any real danger. Despite dropping the first round of his professional career to the Dubliner, Khabib was flawless in his performance, eventually wearing McGregor down before submitting him in the fourth round.

What followed Khabib's win was one of the most talked about moments of 2018, as he scaled the cage and incited a riot in the stands by attacking Dillon Danis, whilst his team mates entered the Octagon and proceeded to attack McGregor. 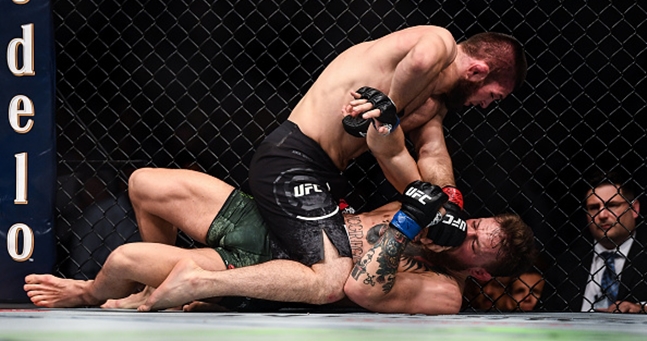 There was a lot of bad blood leading up to the fight, what happened afterwards proved that there was more to all the verbal sparring than just simply promoting the fight.

The rivalry between the two camps remains, and members of Khabib's team have continued to slam McGregor following UFC 229, in particular his controversial manager, Ali Abdelaziz.

In what is a complete turn up for the books however, Khabib has now paid McGregor a compliment. He gave the Irish man credit for his role in promoting the fight that broke all the records. Something Khabib could not have done himself.

"You know, you should give credit to Conor," said Nurmagomedov during a recent interview with RT Sport.

"He is very popular. Was I as popular before the fight? I don’t think so. But if you compare us as athletes, I proved that I am better.

"But as a star he is much brighter than me. I don’t know how much now, but before the fight, definitely." 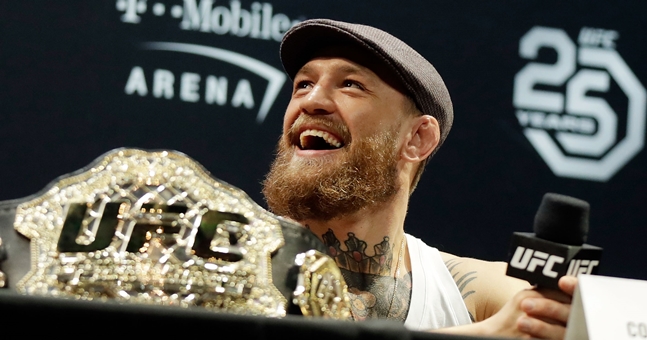 Khabib reiterated that the rivalry was about more than just himself and McGregor, it divided two nations, and most Russians wanted to see McGregor fall against "The Eagle".

"It was also a rivalry between countries, 100%," Khabib said.

"Do you remember my statement? Irish only six million. Russians 150 million."


popular
Nigel Owens on most annoying players to referee (three of them are Irish)
Six All Blacks but no Ireland players in world's top 20 list headed by Antoine Dupont
"I asked one question and lads slagged the arse off me!" - Johnny Sexton on Roy Keane chat
"My thoughts were with him initially and that's why I got emotional" - Mulcahy still the man for Kilmallock
Seamus Coleman gives brilliant post-match interview after Everton beat Arsenal
"Women's rugby deserves better and he's not the man for the job"
Top scorers of Dublin team that dominated the last decade of Gaelic football revealed
You may also like
1 month ago
José Mourinho swaps Conor McGregor a Roma jersey for some whiskey
2 months ago
Conor McGregor nearly hits Chicago Cubs fan with wild first pitch at Wrigley Field
4 months ago
What are the dark circles on swimmers backs at Tokyo Olympics?
4 months ago
UFC legend brands Conor McGregor's antics a 'cry for help'
4 months ago
Joe Rogan sends McGregor invitation after explaining that post-fight interview
4 months ago
Conor McGregor deletes series of tweets aimed at Poirier and Khabib
Next Page