UFC 254 will see lightweight champion Khabib Nurmagomedov return to The Octagon for the first time since he defended his belt against Dustin Poirier in September 2019.

Nurmagomedov is set to face number one contender Justin Gaethje after 'The Highlight Reel' dismantled previous top dog Tony Ferguson earlier this year. The original plan for the 'Fight Island' pay-per-view was to put Porier and Ferguson on the undercard, meaning there would be two live candidates to step into a title bout should injury or illness [ie: Covid-19] befall Nurmagomedov or Gaethje.

END_OF_DOCUMENT_TOKEN_TO_BE_REPLACED

That plan was shelved, however, when the UFC refused to give Poirier a pay bump for taking the fight. 'Diamond' claims his request was more than fair, and Ferguson had his back, but UFC president Dana White was not having it.

The Ferguson vs. Poirier bout is now in the wind and White has got himself a former lightweight champion to step in as back-up. Announced as a new signing last week, former [two-time] Bellator champion Michael Chandler.

The 34-year-old was the Bellator poster-boy for the best part of a decade and has career wins over Benson Henderson, Patricky Freire and Eddie Alvarez. He lost his lightweight belt in May 2019 but had put himself back in the title picture with two bounce-back wins.

However, once his Bellator contract ran down and he became a free agent, the UFC saw an opportunity to add a new face to the 155lb ranks. With Conor McGregor out of the picture, until early 2021 at least, introducing Chandler freshens up the roster, and match-up options. 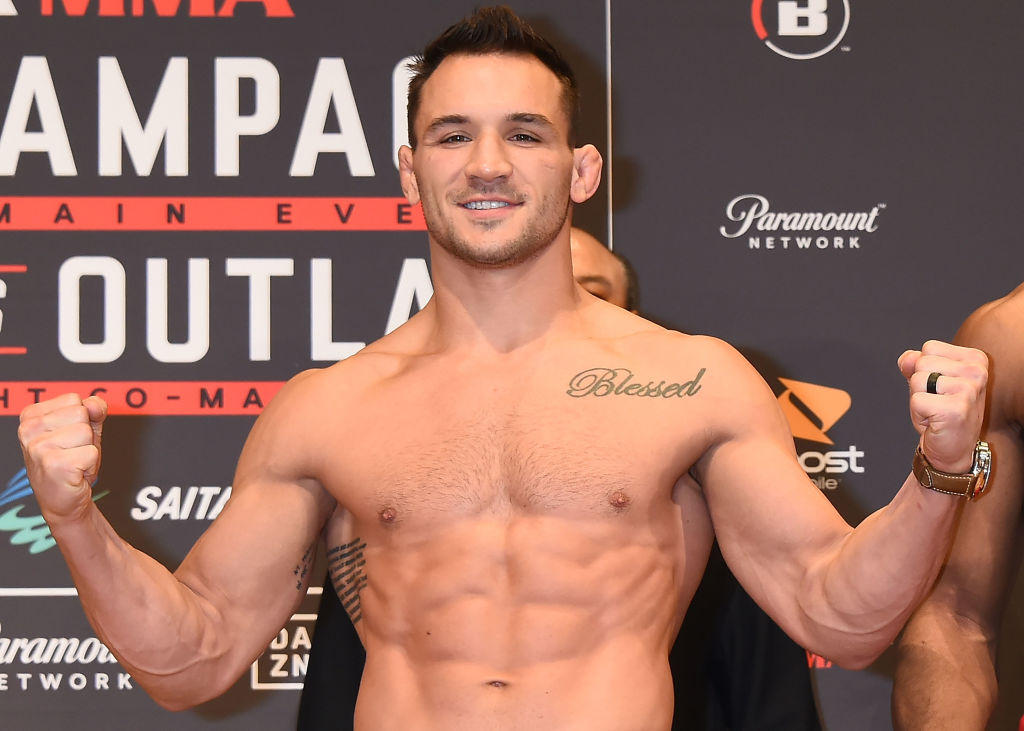 END_OF_DOCUMENT_TOKEN_TO_BE_REPLACED

Zooming Chandler to the top of the lightweight queue, with a potential title fight in his near future, has ruffled several feathers. Poirier and Ferguson both have legitimate claims to be first cab off the rank, for UFC 254. Indeed, Ferguson was due to fight Nurmagomedov at UFC 249, in May, but agreed to take on Gaethje when the champion remained in Dagestan due to the Covid-19 pandemic.

Other lightweights have openly questioned the logic of Chandler parachuting in and being told to get ready for a potential title fight. Kevin Lee told MMA on Sirius XM:

"The fact that they are trying to make him the endorsement of Gaethje-Khabib, I really don't understand. I think it's just a way of trying to upset Bellator... Against Gaethje he might have a chance. But against Khabib, he is too small. I think Chandler is too small for this whole division."

END_OF_DOCUMENT_TOKEN_TO_BE_REPLACED

Fellow lightweight Charles Oliveira went a couple of steps further. Currently on a seven-fight win streak, including a submission victory over Lee, the 30-year-old says he would have jumped at the back-up chance.

"I’m in the best moment of my life, seven wins, man, and I don’t have an opportunity to fight someone in the top five," told MMA Fighting, "and now some guy from Bellator, who got knocked out in the first round (last year), he gets signed and is the next challenger for the belt. How come? I don’t get it. I don’t understand it."

While the lightweight picture may become clearer after UFC 254, White is not ruling out a McGregor wild card in 2021.

"I came up with an idea a couple days ago, and I reached out to him to see what he thought, and he was interested," White told TSN last week.

If McGregor truly is retired from fighting, perhaps he could come in to mentor up-and-coming fighters or even provide some extremely colourful colour-commentary on ESPN.