Khabib wants fighters to start doing more with their money

Khabib Nurmagomedov has called on fighters to do more with their money than spend it on luxuries like expensive cars and jewellery.

Speaking to media after his victory over Dustin Poirier at UFC 242 in Abu Dhabi, Nurmagomedov hit out at fighters earning millions and not using that money for good.

Not long after he announced he would donate the proceeds from the sale of a t-shirt from the defeated Poirier's, which he wore in The Octagon, to charity.

"Why? Because we have so much respect between us." 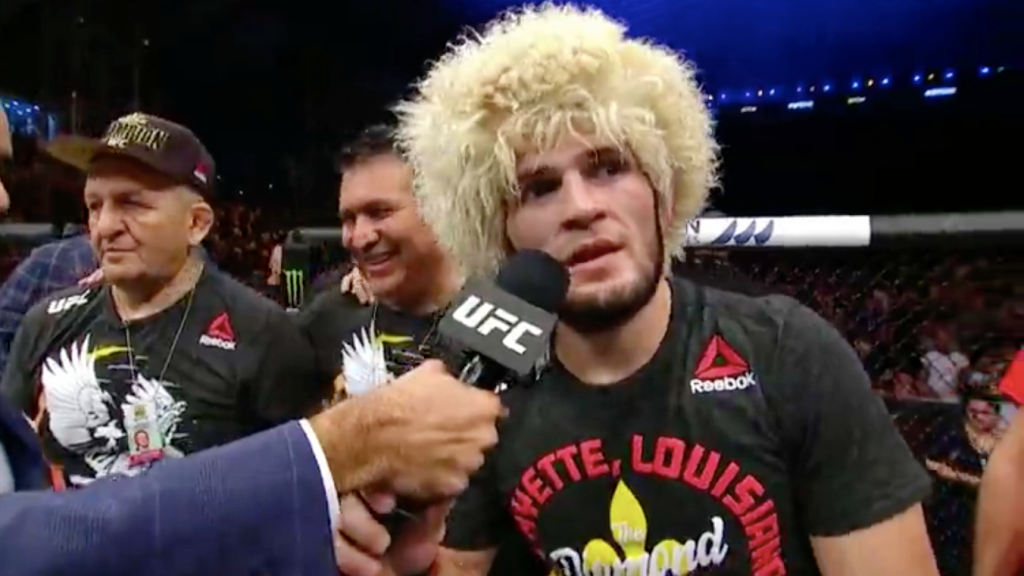 A return to the old ways for 'The Eagle'. He admitted, soon after he instigated a brawl at the en...

"We're famous, we have money," said the UFC lightweight champion, "but we can help people. Why not?

"This is why we have to stay focused, stay humble, help people."

"I'm gonna put this this t-shirt on Instagram and I am going to sell this... all the money will be sent to @DustinPoirier, towards his charity funds."@TeamKhabib wants fighters to do more with their money than buy expensive cars.

Let us hope that Khabib Nurmagomedov follows through on his commendable words with equally commendable actions.