The possibility of a Gaethje McGregor fight has taken another step closer after the UFC interim lightweight champion spoke about his options with Joe Rogan.

On Saturday night at the UFC's Apex venue, the promotion's welterweight division saw some significant upheaval. No.6 ranked Gilbert Burns pieced former champion, and No.1 title contender, Tyron Woodley up to take a unanimous decision victory. Burns is now on a six-fight winning streak at 170lbs and has made a strong case to take on champion Kamaru Usman next.

END_OF_DOCUMENT_TOKEN_TO_BE_REPLACED

Usman's management had been making a case for their guy to defend his belt in a money fight against Conor McGregor (ranked No.14 at welterweight) but few are buying that one. Rogan says he was compelled to text UFC president Dana White to get some clarity on that one, and he is convinced McGregor's next fight will not be for the welterweight strap.

"I know that's not real. He doesn't want that."

Who McGregor fights next is not an easy one to call. Back in January, when he defeated Donald Cerrone in just 40 seconds, it looked as though a summer tilt with Justin Gaethje would be next. John Kavanagh, his coach, had stated his preference for a 170lbs fight against Gaethje that would spare the fighters a tough weight-cut.

A lot has changed since January, however. The UFC lightweight title fight between Khabib Nurmagomedov and challenger Tony Ferguson was nixed due to the Covid-19 pandemic. Gaethje stepped in to replace Nurmagomedov and dismantled Ferguson at UFC 249 in Jacksonville.

While Nurmagomedov remains the champion, Gaethje is the division's hot fighter and he has laid out the three fights he would love to take before he retires. 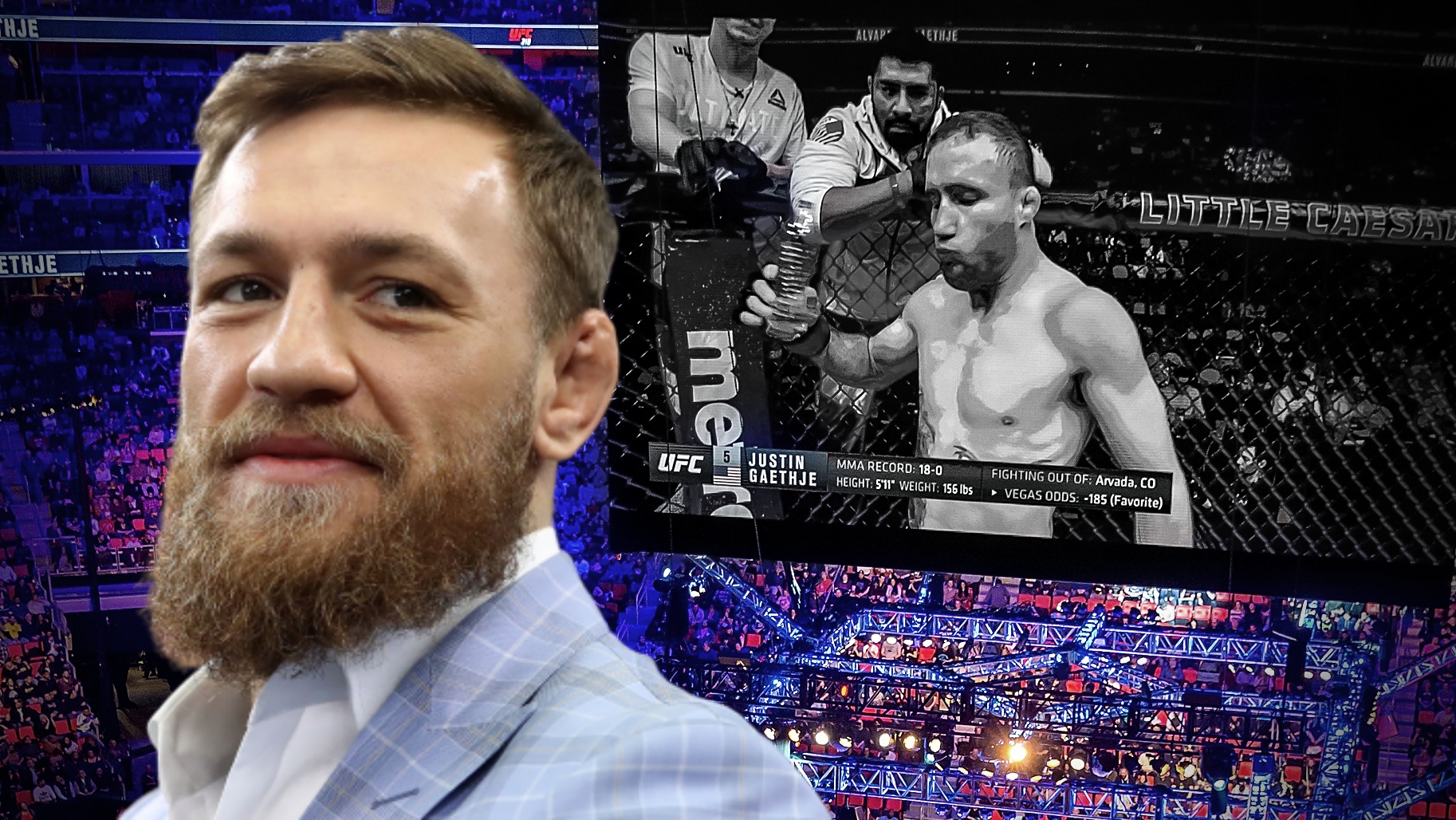 During a wide-ranging interview, sitting alongside his coach Trevor Whittman, on the Joe Rogan Experience, Gaethje came to the topic of fighting 'The Notorious'. Asked if he wanted the bout, the American responded, "I do. I want to shut him up. I’d love that. I really would.

"I could fight him right now if I wanted to. Everyone is going to say that I’m lying, that if it was there I would take it. Daniel Cormier said that the other day. I’m not that fighter.

"For one, I have an opportunity to do something that can be unmatched in the history of our sport. To go in there, to come off the circumstances, to beat Tony like I did, go beat Khabib, go beat Conor, that’s legendary."

END_OF_DOCUMENT_TOKEN_TO_BE_REPLACED

Gaethje is fully aware that McGregor wants a fight against Nurmagomedov next but he believes his own case for a title shot is undeniable. The 29-year-old pointed out that McGregor bypassed him in January to take on Cerrone, a UFC legend but one with a spotty record in the past three years.

Gaethje believes he has shaped his own destiny in the lightweight division and has bounced back from a position where pundits and fans were doubting if he had what it took for the upper echelons of the sport.

"When I beat Khabib and I beat Conor," he added, "what run in the history of the sport has been better? Coming off two losses, getting counted out. That’s what I’m here for. I can inspire the world... He's trying to talk people into him being the GOAT (Greatest of All Time) but if you're have to make the argument for yourself, you're not that man."

Poirier says he wants to be the example to all the up-and-coming fighters in the sport, about how to get into the title picture without bombast, social media followings and "politics". He says:

"There’s 500 some odd people on this roster... For young guys that come in, they think politics run the show. They ultimately do, but there is a small chance that you get a say in your destiny and eliminate politics. That what I just did. Politics were gonna f*** me. I wasn’t going to get the fight. Conor was going to somehow or some way get that fight. Now, I got the chance to go out there and I did what I did."

Gaethje was 18-0 coming into the UFC and defeated Michael Johnson in his first fight with the promotion. He then lost two all-out wars against Eddie Alvarez and Dustin Poirier to fall to 19-2 before refining his game-plan.

He ran through James Vick, Edson Barboza and Cerrone before putting in the fight of his career, to date, to dominate Ferguson at UFC 249.

Nurmagomedov looks like his next fight, albeit in the autumn, and he may yet close his year out with a tilt against McGregor. Should he win both of those severe tests, he would love to finish out his fighting career by running it back with Poirier.

Who could McGregor take on while he was waiting for Nurmagomedov and Gaethje to face off? There could be a catchweight bout against former middleweight champion Anderson Silva.


popular
World Cup 2022 Day 12: All the major action and talking points
France demand FIFA change result of World Cup defeat over 'rule break'
Cristiano Ronaldo 'agrees £173m-a-year deal' with Saudi club
Damien Duff makes 'brutally honest' England World Cup prediction after Wales win
"Nowadays, even if I don't hit a ball, I don't care as long as we win" - Gleeson learning from the past
Castleknock's Warnock the hero as Maynooth win first ever Ryan Cup final
Thibaut Courtois warns teammates after leaks emerge from Belgium camp
You may also like
2 months ago
Hasbulla signs five year deal with UFC 'worth more than many fighters'
2 months ago
UFC fighter Elias Theodorou has died, aged just 34
2 months ago
John Kavanagh and Johnny Walker kicked out of T-Mobile Arena during UFC 279 main card
2 months ago
Conor McGregor took exception to one part of Nate Diaz victory speech
2 months ago
Nate Diaz and Tony Ferguson tossed together for UFC 279 main event after wild 24 hours
3 months ago
Your guide to a huge weekend of sport and how to watch it all
Next Page