Remember when Jose Aldo nearly destroyed his legacy with his endless search for redemption against Conor McGregor?

The man went just shy of a full decade without tasting defeat. He's the most dominant featherweight world champion in the history of the sport and is still regarded by many to be the greatest 145 lber ever.

However, once that patented Celtic cross shut out the lights during UFC 194's main event, 'Scarface' began acting a little silly in the media.

This phase lasted a very long time and occasionally he will utter a comment about 'the Notorious' that makes us believe it never really ended.

Perhaps his darkest period in the spotlight came after his greatest performance in years, that five-round dismantling of Frankie Edgar at UFC 200 to claim the interim featherweight strap.

END_OF_DOCUMENT_TOKEN_TO_BE_REPLACED

Purists found it painful to watch one of the all-time greats, a shoe-in for the Hall of Fame, tarnish his reputation with his behaviour in the media. Every single one of his toys came flying out of the pram as he pounded his fists on the ground and wildly kicked his legs to secure a tantrum-powered Red Panty Night.

He requested a contract termination, threatened legal action and even hinted that he would be willing to intentionally lose fights to see out the end of his contract. There was no doubt about it, a man who once prided himself on being a martial artist in every sense had been reduced to a laughing stock, all because a superstar who knocked him out in the blink of an eye had bigger fish to fry. 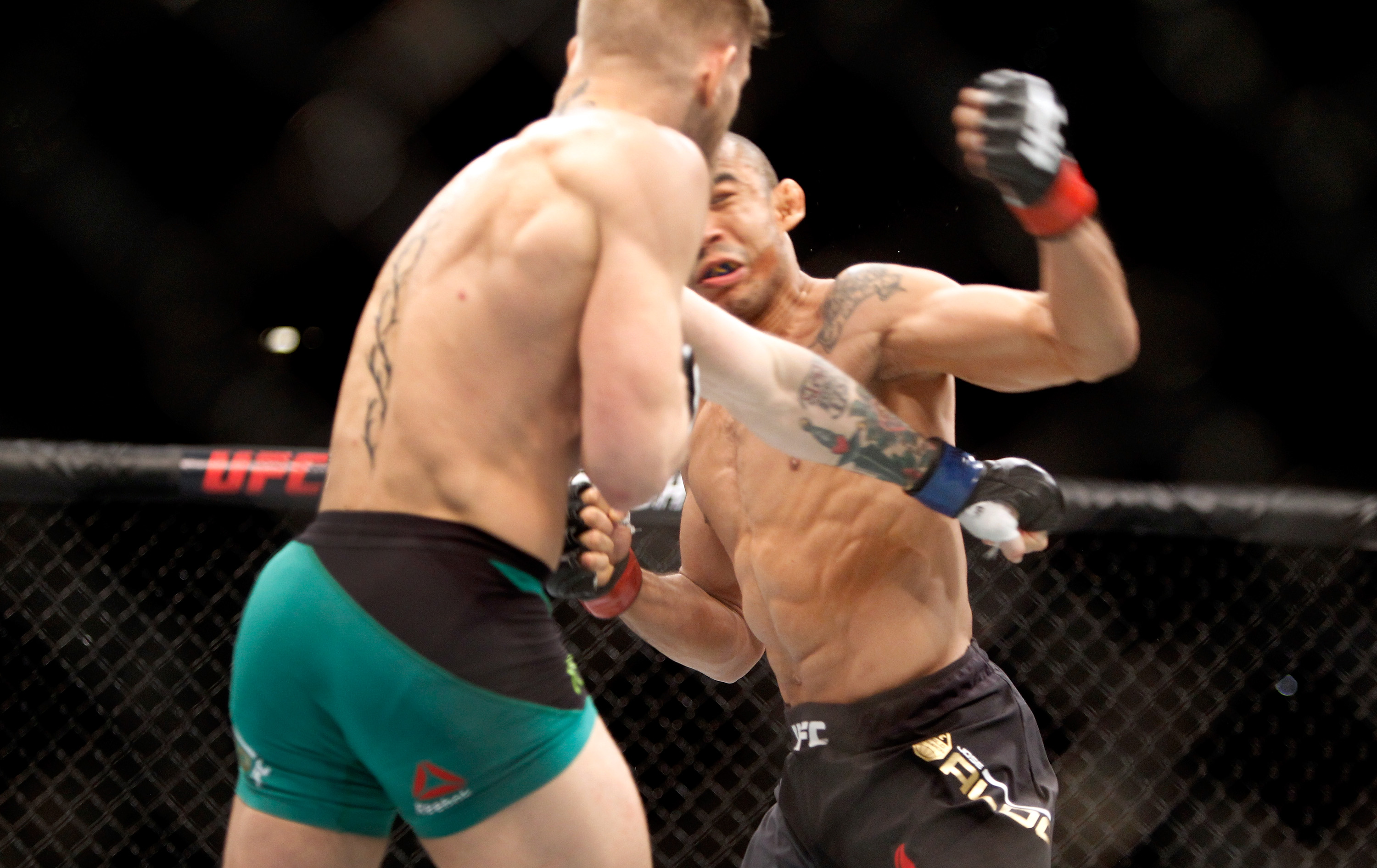 While that devastating loss gave Aldo the kick he needed to put on that stellar performance against 'The Answer' many fans were left screaming 'let it go!' at their screens every time Aldo had a complaint. McGregor put himself in a position where he could essentially call his own shots and get whatever fight he wanted. Aldo's sense of entitlement wouldn't get him another crack. It was out of his control.

END_OF_DOCUMENT_TOKEN_TO_BE_REPLACED

After being tormented on that world tour and during every media event in the build up to UFC 194, it is understandable how the flash knockout left Aldo as such a wreck. He was unable to the lay a hand on his adversary during that torturous time in close captivity, then when the cage door closed, it was the exact same story.

As much as we were all thrilled about McGregor's incredible achievement, there was another side to the coin. The scenes of Aldo with his head glued to the floor during the official announcement followed by the footage of him being consoled backstage were tough to watch.

McGregor was even sympathetic towards his vanquished foe directly after the fight ended.

McGregor revealed in the post-fight press conference that he had offered Aldo a rematch then and there. However, it is only when you hear the Dubliner uttering it in the premiere episode of UFC Sound Waves available to watch on Fight Pass that you feel the full weight of the offer.

You can't blame McGregor for failing to fulfill his vow. He has been working tirelessly to crossing off his goals in the sport and has made an astronomical amount of cash in doing so. He is by far the biggest superstar in the sport and at no point would a rematch against Aldo have propelled his career further than any other fight he has taken since.

However, it's equally difficult not to feel for Aldo. That repetition of the word 'again' must have been bouncing around his brain for a long time afterwards.