Jose Aldo is siding with the bookmakers when it comes to the as yet hypothetical clash between Conor McGregor and Floyd Mayweather.

In December, a Las Vegas sportsbook released odds on the potential bout and the line suggested that they were pretty confident of a Mayweather victory.

Westgate offered odds of 1/25 on the retired boxer getting his hand raised in the ring while 'The Notorious' was 11/1 to shock the world by downing one of the greatest of all time in his first foray into the world of pugilism.

'The Notorious' is not expected to fare well https://t.co/T9K6ilX84G

END_OF_DOCUMENT_TOKEN_TO_BE_REPLACED

And the victim of McGregor's most famous knockout agrees with that line as Jose Aldo foresees no scenario in which the Irishman gets the better of Mayweather.

"First of all, we don’t know if it will happen or not," Aldo said during a Friday Q&A, as transcribed by MMA Fighting. "There are a lot of things involved, mainly McGregor has a contract to follow so it’s hard to happen, but if it happens, I don’t think he has a chance."

Aldo was knocked out in just 13 seconds by McGregor at UFC 194 in December, 2015, in what was the Brazilian's first defeat in almost a decade. 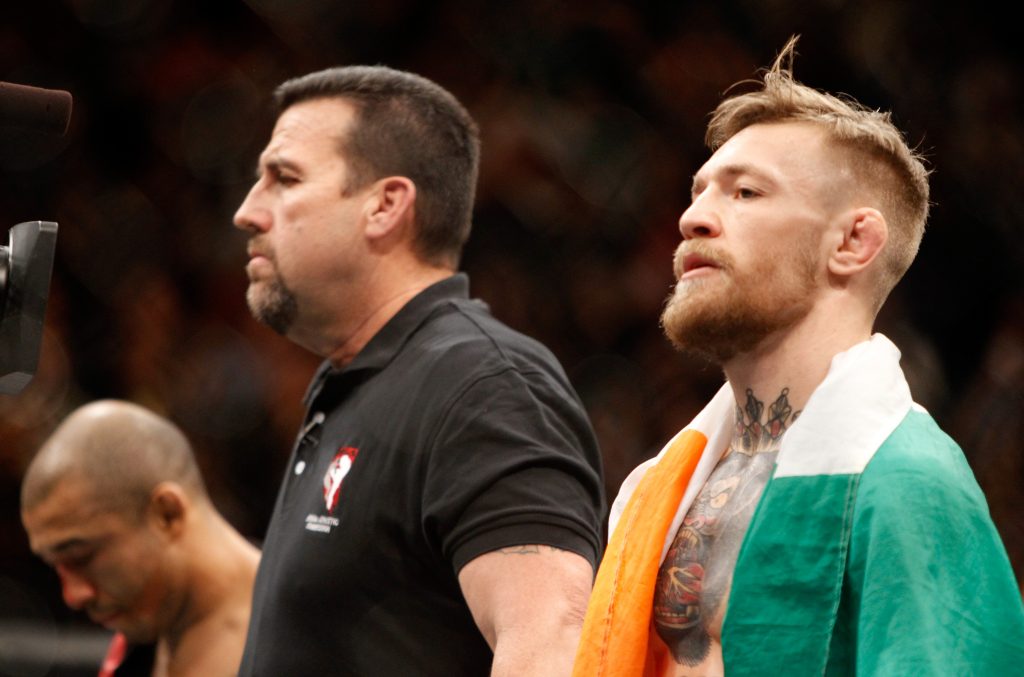 END_OF_DOCUMENT_TOKEN_TO_BE_REPLACED

And the fact that the current UFC featherweight champion wrote McGregor's victory off as a "lucky shot that connected" means that he has to concede that the Dubliner would, at the very least, have a puncher's chance against the best defensive boxer of all time.

"Mayweather has the experience of competing for years in the sport of boxing, so I don’t see how,” Aldo continued.

"Of course, it's a fight, but it’s hard for us MMA fighters to go to a different world challenging one of the best in the history. I don’t see a result different than a win for Mayweather."


popular
Former England Under-21 captain open to playing for Ireland
The four stone-cold certainties for All-Stars even as early as this
Kylian Mbappe reportedly wants PSG to sell Neymar
Eamon McGee just couldn't help himself with Armagh-melee tweet
"He's actually smiling putting the ball over the bar. He should nearly be fainting." - Ryall on Limerick's legacy
Andy Farrell goes for Munster veterans as Ireland team to face New Zealand named
Gavin Coombes one of four Irish players to push themselves into Test picture
You may also like
1 month ago
Conor McGregor says he knows his next UFC opponent and fight date
1 month ago
Commentating cage-side, Daniel Cormier missed the UFC knock-out of the year
1 month ago
Conor McGregor responds to Michael Chandler's callout after UFC 274
1 month ago
'All those guys are overpaid' - Dana White slams boxing salaries
2 months ago
Francis Ngannou wants a Tyson Fury clause in his new UFC contract
2 months ago
Daniel Cormier makes fair point about Dean Barry's UFC debut disqualification
Next Page