Jose Aldo appears to still be hurting from that stunning 13-second knockout at UFC 194.

The former UFC featherweight champion has launched a verbal assault on the king of the division following the reports that Nate Diaz v Conor McGregor II is in the works for UFC 200.

END_OF_DOCUMENT_TOKEN_TO_BE_REPLACED

Aldo, who was brutally knocked out by the Notorious in 13-seconds, told Esporte Espetacular that McGregor being submitted by Diaz at UFC 196 was an embarrassment and suggested that he should drop back down to defend his belt in his next trip to the Octagon... although he put it less politely than that.

"You will come back (to the featherweight division) with your tail between your legs after what happened, after that embarrassment. You will come back. My hand almost caught you, but when it does for good, you will sleep." 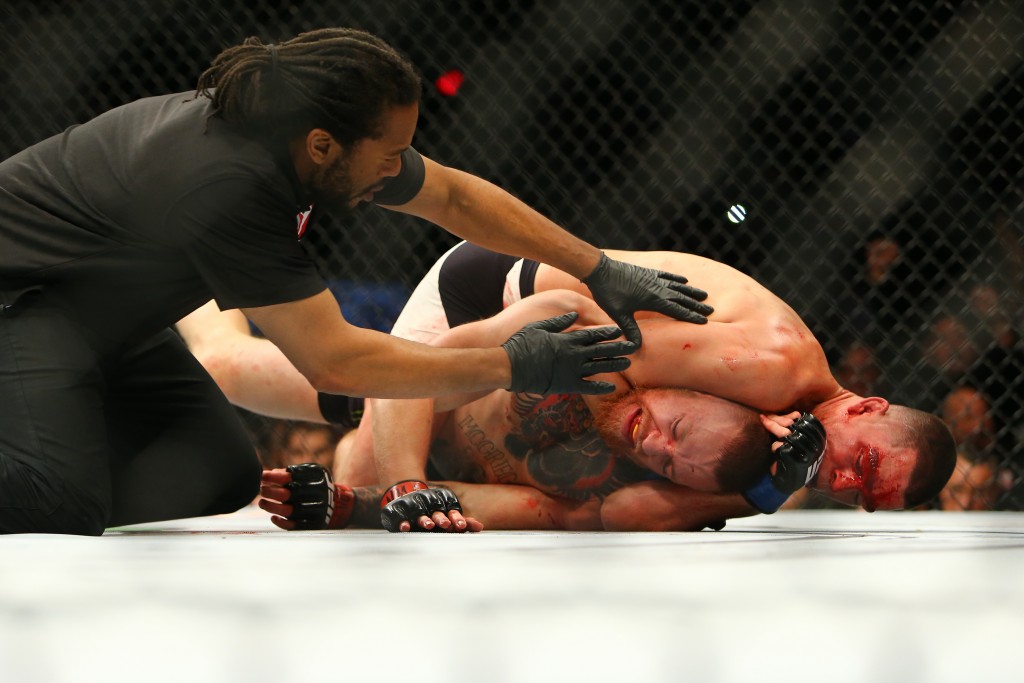 Unsurprisingly, Aldo then argued that the real rematch fans want to see at UFC 200 is himself against McGregor. He made the case that McGregor was so clear-cut and quick in his victory that he deprived the fans of an actual fight... the rapscallion.

"I’m waiting for the rematch. It’s the right thing to do in my opinion because there was no fight, and everybody wants to see a fight. Everybody wants to see me beating him up, and that’s what I’m going to do. I will run through him, that’s a fact. I don’t see other scenario in my head besides going there and winning, and getting my belt back."

Meanwhile, McGregor has done nothing but pay his respects to Diaz for being the better man on the night. Admittedly, this may change if the rematch gets booked.


popular
The FootballJOE Qatar World Cup 2022 Geography Quiz
World Cup 2022 Day 12: All the major action and talking points
Cristiano Ronaldo 'agrees £173m-a-year deal' with Saudi club
France demand FIFA change result of World Cup defeat over 'rule break'
Damien Duff makes 'brutally honest' England World Cup prediction after Wales win
Castleknock's Warnock the hero as Maynooth win first ever Ryan Cup final
"Nowadays, even if I don't hit a ball, I don't care as long as we win" - Gleeson learning from the past
You may also like
1 month ago
Dana White confirms Conor McGregor is not in the USADA testing pool
2 months ago
Hasbulla signs five year deal with UFC 'worth more than many fighters'
2 months ago
UFC fighter Elias Theodorou has died, aged just 34
2 months ago
John Kavanagh and Johnny Walker kicked out of T-Mobile Arena during UFC 279 main card
2 months ago
Conor McGregor took exception to one part of Nate Diaz victory speech
2 months ago
Nate Diaz and Tony Ferguson tossed together for UFC 279 main event after wild 24 hours
Next Page