Jon Jones unloaded on Twitter last night and it got nasty

Jon Jones no longer feels the need to feign the image of a wholesome individual.

While he spent the majority of his early years in the UFC viewed as a respectful, hard-working, God-fearing good guy, the former light heavyweight champion is something of a heel nowadays.

A hit-and-run incident in 2015 was followed by a failed drugs test last summer and Jones' nice guy image is no more.

And he seems to be embracing it. 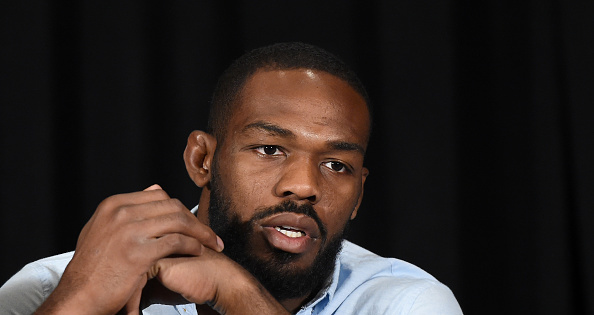 With the end of his current one-year suspension within sight, Jones has suddenly found his voice again as he prepares for his opportunity to regain the belt he never lost against his fiercest rival, Daniel Cormier.

END_OF_DOCUMENT_TOKEN_TO_BE_REPLACED

Cormier vs. Jones II headlines UFC 214 next month and one of the division's top contenders staked his claim for a shot at the winner when Alexander Gustafsson knocked out Glover Teixeira in stunning fashion on Sunday.

Having already been beaten by both Jones and Cormier, Gustafsson looked better than ever before in his native Sweden, where he put on a striking masterclass against the worryingly durable Teixeira.

"I don't like him," Gustafsson said of Jones after Sunday's bout.

END_OF_DOCUMENT_TOKEN_TO_BE_REPLACED

"I give him that. He’s the best fighter of all time. He’s the pound-for-pound best fighter in our division. Of course, everybody knows that. He’s never lost. He hasn’t lost yet. He’s demolished everyone he fights, but as a person, as a champion, he’s not a champion in my eyes. He’s not a good person in my eyes. That’s why I always say I hope 'DC' wins because I like the guy. He’s a worthy champion."

'The Mauler' and Jones put on a 205lbs war for the ages when they fought to a bruising decision four years ago.

And when 'Bones' got wind of what the Swede had to say about him, he took to social media and let rip in the early hours of Thursday morning.

Of course you are rooting for Daniel Gus, you might as well pray for him while you're at it.

And here's a little FYI, you didn't lose against DC and I because of your cardio, it was because your lack of heart.

I'm not a champion because you don't like my personality? Fuck you lol

"Jon Jones is a bad person" you sound like a fucking dork. Congrats on the engagement though, beautiful woman

Gustafsson eventually responded to Jones' rant when he woke up.

But the last word was left with 'Bones' who drew a line under his evening of angry tweeting.

Lol keep telling yourself that my son https://t.co/Iv0HoAJss5

Whatever Alex root for us both I guess. 🤔

Next time if you don't have anything nice to say, you know the rest. I'm done with you for now


popular
Peter O'Mahony riled by "petulant s**t" as Munster toasted by Dragons
The clear-cut differences between what Stephen Kenny and Dara O'Shea said, last night
Grim injury news for Seabelo Senatla after Bundee Aki's red card clear-out
Only fans with a wide range of Irish football knowledge will get full marks in this quiz
The largely ignored reason Ireland rely on James McClean and Jeff Hendrick so much
You'll be doing well to get 20/20 in this 2000s Gaelic footballers quiz
Kevin Cassidy believes former teammate should be the next Donegal manager
You may also like
2 weeks ago
Hasbulla signs five year deal with UFC 'worth more than many fighters'
2 weeks ago
Nate Diaz and Tony Ferguson tossed together for UFC 279 main event after wild 24 hours
1 month ago
Your guide to a huge weekend of sport and how to watch it all
2 months ago
Paddy Pimblett leaves O2 Arena in tears after dedicating victory to friend that died by suicide
2 months ago
Conor McGregor 'offered' blockbuster UFC title shot in January
2 months ago
Ian Garry makes American opponent rue pre-fight comments at UFC 276
Next Page