Conor McGregor does not need to fight again.

Unlike plenty of fighters in the UFC, McGregor is not in a position where financial constraints force him to fight three times a year in order to make ends meet.

'The Notorious' could comfortably retire at the age of 30, having opened up several revenue streams - like his lucrative venture into the whiskey business - during his rise to the pinnacle of mixed martial arts.

McGregor remains the biggest superstar in the sport and therefore he continues to be linked with several high profile fights.

However, the Irishman's head coach John Kavanagh has recently admitted that he would need to be persuaded to corner McGregor again because unless the offer of a thrilling challenge arrives, Kavanagh does not see the sense in fighting for the sake of it.

"He would certainly have to convince me to go again," Kavanagh told Paul Kimmage for the Sunday Independent. 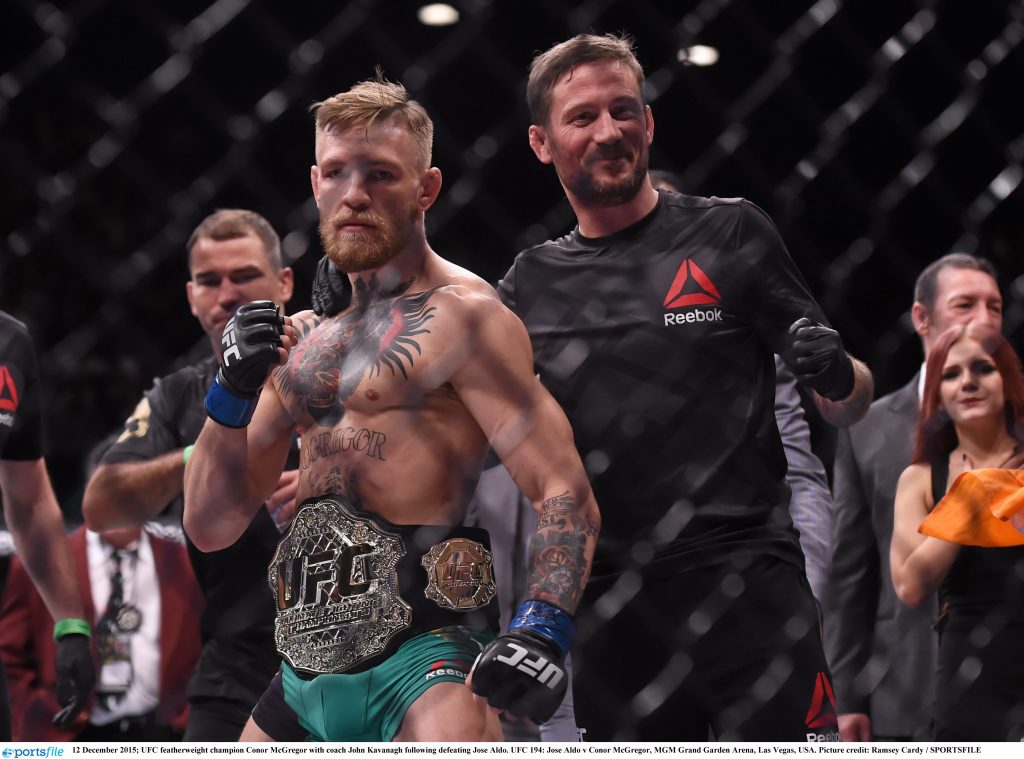 END_OF_DOCUMENT_TOKEN_TO_BE_REPLACED

"I love him. I love the whole journey we've had but I'd need a good 'why'. It might be Diaz again because he promised that fight. It might be a rematch with Khabib. But if it was just: 'Well, they want me to fight that guy' I think I'd say, 'I wish you the best.'"

McGregor's desire to continue testing himself will likely motivate him to return to the Octagon at some stage, with rematches against the likes of Max Holloway, Nate Diaz and Khabib Nurmagomedov all discussed in recent months.

And while the intrigue of a big-name match-up might well convince Kavanagh and the former lightweight and featherweight champion pairing to get back back to work, McGregor will be advised against outstaying his welcome in MMA by his long-time trainer.

Kavanagh added: "I'll come back to my reasoning. He has a wife and two kids now and I don't want him taking more hits than he needs to. Khabib hit him with a punch in that fight that he has never been hit with in his career. And even Superman slows down at some stage."

popular
Eric Dier calls Dele Alli on his tantrum in All Or Nothing changing room row
The SportsJOE 12 o'clock quiz | Day 181
Sean Kelly sums up emotion of a nation as Sam Bennett all but sews up the green jersey
"I've always said I'll go back and play. I'll 100% play with Portlaoise again, and I really want to play for Laois"
The Tipp minors who beat Dublin's golden generation: the ones that got away
QUIZ: Can you name the 5 Man United players in 15 seconds?
The SportsJOE 12 o'clock quiz | Day 179
You may also like
1 month ago
Daniel Cormier loses sight in his eye during controversial UFC 252 loss
1 month ago
Rhys McKee fails to slow down UFC's latest hype train at Fight Island 3
2 months ago
Max Holloway's class gesture after controversial UFC 251 loss transcends the sport
3 months ago
Dana White faces more retirement questions after Garbrandt and Nunes victories
3 months ago
Justin Gaethje tells Conor McGregor to wait his turn
4 months ago
McGregor the fighter just couldn't help himself
Next Page