"If you can't fight, you might as well stay at home."

Not exactly a tourism tagline Strabane will be pushing for any time soon but, James Gallagher insists, that was his reality, growing up.

The Bellator star has been fighting, in some form or another, for most of his 23 years on this earth. Already with 10 professional MMA victories under his belt, Gallagher is just a couple more wins shy of getting a featherweight title shot in Bellator.

He was on a rapid rise until a TKO loss to Ricky Bandejas in August 2018 softened that cough. The Northern Irishman regrouped, last year, and reeled off three straight wins to take his career tally to 10-1. 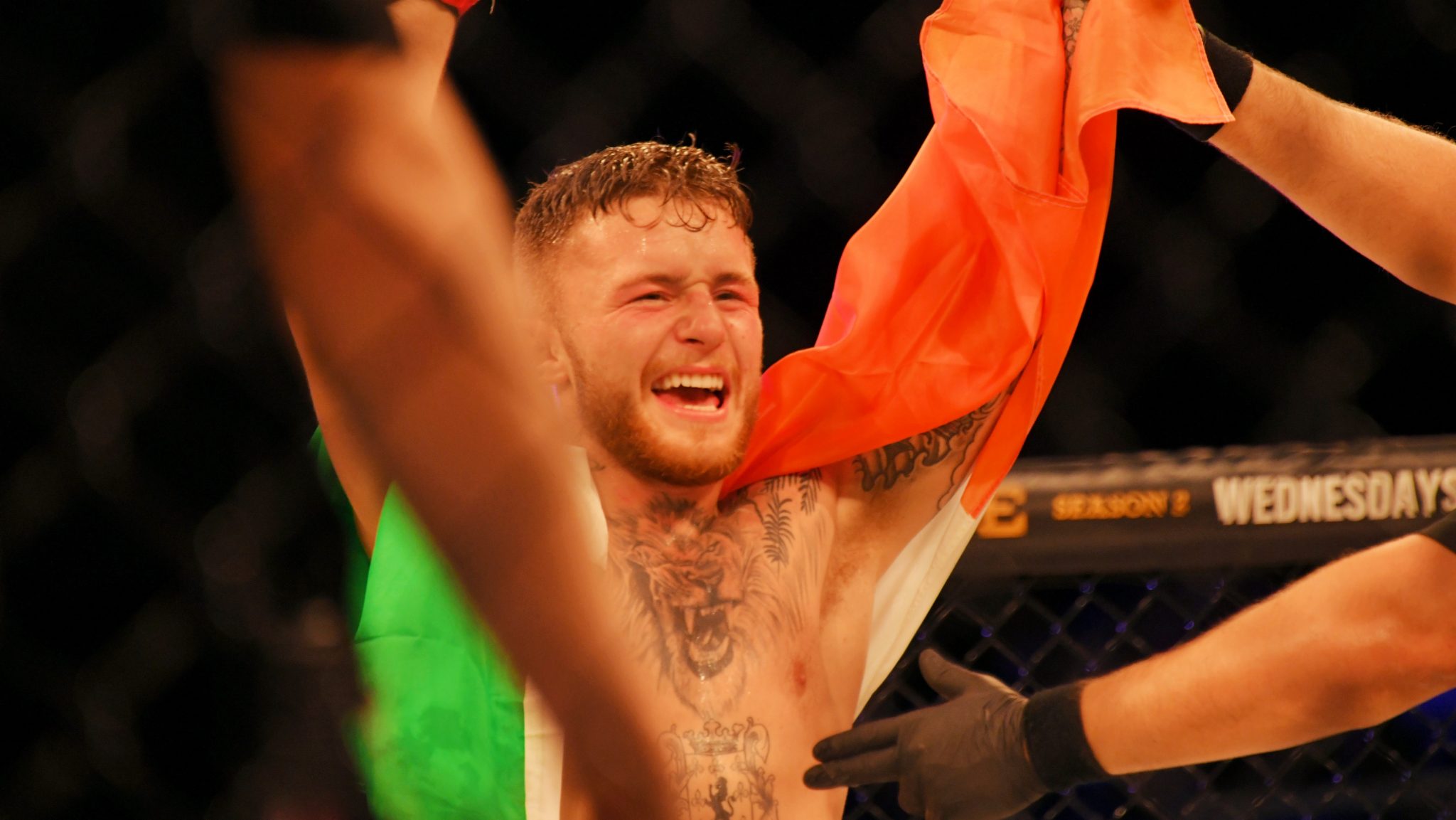 END_OF_DOCUMENT_TOKEN_TO_BE_REPLACED

Down in Cork, last weekend, at Fight Con Ireland, Gallagher spoke with Eugene Boicuks about his early days in Strabane, comparisons with Conor McGregor and his upcoming fight with Cal Ellenor.

Gallagher's trip down to the Rebel County was his first time back there since July 2016 when, at the age of 19, he earned his first MMA win over Mike Cutting. For Gallagher, it was the first step on a professional path that he had long envisioned for himself, years before he ever travelled to Dublin to link up with John Kavanagh at Straight Blast Gym.

"Growing up in Strabane is why I'm a fighter. When you grow up in these places, if you can't fight you're f***ed. If you can't fight, don't leave the house. Just sit in and play your Playstation. If you want to go out and play on the street, when you're 6, 7, 8, 9, it's heavy. You need to be able to handle yourself.

"And when you're a teenager, it's drifting out of my street and going to different areas, and stuff. It's a very hostile sort of place. You go into other places and they'll be like, 'This is not your area'. And I'd go, 'I'll go wherever the f*** I want to go, mate'. You have to fight to be able to go into these places and to be able to go where you want to go.

"That's just how I was brought up - to fight my way through. Fight for myself and stand up for myself."

END_OF_DOCUMENT_TOKEN_TO_BE_REPLACED

Gallagher says he started to give MMA his all when, at 13, he 'started to get into a bit of trouble' at home. "I was running around with an older crowd and doing things 19 and 20 year olds would be up to.

"One time my dad caught me up to no good. I was in trouble with the police and had a backpack with stuff in it that shouldn't be in it. The police came and my dad, then, just fired me into the back of a car and we moved away... we moved housing estates and he took me out and educated me. He said, 'Mate, look, you're going to be a fighter'." 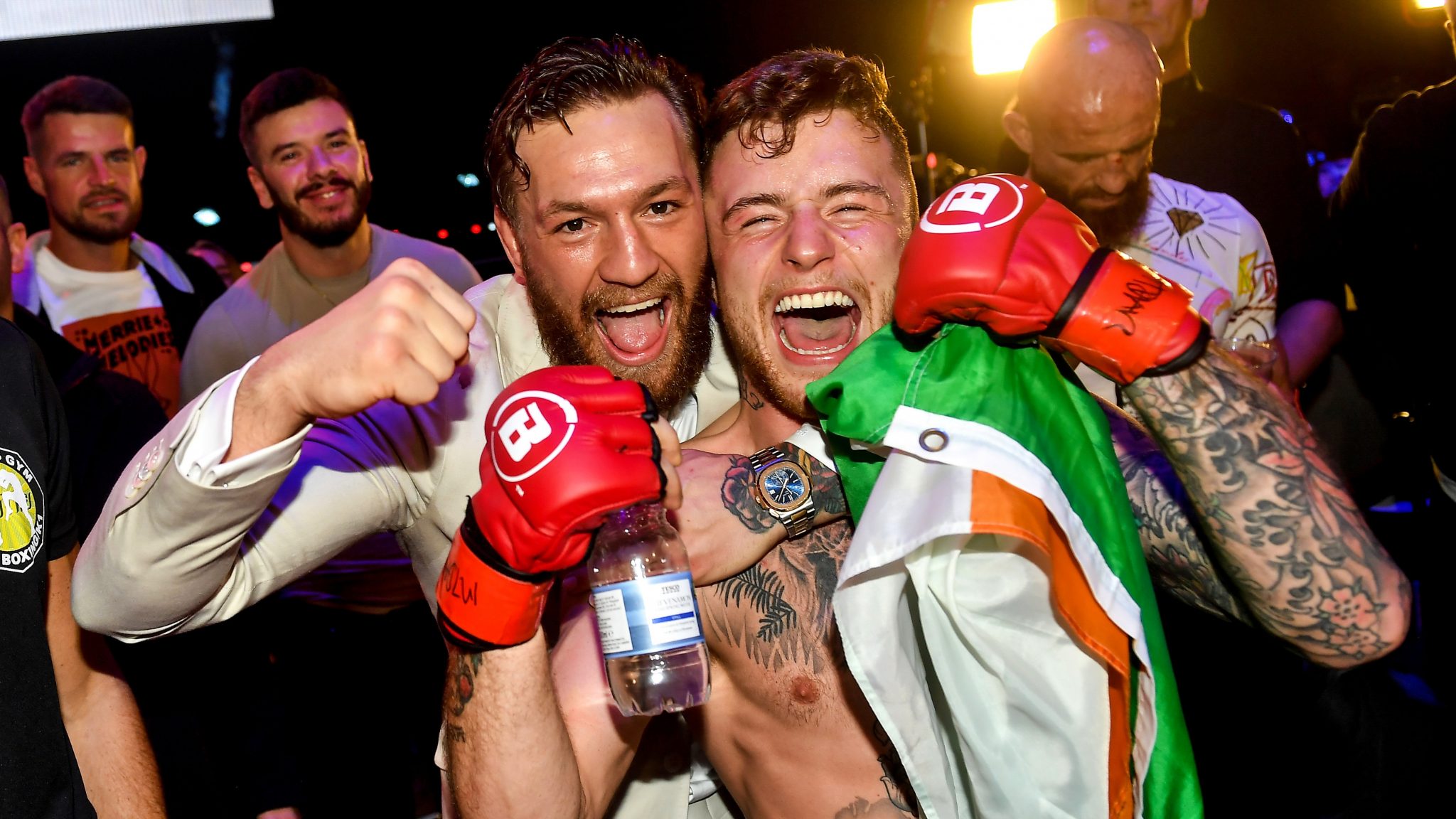 END_OF_DOCUMENT_TOKEN_TO_BE_REPLACED

Gallagher says he knuckled down, kicked on with his training and 'left all that s**t behind me'. His talent and commitment was spotted by his trainers and Kavanagh predicted, years ago, that this would be a young Irish fighter to watch closely.

Since he was 14, having been in training under Kavanagh and his fellow coaches, Gallagher has been in the orbit of Conor McGregor. As both fighters exceeded expectations and picked up wins - and with their brash talking styles - Gallagher and McGregor have been linked. There have been some claims that the Strabane native mimics 'The Notorious' but he has a resounding answer to that:

"He has paved the way. He did this on his own... I've now got a crew behind me that have seen it, done it and have worn the t-shirt. It's a lot easier for me, and that's down to him. People don't like to give him credit for that."

"Have you ever met Conor?" he asks. "If you ever met him, you'd know that we're not anything like each other at all. I take it [the comparisons] as a compliment. I want to be the biggest superstar in the world and that's the shoes he's in.

"It's like a joke. We're very different people but we come from the same background, but in a different way. We had the same sort of upbringing. I'm just a confident guy and I speak my mind. That's all it is. A lot of people don't speak their minds because they don't have a set of balls. That's just me. I'm not scared of a big fall. Criticise me all you want."

For 10 of his 11 fights, Gallagher has backed up his talk. Even when he was stunned to that Bandejas defeat, he wore the loss, admitted he had been bested and vowed to return back better than ever.

Next up is UK fighter Cal Ellenor and this will be the third time Bellator has tried to make this contest happen. Gallagher says he likes every fight to get personal and, as such, he has some rough words for Ellenor.

"I want him to cut me, and hurt me, and I want to just stand there and look at him. Here's another guy who doubts me. So I hope he catches me and I'm going to stand and laugh at him, and say, 'This is real, mate'. And then I'm going to f*** him up bad."