It really wasn't a good night for the young Strabane fighter who had been as brash as ever going into the fight.

The SBG man was dropped with a straight left mid-way through the first round before his opponent, Ricky Bandejas tee'd off on him to get the early finish.

The fight was billed as a title eliminator for Gallagher. He had moved down to bantamweight, but was tipped to challenge for both it, and the featherweight titles, had he of won.

Now, Bellator featherweight champion, Patricio 'Pitbull' Freire has stepped forward with some harsh criticism of Gallagher after his performance. 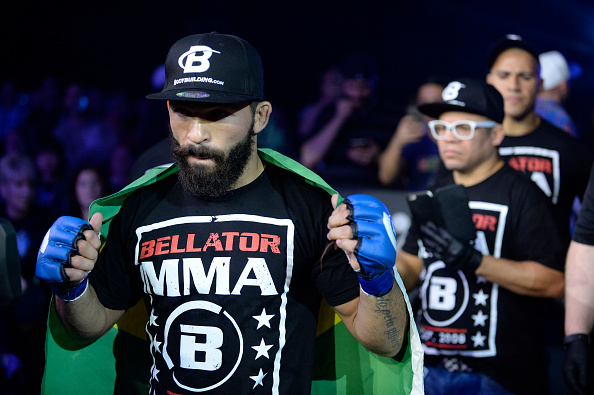 The Brazilian took aim at Gallagher as well as the rest of John Kavanagh's team of fighters.

Speaking to MMA Fighting on Friday he said, "First of all, you have to work to prove how good you are. What happens at McGregor’s team is that they all talk like Conor McGregor but they don’t do what he does. They try to do it. They gain notoriety by talking, and that’s a mistake. Tonight’s fight prove it.”

"He was decimated in the Bellator cage by a guy that was making his Bellator debut, Bandejas has a future, I believe he will be a great athlete at 135 pounds, but Gallagher was knocked out by someone that is still unknown." Freire continued.

Pitbull addressed the fact that Gallagher had discussed fighting him for the title before this bout, the Brazilian does not see now how the young Irishman could possibly fight him anytime soon. 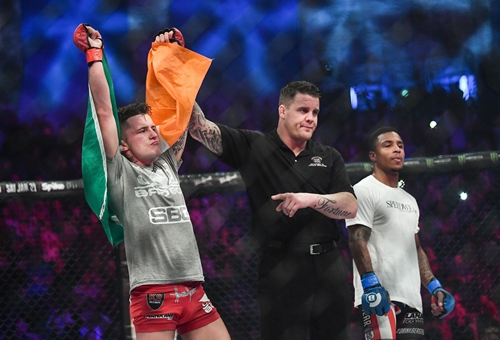 "Not taking anything away from Bandejas, but for the love of God… Gallagher was talking about fighting the bantamweight champion and fighting me. He has no clue about anything. He trains, he fights, but he doesn’t know where he stands. He’s in the lowest level of the sport and is talking crap about champions. This guy is nothing. It was good to humble him, to show him where he is, so he stops talking crap and trying to be someone he’s not."

At 21-years-old, Gallagher is still very young in his MMA career, he should bounce back form this shock defeat, it is inevitable that he will fight for a world title at some point in his career, but for now, it remains to be seen when that will be.

popular
Peter Sagan pays classy tribute ahead of Sam Bennett's big moment
Irish cyclist Sam Bennett delivers classic putdown to British cycling magazine
Sam Bennett admission shows how incredible his final stage win was
Luke Shaw steps up to make common sense plea to Ed Woodward
The SportsJOE 12 o'clock quiz | Day 183
"I didn't like how it came about, what with happened to Drico" - Gareth Thomas
The SportsJOE 12 o'clock quiz | Day 182
You may also like
3 months ago
Dana White faces more retirement questions after Garbrandt and Nunes victories
3 months ago
Justin Gaethje tells Conor McGregor to wait his turn
4 months ago
McGregor the fighter just couldn't help himself
4 months ago
"I'll go to Ireland; do what I gotta do" - Gaethje has plans for McGregor after title fight
4 months ago
"Donald showed up; Cowboy wasn't there. The wrong guy showed up"
5 months ago
"There's never been a rivalry as poisonous. It's an evil kind of buzz"
Next Page