We'll hear the famous opening lyrics of Anderson Silva's walkout song once more more as arguably the greatest fighter of all time has only gone and got himself a fight in February.

The most dominant middleweight of all time is set to return to the Octagon next month as he meets eighth-ranked 185lber Derek Brunson on the main card of UFC 208.

END_OF_DOCUMENT_TOKEN_TO_BE_REPLACED

Silva hasn't been seen since he saved the day and replaced Jon Jones on just days notice at UFC 200 as he stepped up to fight Daniel Cormier at light heavyweight.

The recent record of 'The Spider' does not exactly look great, as he has lost four of his last five outings and the one time he had his hand raised, against Nick Diaz, has since been overturned to a No Contest so Silva hasn't technically won a fight since 2012.

END_OF_DOCUMENT_TOKEN_TO_BE_REPLACED

A pair of defeats to Chris Weidman brought an end to one of the most stunning runs in UFC history as the Brazilian cleaned out the 185lbs division with aplomb and happily popped up to light heavyweight on occasion to show off his already incredible speed against bigger men. 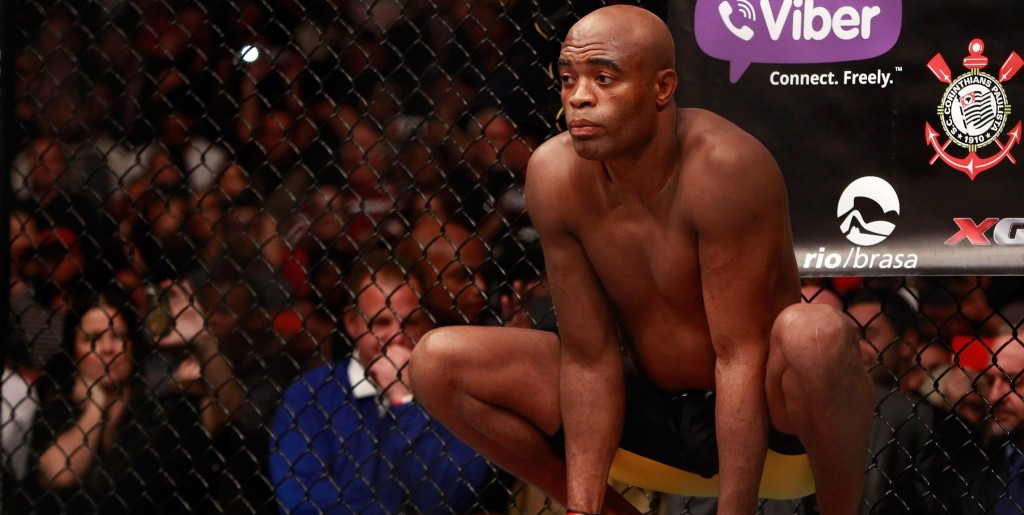 Brunson, meanwhile, saw his five-fight winning streak brought to a grinding halt when he was knocked out in the first round against Robert Whittaker in Australia last November.

UFC 208 takes place on February 11 at the Barclays Centre in Brooklyn, New York and will be headlined by the inaugural UFC women's featherweight title fight between Holly Holm and Germaine De Randamie.


popular
Damien Comer targeted in brutal, chaotic Armagh and Galway brawl
Roy Keane makes good on bet after seeing Cork fall to Dublin
Shane McGuigan does a 'Sueey' Cristiano Ronaldo would be proud of after winning MOTM
Conor Gleeson's gesture to heartbroken Ethan Rafferty a tonic after sideline brawl
Liverpool set £60m Mo Salah price as contract talks continue
"I have decided to stay in Ireland" - Oisin Mullin gives Mayo fans the news they have been praying for
Malcolm Ebiowei 'ignored Erik ten Hag text' before signing for Crystal Palace
You may also like
1 month ago
Conor McGregor says he knows his next UFC opponent and fight date
1 month ago
Commentating cage-side, Daniel Cormier missed the UFC knock-out of the year
1 month ago
Conor McGregor responds to Michael Chandler's callout after UFC 274
1 month ago
'All those guys are overpaid' - Dana White slams boxing salaries
2 months ago
Francis Ngannou wants a Tyson Fury clause in his new UFC contract
2 months ago
Daniel Cormier makes fair point about Dean Barry's UFC debut disqualification
Next Page