Tyron Woodley's beef with Dana White isn't just between the welterweight champion and the UFC president.

It all kicked off at the UFC 214 post-fight press conference when Dana White harshly criticised Tyron Woodley for successfully defending his title.

END_OF_DOCUMENT_TOKEN_TO_BE_REPLACED

Woodley handed the Brazilian jiu-jitsu black belt his first loss since February 2014, snapping a seven-fight win-streak that secured him the title shot. He stuffed every takedown, outstruck the Brazilian and even scored a knockdown. He did all this after suffering a shoulder injury in the first round.

Despite all this, White did the opposite of promoting his most active champion, the guy whose request for exciting money fights get shot down in favour of highly-skilled bouts against specialist which are destined to be 'boring.' 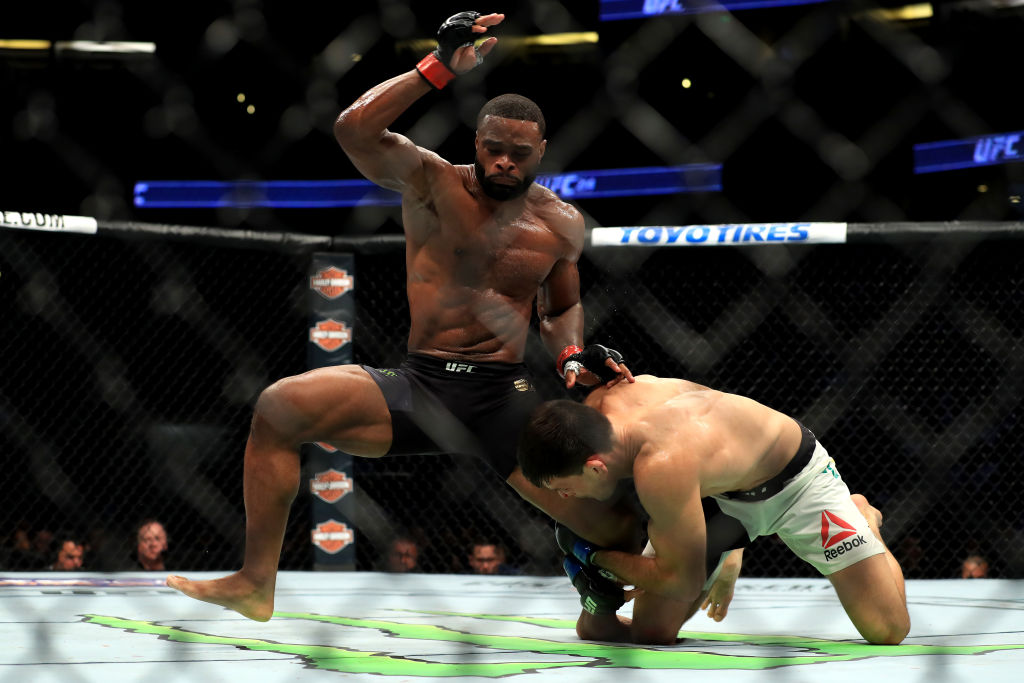 END_OF_DOCUMENT_TOKEN_TO_BE_REPLACED

Unsurprisingly, Woodley didn't take too kindly to White's comments. He fired back by threatening to leak 'shit that people don’t want to be out in the wind,' if he didn't receive a public apology from the president.

Less than 24 hours after making those comments, Woodley received a similar threat from rising welterweight Colby Covington, who sparred with the champ at American Top Team. Irish readers may remember the wrestler as the man who vowed to 'bury Cathal Pendred like the British buried the Irish'.

Don't worry boss @danawhite I know some serious dirt on @TWooodley that would ruin his life. #fake https://t.co/MK9SdXRgge

END_OF_DOCUMENT_TOKEN_TO_BE_REPLACED

Covington is riding a four-fight win-streak in the UFC's welterweight division and has his sights set on a title shot. Interestingly, he isn't one of the marquee names in the division, largely because his wrestling-heavily style isn't exactly a crowd favourite.

Hopefully, Woodley and White can settle their differences behind closed doors before this schoolyard shit escalates any further.

I have so much dirt on @ColbyCovMMA