There are no prizes for guessing who Chris Weidman is picking to win the UFC 205 headliner.

Having campaigned more heavily than any active fighter for the legalisation of mixed martial arts in New York, Weidman has been rewarded with a spot on the pay-per-view of the promotion's first ever event in Madison Square Garden.

Weidman cut it tight to make it onto the November 12 card but eventually the deal was done and he is likely to have more eyes than ever on him for his main card middleweight clash with Yoel Romero due to the fact that the event is headlined by the biggest draw in the sport in Conor McGregor.

END_OF_DOCUMENT_TOKEN_TO_BE_REPLACED

The lightweight title fight between 'The Notorious' and 155lbs champion Eddie Alvarez is expected to shatter pay-per-view records which likely won't have too positive an impact on Weidman's bank balance as he no longer receives a cut of the pay-per-view revenue.

But in terms of the biggest pop on the night, it will undoubtedly be Weidman who receives the most generous ovation from the NYC faithful as he was born and raised in Baldwin, New York.

END_OF_DOCUMENT_TOKEN_TO_BE_REPLACED

And when it comes to picking a winner from the main event, Weidman is unsurprisingly sticking with his fellow East Coast fighter.

“Alvarez actually trains with one of my coaches so I’ve watched him train, he’s a tough dude, man,” Weidman added. 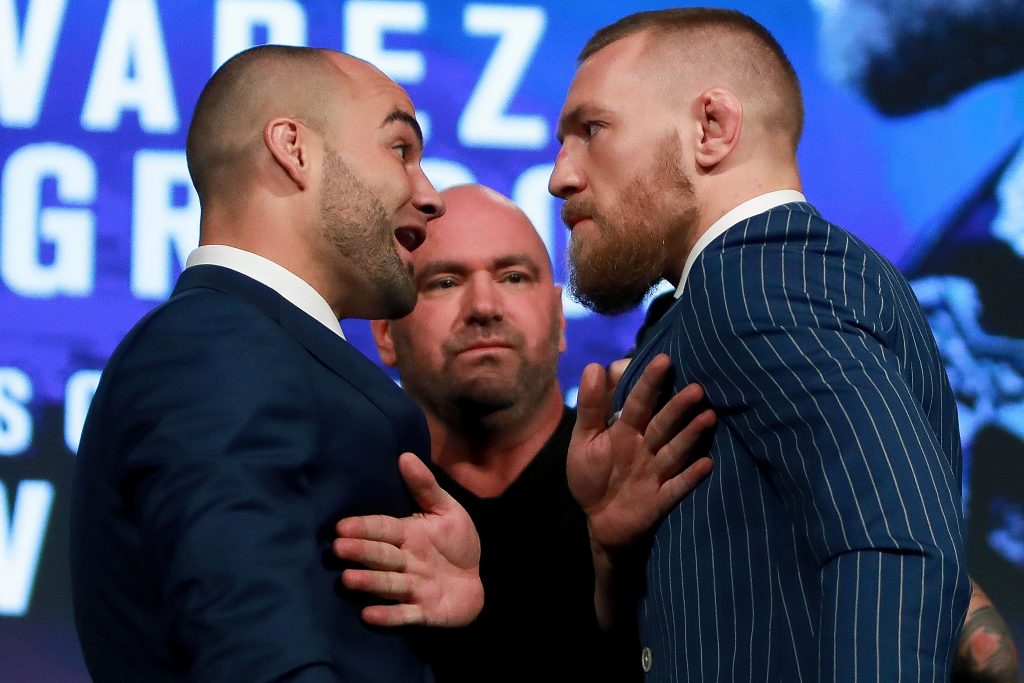 END_OF_DOCUMENT_TOKEN_TO_BE_REPLACED

“Alvarez is definitely the bigger guy. He’s gonna use his wrestling while Conor’s gonna try to keep it standing.

“It’s gonna be a tough fight but I’m going with Alvarez on this one.”


popular
Jamie Carragher on the two Man United players Erik ten Hag can't trust
"I went up to the Italians and gave them a big auld shoulder" - Paul O'Donovan does it again
Wexford Under-20 lights it up as Ferns win their first ever county title
Man United have 'decided to sell' promising midfielder James Garner
Wexford, Waterford and Kilkenny down some good men as Australia calls
Graeme Souness 'doesn't regret a word' of 'man's game' comments
Graeme Souness under fire for calling football a ‘man’s game' while sat with Karen Carney
You may also like
1 month ago
Jorge Masvidal speaks about defending BMF title against Conor McGregor
2 months ago
Dana White reveals who Conor McGregor could fight on UFC return
2 months ago
Your guide to a great weekend of sport and how to stream it all
2 months ago
Conor McGregor says he knows his next UFC opponent and fight date
3 months ago
Commentating cage-side, Daniel Cormier missed the UFC knock-out of the year
3 months ago
Conor McGregor responds to Michael Chandler's callout after UFC 274
Next Page