Floyd Mayweather has admitted that there's only one potential fight that would motivate him to dust off his gloves.

"The only thing that I'm probably interested in... is the Conor McGregor fight," Mayweather said.

Mayweather, retired since 2015, has seen his name thrown around in relation to a monster bout against the reigning UFC lightweight champion and he's not shying away from those links by any means.

END_OF_DOCUMENT_TOKEN_TO_BE_REPLACED

That talk gathered steam late last year when news broke that McGregor had been granted a boxing licence in California, leading many to believe that a career in pugilism was on the horizon for 'The Notorious'.

White also had his say on McGregor being granted a boxing licence... https://t.co/dFxSCndypO

END_OF_DOCUMENT_TOKEN_TO_BE_REPLACED

At that time, Mayweather's camp responded to that news by ridiculing it as no more than a publicity stunt from the Irishman but now the boxer has insisted that he already attempted to convince McGregor to sign a bout agreement, revealing the fee on offer.

"We tried to make the Conor McGregor fight," Mayweather told ESPN's First Take. "They know what my number is. My number was a guaranteed $100 million. That was my number. We're the A-side. 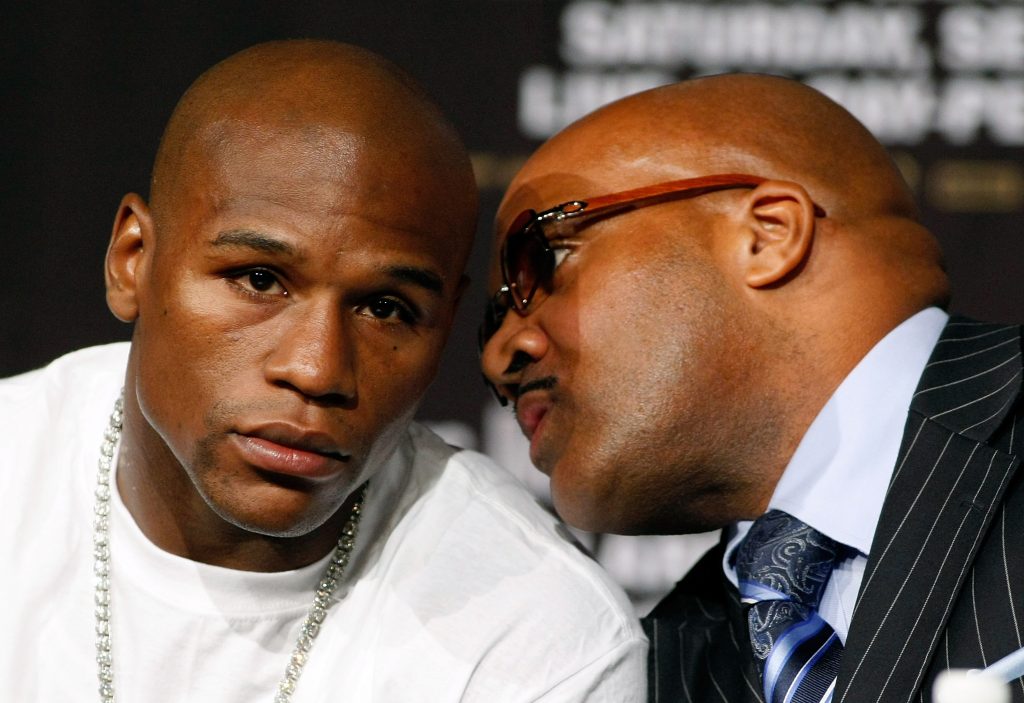 "I don't really know how much money he has made before. I'm pretty sure he hasn't even made $10 million in an MMA bout but we are willing to give him $15 million and then we can talk about splitting the percentage, the back-end percentage on pay-per-view, but of course we're the A-side.

"Conor McGregor keeps telling everybody he wants the fight. Let's make it happen!"


popular
Sean Dyche set to be named Everton manager after Marcelo Bielsa talks break down
Roy Keane flatly rejects longstanding perception of ex-Man United midfielder Paul Ince
Allianz National Football League Round 1: All the action and talking points
Conor McGregor hit by car ‘at full speed’ while cycling
Roy Keane leaves ITV pundits in stitches after Pep Guardiola's pre-match interview
Quiz: Identify these 15 football clubs that are not named after a place
"I don't like to fill my time that way" - O'Hora going his own way in an era of obsessives and covering all bases
You may also like
1 month ago
Ariel Helwani shares Paddy Pimblett WhatsApp messages as spat becomes public
1 month ago
Conor McGregor savagely hits back at Joe Rogan following PED comments
2 months ago
"There’s a new Irish superstar in town" - Young Derry fighter touted for UFC after big title win
2 months ago
Conor McGregor almost unrecognisable after shaving off iconic beard
3 months ago
Dana White confirms Conor McGregor is not in the USADA testing pool
4 months ago
Hasbulla signs five year deal with UFC 'worth more than many fighters'
Next Page