The most recent green tab on Fedor Emelianenko's professional record has been a source of much controversy.

The Russian legend's latest victory over Fabio Maldonado was contentious to say the least, with the majority of viewers scoring the contest for Maldonado.

Brazil's Maldonado had Emelianenko rocked on numerous occasions and it was shocking that the referee allowed the bout to continue when it appeared 'The Last Emperor' was all but unconscious in the first round. 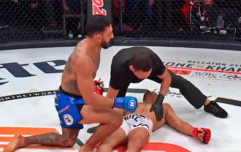 END_OF_DOCUMENT_TOKEN_TO_BE_REPLACED

That became less shocking with the explanation that the judges and referee in charge of the bout were employees of the Russian MMA Union, whose president is none other than Emelianenko.

The conflict of interest did not pass muster with Maldonado's team, who appealed the majority decision loss at Fight Night 50

World MMA head judge Radmir Gabdullin, the Union's vice president and a training partner of Emelianenko's, denied Madonado's appeal and has since been suspended. 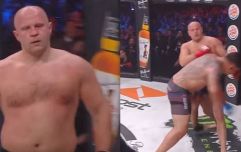 END_OF_DOCUMENT_TOKEN_TO_BE_REPLACED

Bloody Elbow's Karim Zidan, who has been at the fore of the story, revealed on Friday afternoon that the result of the bout had been overturned by the World Mixed Martial Arts Association due to Emelianenko's relationship with the Russian MMA Union.

Fedor's win against Fabio Maldonado has been overturned because of Fedor's relationship w/ the Russian MMA Union. New result is a draw. 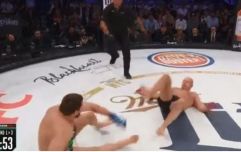 END_OF_DOCUMENT_TOKEN_TO_BE_REPLACED

Gabdullin said: "The WMMAA can express their views, but do not have the right to influence the judge's decision on the Russian professional promotion. This situation I regard as an unfounded attempt to take away a well-deserved victory from Russian legend Fedor Emelianenko."