One referee scored a razor-tight contest as 49-46 to the champion. Outrageous goings on.

Jon Jones has retained his light heavyweight title after a unanimous yet controversial decision win over Dominick Reyes.

The Californian challenger started like a freight train and, to most observers, took the opening two rounds with some punishing left-hand punches and combinations that lit Jones up. There was a knock-down for Reyes in the first round and a moment that told us 'Bones' was in for his toughest fight in years.

The champion was on the defensive more the opening stanzas but the third was more evenly matched. Ultimately, this was the round that decided Reyes' fate. 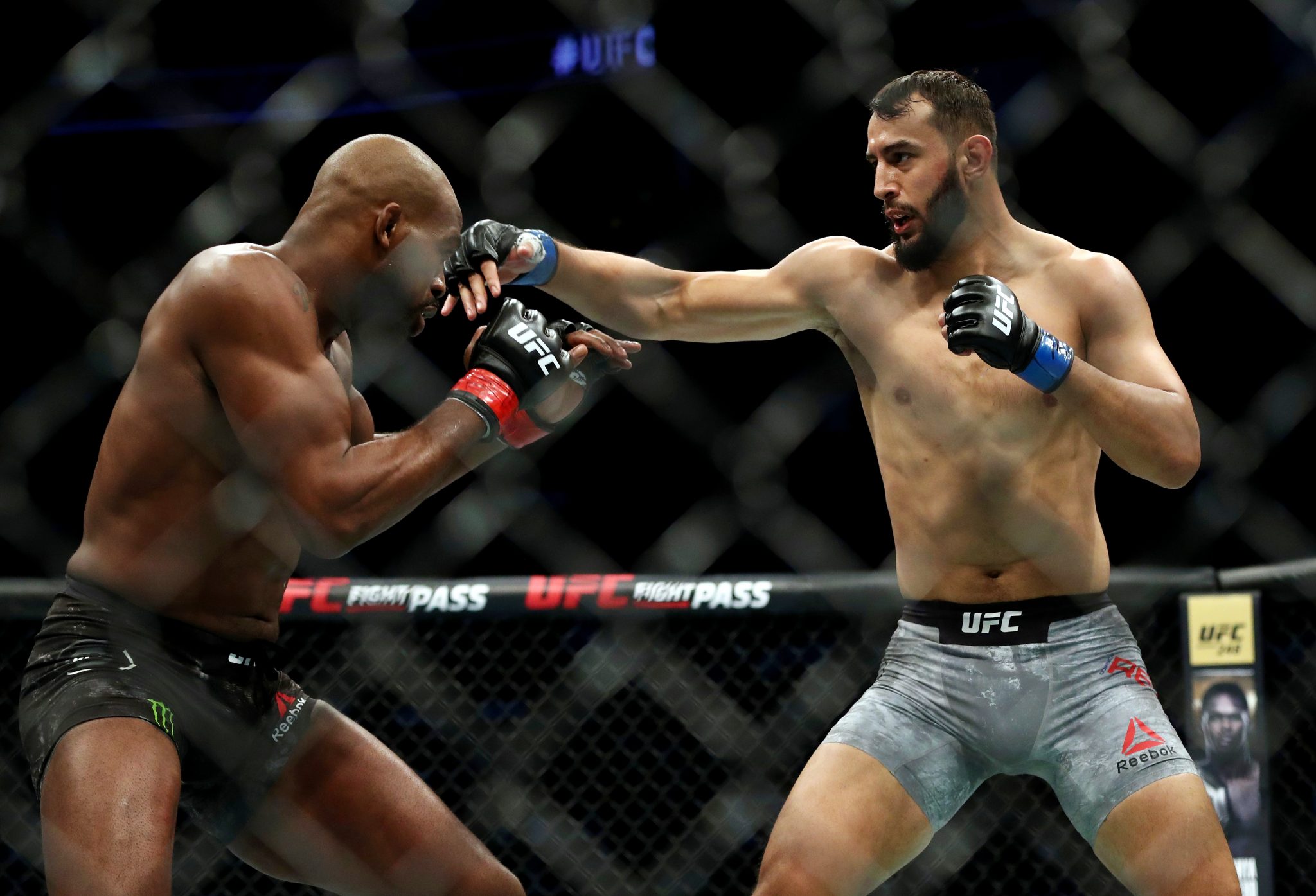 END_OF_DOCUMENT_TOKEN_TO_BE_REPLACED

Knowing that his belt was in jeopardy, Jones upped the ante in the championship rounds. He stalked Reyes around the Octagon and scored a few take-downs that won him favour with the judges. At the end of a gruelling five-round battle, both fighters raised their arms and took the acclaim.

Jones' only ever UFC defeat came when he was disqualified for illegal elbow strikes. He looked perilously close to seeing Reyes' arm raised but it was not to be for the challenger. Two judges scored the fight 48-47 to Jones while one, Joe Solis, went so far [too far!] as to score it 49-46.

END_OF_DOCUMENT_TOKEN_TO_BE_REPLACED

Jones said Reyes had earned his respect and he was open to an immediate rematch for the man that pushed him to the brink. As for Dominick Reyes, his reaction to the gutting defeat was as graceful as they come.

"I thought I won [rounds] one through three. He was on me four and five. He's a champion, he got those takedowns at the end, but I popped right back up, I didn't think they'd be a factor... it is what it is, I'll get better. This just proves I'm the real deal.

END_OF_DOCUMENT_TOKEN_TO_BE_REPLACED

An hour later, as the loss soaked in, Reyes had words for the judge that awarded the fight to Jones 49-46.


popular
"Every team did it!" - Paul O'Connell on Roy Keane comment to Ronan O'Gara that he couldn't deny
"It's crazy to think Bundee Aki might come straight in and start against Wales"
Five confirmed changes and guidelines to have big impact on 2023 Six Nations
Owen Farrell praises Johnny Sexton in revealing interview ahead of Six Nations
Ireland set for 82,000-seat World Cup opener as Arsenal reject huge Katie McCabe bid
CCCC order replay of All-Ireland club football final
Shane Lowry confirms amicable split from caddie after four and a half year partnership
You may also like
1 month ago
Ariel Helwani shares Paddy Pimblett WhatsApp messages as spat becomes public
1 month ago
Conor McGregor savagely hits back at Joe Rogan following PED comments
2 months ago
"There’s a new Irish superstar in town" - Young Derry fighter touted for UFC after big title win
2 months ago
Conor McGregor almost unrecognisable after shaving off iconic beard
3 months ago
Dana White confirms Conor McGregor is not in the USADA testing pool
4 months ago
Hasbulla signs five year deal with UFC 'worth more than many fighters'
Next Page