Jesus, Michael Bisping, tell us how you really feel about Dillon Danis.

Dillon Danis rose to prominence in the MMA community after being drafted into Conor McGregor's camp for his rematch against Nate Diaz at UFC 202.

Being in McGregor's inner circle gave him an exposure boost that he has really capitalised on. After announcing his intention to transition from Brazilian jiu-jitsu to MMA, the New Yorker was snapped up by Bellator on a multi-fight deal. He made a successful debut at Bellator 198, submitting some poor schmuck with a losing record who shares a name with a Premier League defender in the first round.

END_OF_DOCUMENT_TOKEN_TO_BE_REPLACED

Danis is an extremely confident young man. In the past, he has claimed to be Bellator's top earner. After beating Walker, he alluded to being the main draw on a card headlined by arguably the greatest heavyweight fighter ever. This cock-sure attitude coupled with his flamboyant style hasn't sat well with Michael Bisping. 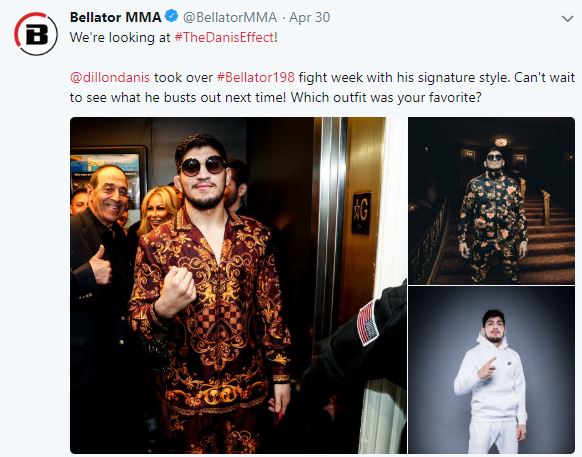 Bisping let loose on Danis during a recent episode of his Believe You Me podcast. In his eyes, Danis is trying his utmost to copy his superstar training partner's style. Although, he didn't make this point quite as eloquently as that.

"Not only is he Conor McGregor's jiu-jitsu coach, he's seeming to try to morph and copy McGregor's antics. Certainly his clothing. Conor does wear some fucking really nice, cool shit and Dillon Danis is like the poor, second-hand, overwashed, hand-me-down version because his clothes are fucking terrible (laughs). But, he's trying to be Conor so hard, it's laughable. He even said, 'After this weekend, I will own Bellator.' That sounds vaguely like a line where Conor said, 'I will own boxing.'"

When his co-host chimed in arguing that the shtick is working, Bisping agreed. However, he fired back with a couple of questions of his own.

"Does that mean you can't find that person annoying, Luis?" Does it mean that he's not an irritating, annoying fuck that he's purely ripping off his teammate and friend?" 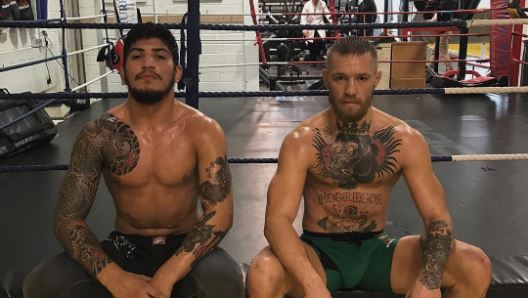 END_OF_DOCUMENT_TOKEN_TO_BE_REPLACED

Bisping gave the black belt under legendary coach Marcelo Garcia props on his skillset. He admitted that if he wasn't supremely talented, he wouldn't be where he is today. However, he just can't get on board with how he promotes himself or how he dresses, even if he admits it's effective.

"I'm just saying with the clothes, with the talk, with everything he's just a carbon copy of everything Conor does. But as I say, we're talking about him so it's working. He probably knows that this kind of behaviour, as it did with me, encourages more people to want to see you get knocked out than win. But at the end of the day, it doesn't matter. The bullshit that he's doing, the shit that he's spewing is working."

Haters and fans show up the same in ticket sale numbers and TV ratings. Why they tune in generally doesn't matter as much as how many tune in. Floyd Mayweather became the biggest PPV draw in sports history with this mindset, lest we forget.