SBG welterweight Dillon Danis and new UFC fighter Ben Askren continued their war of words into the weekend with Danis challenging the former ONE champion to a fight.

Danis initially commented under one of Askren's tweets claiming that it was weird for the UFC's latest acquisition to call out the promotion for their delay in announcing his first fight to which Askren responded with a series of insulting tweets aimed at the American. 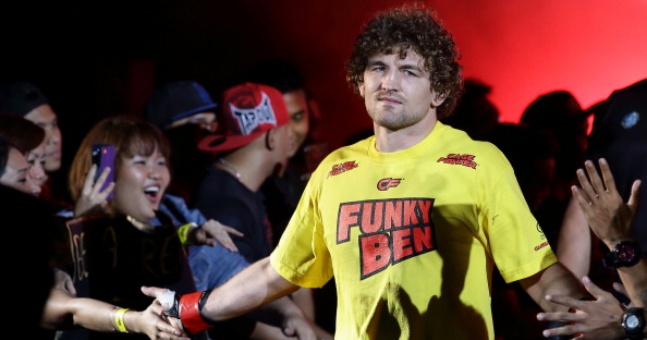 It doesn't look like he's stopping anytime soon... Although no official announcement has been mad...

END_OF_DOCUMENT_TOKEN_TO_BE_REPLACED

Danis responded to another one of Askren's tweets on Friday in which the former Olympian challenged any welterweight in the world to a fight, with the exception of  Sijara Eubanks (who missed weight for her UFC 230 bout with Roxanne Modafferi this weekend) with Danis inserting 'and me' to Askren's challenge.

Danis promptly deleted the tweet a shortwhile later but Askren continued to hound the SBG fighter and said that the 25-year-old was not a good enough fighter for promoters to even consider the idea of a fight between the two.

“No I’d fight you but you suck too much for any promoter to even consider the idea," Askren wrote on Twitter.

“Ha ha ha ha little boy @dillondanis gets roasted, deletes the tweet and runs away with his tale between his legs.”