"He was the better fighter, up to that point."

Daniel Cormier felt a degree of sympathy for Dean Barry after the Irish fighter suffered a disqualification loss on his UFC debut.

'The Sniper' came into the contest, at the UFC Apex, with a 4-1 record and was up against a guy that had previously fought Mickey Gall and Phil 'CM Punk' Brooks in his other two UFC outings.

END_OF_DOCUMENT_TOKEN_TO_BE_REPLACED

Jackson had a 'no contest' and loss on his pro record. The American was looking set for another defeat when Barry got a strike all wrong and poked his fingers directly into his right eye.

There was a long hold up as medics checked Jackson over but, when he said his vision was blurred at he could not continue that was a bow on the fight. 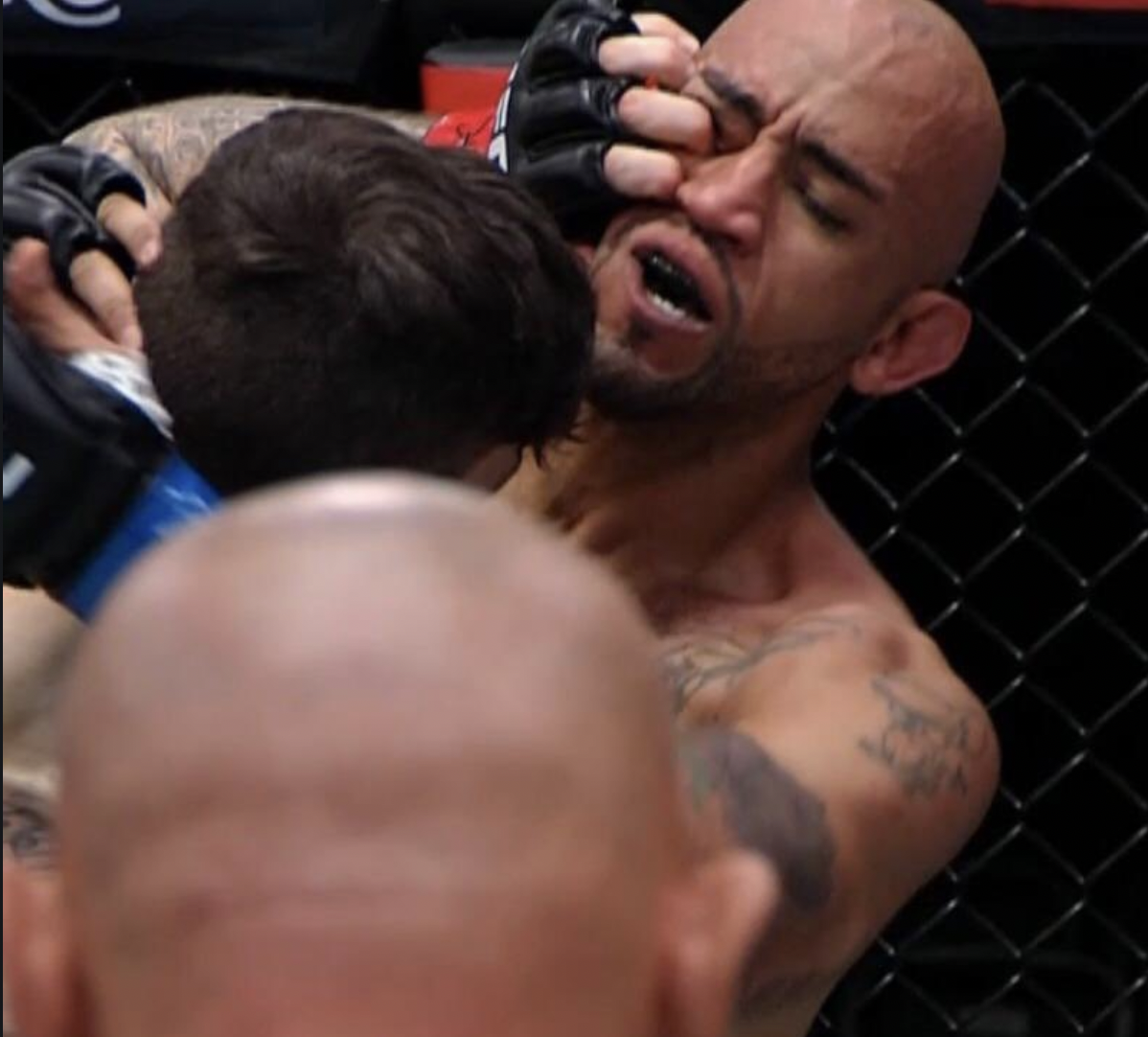 END_OF_DOCUMENT_TOKEN_TO_BE_REPLACED

Dean Barry was disqualified and was inconsolable as he reflected on what will go down on his record as a loss.

On co-commentary duty, former UFC light-heavyweight and heavyweight champion Daniel Cormier had some sympathy for Barry, but explained why a DQ was the right call.

"Here's the question. Dean Barry was the better fighter, up to that point. But I guess we cannot base our decision prior to what was happening before the foul.

"But it wasn't just once. There were three fouls. Early on, [the ref] warned Barry - 'Let's me careful and let's keep them up'. Then we had the low blow and then [the eye poke]."

Not how anyone wants to see a fight end.

The fight's been called after an eye poke from Dean Barry in the first. #UFCVegas52 pic.twitter.com/jPBG0ZEpty

Following the fight, Dean Barry took to Instagram to share some thoughts on a UFC debut that went badly awry.

'Had a lot of fun out there and dominated the fight,' he wrote.

'I felt a bit all over the place at first with the nerves, but I got to experience something most only dream of and I’m only doing MMA four years!

'Sorry Mike for the accidental eye poke. It wasn’t one bit intentional at all, brother, and I wish you well. I’m feeling good just a little upset and frustrated. At most, it should have been a No Contest, but this happens.

'Again my apologies for the eye poke never meant it to happen. I was seconds away from finishing the fight. On to the next one. Time for my right weight division. I got the UFC jitters out of the way now and I’m excited to get out again.'

In an earlier post, Barry stated he was "smoking" Jackson when the eye poke occurred. He would like to go back and fight again in the UFC at lightweight, in his next outing.


popular
Glass half full as Derry's positive play produces five fantastic goals to reach All-Ireland semis
Liverpool set £60m Mo Salah price as contract talks continue
QUIZ: How many of the 10 most successful football counties can you name without making a mistake?
Patrick Vieira claims he was 'much better' than Roy Keane in new interview
Éamonn Fitzmaurice explains Aidan O'Shea's best position and how it can be used against Kerry
Conor McGregor and Floyd Mayweather 'in talks' about a rematch
Matt Le Tissier says he asked Sky Sports why they never sacked Jamie Carragher
You may also like
1 month ago
Conor McGregor says he knows his next UFC opponent and fight date
1 month ago
Commentating cage-side, Daniel Cormier missed the UFC knock-out of the year
1 month ago
Conor McGregor responds to Michael Chandler's callout after UFC 274
1 month ago
'All those guys are overpaid' - Dana White slams boxing salaries
1 month ago
Francis Ngannou wants a Tyson Fury clause in his new UFC contract
2 months ago
Logan Paul opens door to fighting Paddy Pimblett in the UFC
Next Page