Fans will have to wait to hear an update on Conor McGregor's next fight.

Social media posts about McGregor's recent training would suggest that 'The Notorious' is gearing up for a return to the Octagon after seemingly making a U-Turn on his sudden decision to retire last month.

While he was in talks to fight this summer before his bizarre retirement announcement, it now looks like his next bout will take place later in the year.

UFC President Dana White sounded confident that McGregor would be back in action before 2019 comes to an end but face-to-face discussions about the Irishman's next move have been delayed to a later date.

White was scheduled to sit down with McGregor in Florida this weekend, when the UFC hosted a fight card in Sunrise, but the meeting never took place and the pair will instead meet up in Los Angeles. 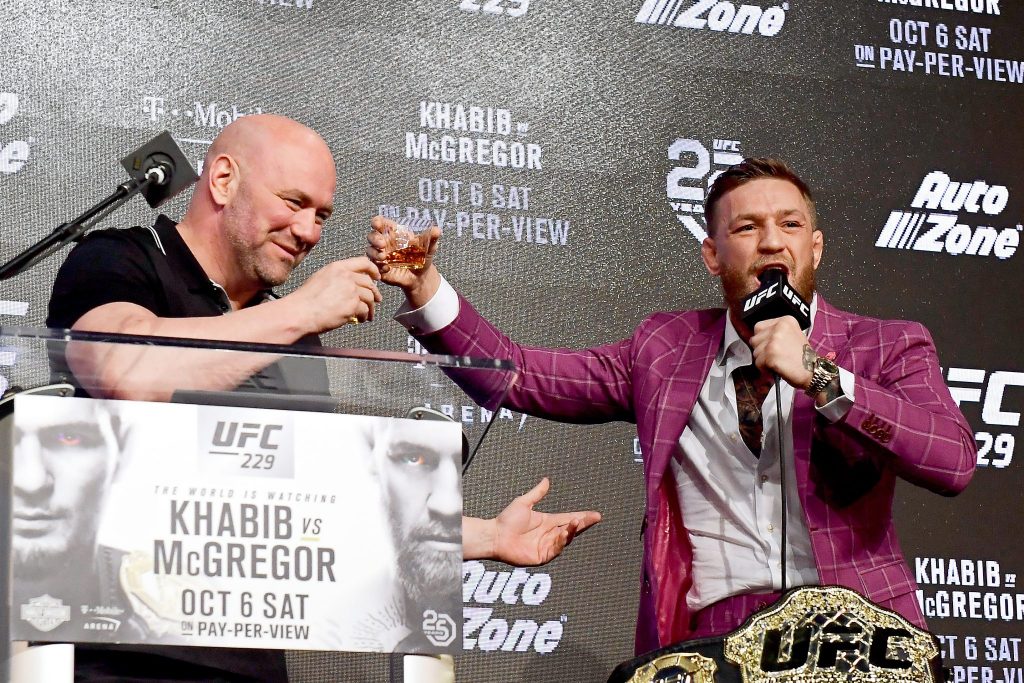 It's unknown when the meeting will take place but in all likelihood, it will happen before the UFC's California show in July.

END_OF_DOCUMENT_TOKEN_TO_BE_REPLACED

"I was supposed to meet with him down here; we’re going to meet in LA instead," White said on Saturday night, via MMA Junkie.

McGregor has been focusing on his boxing quite a bit in recent weeks, having returned to his boyhood boxing club to spar on several occasions before his exhibition contest against Michael McGrane last weekend.

McGregor is reportedly determined to secure a rematch with Khabib Nurmagomedov but the undefeated Russian is expected to make his return to action in a unification clash with newly-crowned interim UFC lightweight champion, Dustin Poirier, in September.

One potential opponent for McGregor is perennial 155lbs contender Tony Ferguson, who no longer shares a management company with McGregor after splitting with Paradigm Sports Management last week and choosing to have the Ballengee Group represent him in the future.


popular
"If Murray is playing that first half for England, he's probably Man of the Match"
Jacob Stockdale and Johnny Sexton not spared by English press
Baz & Andrew's House Of Rugby - Twickenham carnage
Triple Crown wrenched away as England scrape Ireland off their boots
'Were they up for it more than us? That's my responsibility' - Andy Farrell
ROG hits the nail on the head assessing Ireland's performance
Tyson Fury reveals what happened when he sparred Anthony Joshua
You may also like
1 week ago
Conor McGregor's next fight narrowed down to two options
1 week ago
Ben Askren on getting the opportunity of a life-time... after he retired
2 weeks ago
Dominick Reyes handles controversial Jon Jones defeat with remarkable grace
4 weeks ago
Conor McGregor demands apology from ESPN pundit over Cerrone comments
1 month ago
"I saw a guy that looked like he didn't want to be there for some reason"
1 month ago
"Conor's definitely going to be competing before the summer" - John Kavanagh
Next Page