And Dana White has stamped down on the issue by insisting that Kelvin Gastelum and John Lineker, both of whom came nowhere near their weight limit at last night's weigh-ins, will have to move up a division.

Gastelum, who won The Ultimate Fighter 17 as a middleweight, has fought exclusively at welterweight since the finale but has failed to reach the 171lb limit in two of his five fights since the drop, the latest of which came ahead of tonight's UFC 183 meeting with Tyron Woodley.

Meanwhile Brazil's John Lineker has now missed weight a record four times after weighing in at 130lbs last night for a flyweight clash with Ian McCall. 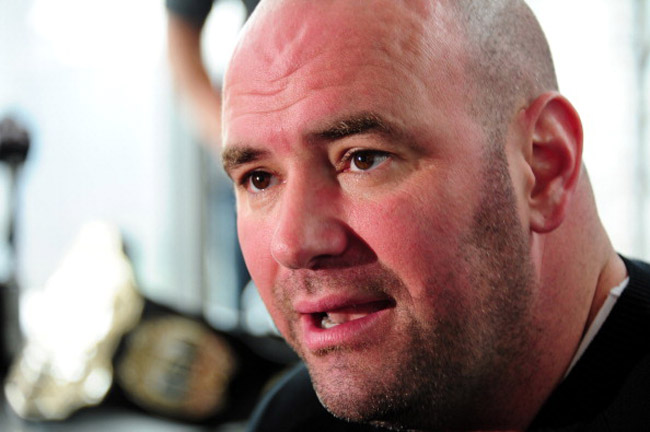 END_OF_DOCUMENT_TOKEN_TO_BE_REPLACED

But UFC president Dana White has made it abundantly clear that he will no longer allow either fighter to compete in their current weight class and that both will be moving up a division for future fights.

"Lineker will never fight at flyweight again," White told Combate. "He will have to move up to bantamweight."

END_OF_DOCUMENT_TOKEN_TO_BE_REPLACED

"Same thing with Kelvin Gastelum. This was the last time he will fight at welterweight. He has weight issues, had to go to the hospital and was cleared by the doctors to come to the weigh-ins. He came here 10 pounds over. He will have to move up to middleweight."


popular
World Cup 2022 Day 10: All the major action and talking points
Iran demand action by FIFA after USA team change flag on social media
Thibaut Courtois warns teammates after leaks emerge from Belgium camp
"I can absolutely say that I have never enjoyed a job more" - McKaigue revelling in new role as Slaughtneil GPO
Roy Keane's issue with Argentina star could rival Graeme Souness and Paul Pogba
"I have equal love for football and hurling" - Sheehy set for two Leinster finals in two hours
World Cup 2022 Day Nine: All the major action and talking points
You may also like
1 month ago
Dana White confirms Conor McGregor is not in the USADA testing pool
2 months ago
Hasbulla signs five year deal with UFC 'worth more than many fighters'
2 months ago
UFC fighter Elias Theodorou has died, aged just 34
2 months ago
John Kavanagh and Johnny Walker kicked out of T-Mobile Arena during UFC 279 main card
2 months ago
Conor McGregor took exception to one part of Nate Diaz victory speech
2 months ago
Nate Diaz and Tony Ferguson tossed together for UFC 279 main event after wild 24 hours
Next Page