If it's a big name replacement they're after, they don't come much bigger than Anderson Silva.

With news of Jon Jones being flagged for a potential doping violation by USADA, the UFC is left scrambling for the latest of last minute replacements for its landmark UFC 200 show.

Daniel Cormier insisted he's ready to compete against a stand-in and there have been plenty of potential ones thrown in the mix ever since Jones' removal from the card. 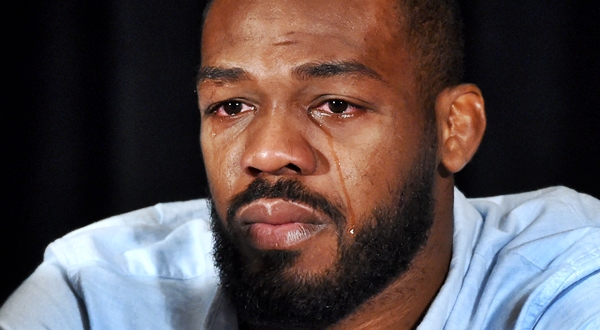 END_OF_DOCUMENT_TOKEN_TO_BE_REPLACED

Alexander Gustafsson, Michael Bisping and Ilir Latifi have all thrown their hats in the ring but, according to a report from Brazilian outlet Combate, former middleweight champion Silva has been selected as Jones' replacement.

Silva has fought at light heavyweight on three occasions in the past, winning all three by first round knockout, so he's no stranger to competing at 205 lbs.

Activity on the social media accounts of 'The Spider' would lead you to believe that Combate's report is indeed true as Silva took to Instagram and Facebook with the below photograph accompanied by the caption "It's time for spider!"

A post shared by Anderson "The Spider" Silva (@spiderandersonsilva)

But when journalists in Las Vegas reached out to Dana White for confirmation, they were met with a response denying Silva's claims.

White via text: Globo is wrong.

Per @danawhite via text, reports of Silva vs. Cormier “not true."

Just talked to a solid source with Silva's team. Said a potential Cormier-Spider Silva fight is "far from a done deal."

Further clarification from UFC official: "There is no fight made. We are talking to several fighters."

The crazy aspect of all of this is that weigh-ins for UFC 200 take place in less than 24 hours and, if fighters have to travel from different countries, a decision would have to made much sooner rather than later.


popular
"He rode him like a machine rather than a racehorse" - Mullins doesn't spare Townend as second string come good
"Remember that name" - Sonny Bill Williams raves about Ireland U20 star after outrageous try assist
Matt Williams wants two changes and Peter O'Mahony benched for Ireland vs. France
Peter O'Mahony reaction to Liam Williams scuffle shows he may finally be mellowing
Ireland vs Wales: All the big talking points, moments and player ratings
Two changes as familiar faces return to our Ireland team to face France
"The truth is I've never actually worked a day in my life" - Russell bows out on his own terms
You may also like
1 month ago
T.J. Dillashaw: Conor McGregor is right to pull out of USADA testing pool
1 month ago
Ariel Helwani shares Paddy Pimblett WhatsApp messages as spat becomes public
1 month ago
Conor McGregor savagely hits back at Joe Rogan following PED comments
3 months ago
"There’s a new Irish superstar in town" - Young Derry fighter touted for UFC after big title win
3 months ago
Conor McGregor almost unrecognisable after shaving off iconic beard
3 months ago
Dana White confirms Conor McGregor is not in the USADA testing pool
Next Page