We're not in for any Hendo-esque shocks when it comes to the next opponent for Michael Bisping.

Prior to the announcement of the UFC 204 headliner, not many would have been able to predict that veteran Dan Henderson, who had gone 3-6 in his previous nine fights, would get the chance to meet Bisping with gold on the line.

But it came to pass and 'The Count' successfully defended against Henderson in the main event in Manchester last month, avenging his UFC 100 defeat in the process. 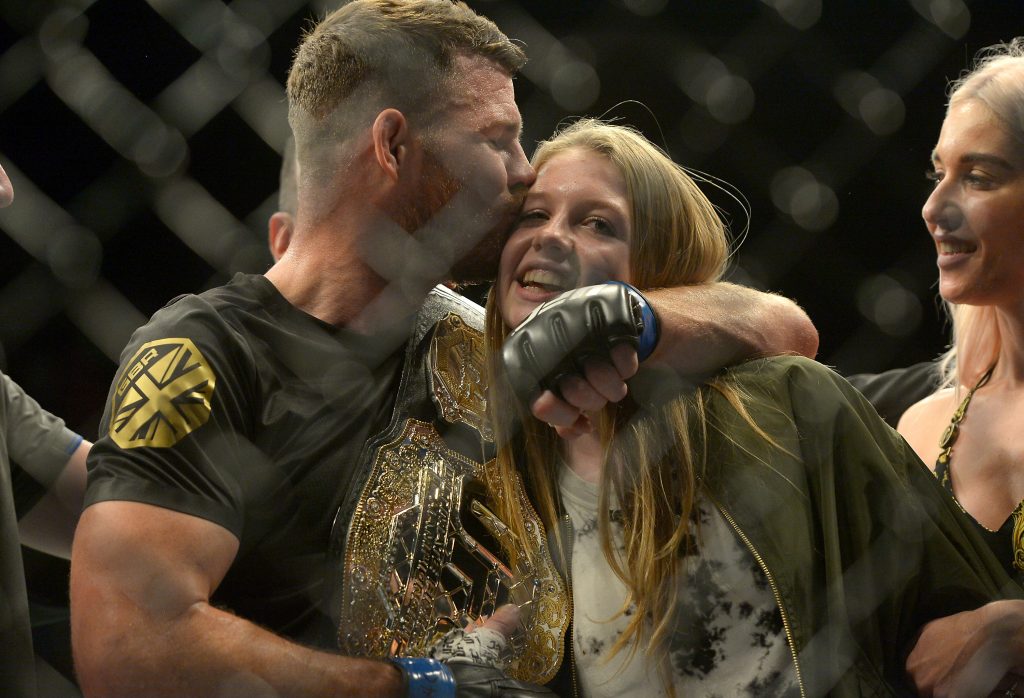 END_OF_DOCUMENT_TOKEN_TO_BE_REPLACED

However UFC president Dana White has insisted that Bisping's second title defence will be a somewhat more logical choice.

Ahead of UFC 205, White revealed that the winner of the main card clash between former champ Chris Weidman and Yoel Romero would get a shot at Bisping's belt.

"What's next for Bisping will be the winner of tonight's fight between Weidman and Romero," White said in a Facebook Q&A for MetroPCS early on Saturday evening.

END_OF_DOCUMENT_TOKEN_TO_BE_REPLACED

Romero left no doubt about his challenger status as he stunned Weidman with a slicing flying knee and, afterwards, engaged in a war of somewhat indecipherable words with Bisping, who was on analysis duty for Fox.

The Cuban Olympian was treated to two middle fingers by 'The Count' from his perch while Romero staked his claim for a title shot.

@bisping v @YoelRomeroMMA? Looks like it's on for the Middleweight title! The Champ is ready! #UFC205 #UFCNYC https://t.co/pe6QiQ2DBy

And White confirmed in the post-fight press conference that he felt Bisping vs. Romero was the most exciting fight to make.

Dana White says that Yoel Romero vs. Michael Bisping for the middleweight title is the fight to make

Originally, it was believed that November would play out in something of a mini-middleweight tournament, with the prize a title shot against the brash Brit but that was before the UFC Melbourne headliner between Ronaldo 'Jacare' Souza and Luke Rockhold fell apart due to an injury to Rockhold, the man Bisping beat to claim 185lbs gold.

Souza bizarrely took to the scales at the UFC 205 weigh-ins, where he was compensated as something of a potential alternate if either Weidman or Romero had failed to make it to fight night.

But Romero made it to fight night and then some, as Weidman's scar tissue will tell you.

And now it looks like he's set to test his freakish athleticism against Bisping, with the middleweight title at stake.


popular
Jamie Carragher on the two Man United players Erik ten Hag can't trust
"I went up to the Italians and gave them a big auld shoulder" - Paul O'Donovan does it again
Man United have 'decided to sell' promising midfielder James Garner
Wexford Under-20 lights it up as Ferns win their first ever county title
Wexford, Waterford and Kilkenny down some good men as Australia calls
Graeme Souness under fire for calling football a ‘man’s game' while sat with Karen Carney
Luke Chadwick recalls furious Alex Ferguson reaction when he rejected loan move
You may also like
1 month ago
Jorge Masvidal speaks about defending BMF title against Conor McGregor
2 months ago
Dana White reveals who Conor McGregor could fight on UFC return
2 months ago
Your guide to a great weekend of sport and how to stream it all
2 months ago
Conor McGregor says he knows his next UFC opponent and fight date
3 months ago
Commentating cage-side, Daniel Cormier missed the UFC knock-out of the year
3 months ago
Conor McGregor responds to Michael Chandler's callout after UFC 274
Next Page