For years MMA fans dreamt of a fight between Ronda Rousey and Cris Cyborg, however it never came to fruition.

Ronda Rousey took the MMA world by storm. The Olympic bronze medallist blitzed her way through opponents and promotions with ease, to the point that the UFC decided to back track on previous claims that women would never fight under their banner.

Rousey not only fought in the UFC, she became their biggest star. 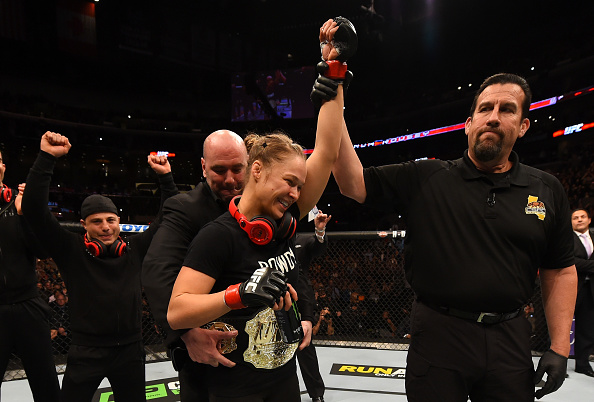 END_OF_DOCUMENT_TOKEN_TO_BE_REPLACED

Cris Cyborg on the other hand has been competing in MMA since 2005, and in 2009 became the first women to ever headline a card when she faced off against Gina Carano in Strikeforce. Despite her dominance, it would take Cyborg until 2017 before she would make her UFC debut.

The two women have long been the biggest stars in women's MMA, and a match up between the two had been speculated about for years, unfortunately for various reasons it never actually happened.

All seemed lost as Rousey suffered back-to-back defeats effectively ending her MMA career before she started competing in professional wrestling, whilst Cyborg has gone from strength to strength and has almost cemented her legacy as the greatest female fighter of all time. 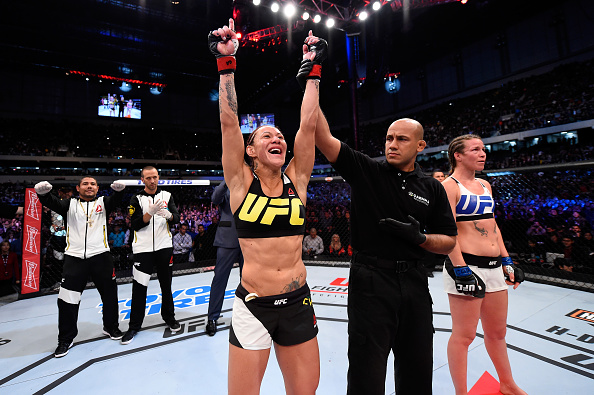 END_OF_DOCUMENT_TOKEN_TO_BE_REPLACED

As Rousey continues to grow under the WWE banner, Cyborg is preparing to fight bantamweight champion Amanda Nunes in a champion vs champion bout, making a match-up between the pair increasingly unlikely.

That was until news was reported that WWE officials are currently in talks with Cyborg for her to make the jump over to the professional wrestling circuit and fight Rousey on the grandest stage of them all... Wrestlemania.

Ariel Helwani broached the subject with the featherweight champion on his MMA show, where Cyborg refused to shoot down the possibility of a fight between the two.

"If it is happening, maybe we can give all the fans the fight they never (got to) see. Whether it's UFC, MMA or WWE, I think it would be great for all the fans if they would like to watch."

When asked if she would be interested if the deal was right Cyborg made her intentions clear, whilst also leaving plenty of speculation up in the air for fans. 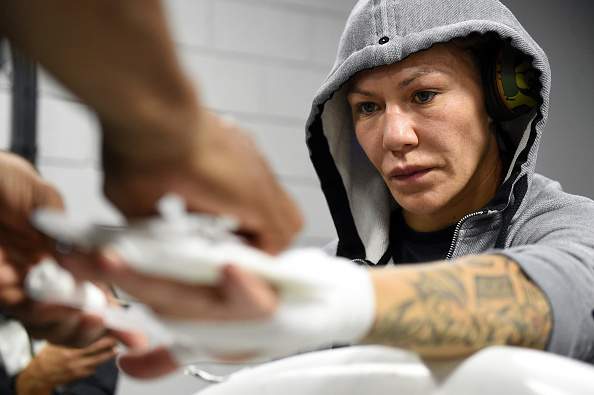 "Yes, it would be great... I talked with WWE about maybe doing some training there, but news coming soon. I don't want to say too much for now."

Helwani, a huge professional wrestling fan got excited at the prospect of the two finally facing off, something that fans have been crying out for since 2012.

"Yeah, it would be crazy." said Cyborg.

Wow, whilst it is not the dream match-up between the two that fans longed for, it is intriguing none the less.


popular
Roy Keane's issue with Argentina star could rival Graeme Souness and Paul PogbaA~WQA~~~~~~AAAA
Roy Keane cracked up Ian Wright and Gary Neville with England team spirit remark
Lionel Messi makes Gary Neville eat his words after "silk pyjamas" comment
Roy Keane takes moment on TV to pay tribute to his old team in Cork
Man United youngster causes scrap from the bench after throwing ball at Australia player
The nine England World Cup footballers who could have played for Ireland
'I was so stressed the week before the All-Ireland and I ended up having a panic-attack' - O'Shea and O'Sullivan open up
You may also like
2 months ago
Hasbulla signs five year deal with UFC 'worth more than many fighters'
2 months ago
UFC fighter Elias Theodorou has died, aged just 34
2 months ago
John Kavanagh and Johnny Walker kicked out of T-Mobile Arena during UFC 279 main card
2 months ago
Conor McGregor took exception to one part of Nate Diaz victory speech
2 months ago
Nate Diaz and Tony Ferguson tossed together for UFC 279 main event after wild 24 hours
3 months ago
Your guide to a huge weekend of sport and how to watch it all
Next Page