Curtis Blaydes said it's best for the current heavyweight champion Francis Ngannou to step into boxing instead of signing a new UFC contract.

'Razor' Blaydes spoke on The MMA Hour following his knockout victory over Chris Daukaus in Columbus, Ohio, on Saturday night.

Ngannou underwent knee surgery and is expected to sit out the rest of the year, his UFC contract expires in 2023 leaving him open to leaving the promotion. 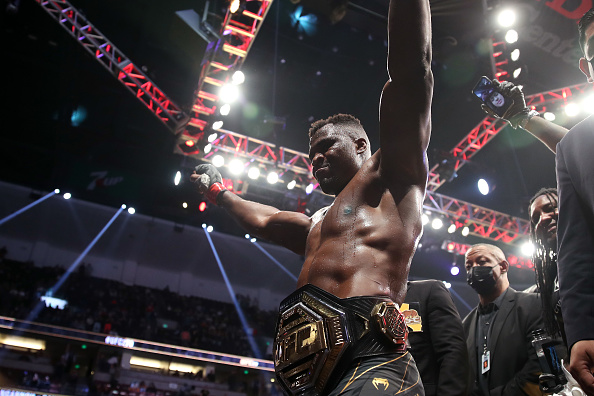 Blaydes advised Ngannou to go box one of the heavyweight boxing superstars - as it would be financially lucrative.

END_OF_DOCUMENT_TOKEN_TO_BE_REPLACED

The 31-year-old said if he was in the position of the Cameroon champion, he would make the move across to professional boxing.

"He would be rich. So if I’m him, I would let my knee heal up and get ready to box." 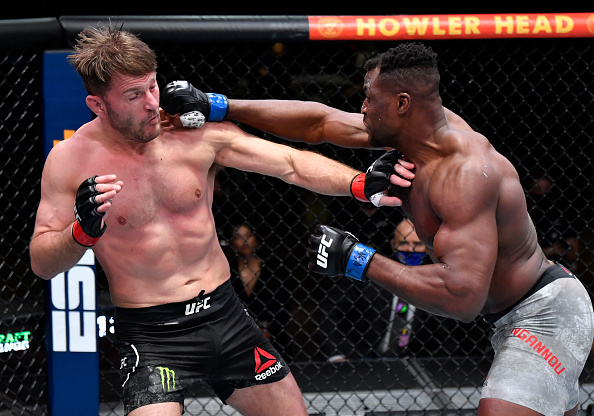 END_OF_DOCUMENT_TOKEN_TO_BE_REPLACED

Blaydes fought Ngannou twice in the UFC (2016 and 2018), the heavyweight champion knocked out 'Razor' Blaydes on both occasions. The number four ranked heavyweight knows what Ngannou is capable of.

The Colorado native thinks Ngannou is capable of competing with the top heavyweights in boxing - he addressed the difference the heavier gloves make but he still is adamant Ngannou has what it takes. 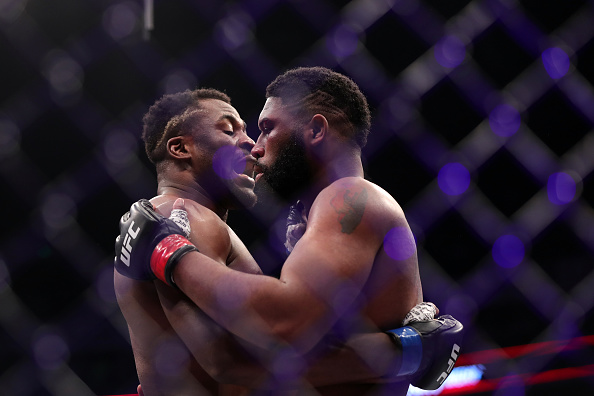 If the Cameroonian makes the transition over to boxing, Blaydes said he will make enough money from the superstar heavyweight fights to retire afterward.

"Based off the top boxers at the heavyweight division I’ve watched, I think he does well. I think he has the reach. We know he has the explosion and the athleticism. With those gloves, he may not have the same impact, but I think he can beat any of those guys," said Blaydes.

"It’s always good to know that there’s something on the other side of MMA, because you can’t fight forever, and at the end, you just want to get your money."

"That’s always going to be a good avenue. If you’re doing up your name and brand in the UFC and MMA, you have the opportunity to transition over into the boxing world, and you can make a lot of money at the end of your career."


popular
Allianz National League Round 2: All the action and talking points
Ireland vs Wales: All the big talking points, moments and player ratings
GAA defends their handling of Kilmacud Crokes and Glen replay saga
Alex Ferguson on how Owen Hargreaves was 'one of the most disappointing' signings he made for Man United
The SportsJOE Friday Pub Quiz: Week 9
Paul Ince was "disappointed" in Erik ten Hag after Man United beat Reading
Ireland team to play Wales: Andy Farrell's XV, the big calls and bold cuts
You may also like
1 month ago
Ariel Helwani shares Paddy Pimblett WhatsApp messages as spat becomes public
1 month ago
Conor McGregor savagely hits back at Joe Rogan following PED comments
2 months ago
"There’s a new Irish superstar in town" - Young Derry fighter touted for UFC after big title win
3 months ago
Conor McGregor almost unrecognisable after shaving off iconic beard
3 months ago
Dana White confirms Conor McGregor is not in the USADA testing pool
4 months ago
Hasbulla signs five year deal with UFC 'worth more than many fighters'
Next Page