'Adesanya's not well-rounded, he can't stop my American wrestling.'

Colby Covington has said that he wants to fight UFC middleweight champion Israel Adesanya next.

Covington beat Jorge Masvidal by unanimous decision in the main event of UFC 272 and is now eyeing up Adesanya as his next opponent. 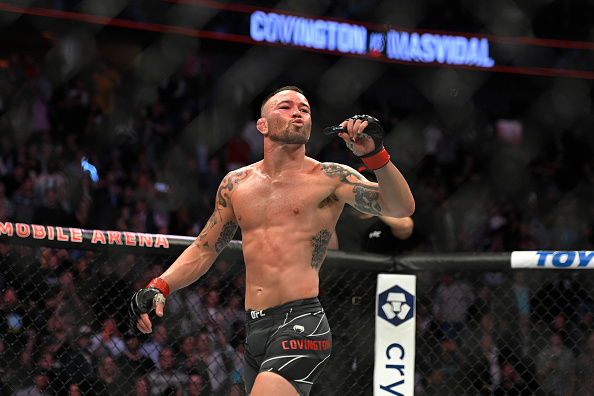 END_OF_DOCUMENT_TOKEN_TO_BE_REPLACED

Covington, 34, identified The Last Stylebender as a fight that he wants next following his victory over Masvidal at UFC 272.

The former interim UFC welterweight champion also noted that Adesanya does not have his next bout lined up. Therefore, the matchup between the pair appears to be the most obvious fight to make. 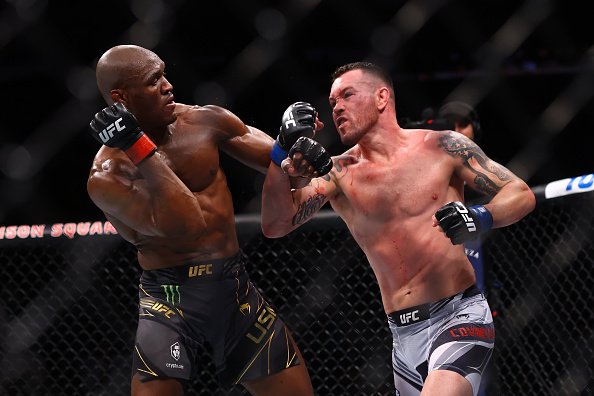 END_OF_DOCUMENT_TOKEN_TO_BE_REPLACED

"I think I can definitely go up to 185 and fight Adesanya. But I don't know if he's going to turn around like that," Covington told Submission Radio.

"He doesn't have a dance partner right now. I mean, some of the guys they're trying to line him up with, it's unoriginal. I beat Usman twice. Usman sucks, dude.

Covington also said that he feels he should have been awarded a victory in his rematch against Kamaru Usman at UFC 268 last November. The 34-year-old lost the bout via a narrow decision.

"Everybody knew in Madison Square Garden I won those last three rounds," he said.

"It was an easy win for me, easy decision victory. Unanimous. So, why can't I fight Adesanya?" 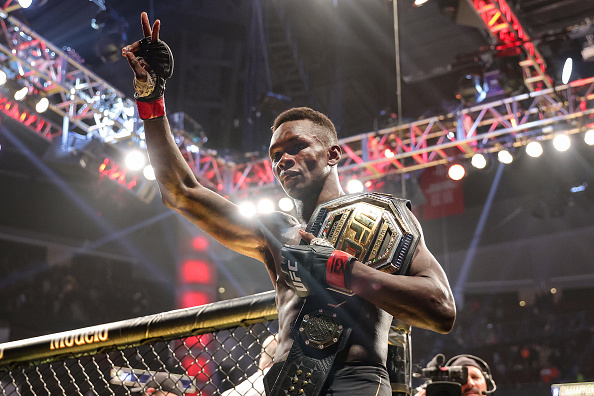 Covington on competing in 'big fights.'

'Chaos' also said he believes that the potential Adesanya title bout would be the "biggest fight possible" for both men.

Covington also feels that the Adesanya bout suits him stylistically. The 34-year-old has a greater wrestling pedigree than the Nigerian champion.

'Adesanya's not well-rounded, he can't stop my American wrestling', he said.

Covington said he would be prepared to fight Dustin Poirier due to their animosity between the pair which stems from their time as teammates at American Top Team. 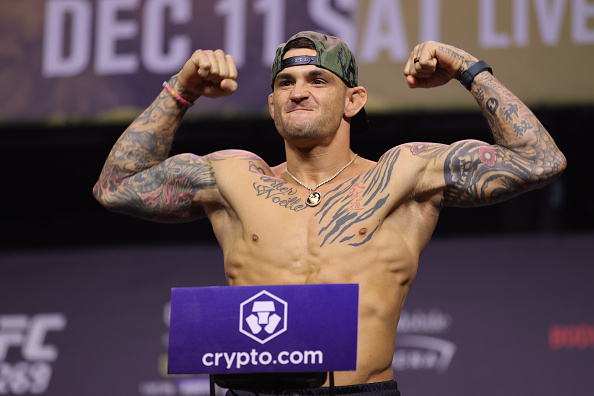 "But I'm waiting for the big fights to present themselves, and the two biggest fights in my mind, go beat up Adesanya, the guy who just has cardio kickboxing, he's not that good of a fighter, he's not well-rounded, he can't stop my American wrestling.

"Or fight Dustin, the guy who said it's on sight. He wants to come up to my weight class 170, he said this and that, he's supposed to be some pound-for-pound great fighter."


popular
Cristiano Ronaldo 'agrees £173m-a-year deal' with Saudi club
"Nowadays, even if I don't hit a ball, I don't care as long as we win" - Gleeson learning from the past
Argentina reach World Cup last-16 with convincing win over Poland
World Cup 2022 Day 11: All the major action and talking points
Thibaut Courtois warns teammates after leaks emerge from Belgium camp
Damien Duff makes 'brutally honest' England World Cup prediction after Wales win
The FootballJOE Qatar World Cup 2022 Geography Quiz
You may also like
2 months ago
Hasbulla signs five year deal with UFC 'worth more than many fighters'
2 months ago
UFC fighter Elias Theodorou has died, aged just 34
2 months ago
John Kavanagh and Johnny Walker kicked out of T-Mobile Arena during UFC 279 main card
2 months ago
Conor McGregor took exception to one part of Nate Diaz victory speech
2 months ago
Nate Diaz and Tony Ferguson tossed together for UFC 279 main event after wild 24 hours
3 months ago
Your guide to a huge weekend of sport and how to watch it all
Next Page