Owen Roddy is unsure as to whether Conor McGregor will retire following his fight with Khabib Nurmagomedov.

It has been two years since we last seen the SBG fighter grace the Octagon, which has led to many speculating as to whether he will retire following his UFC return.

The money McGregor was able to bank from his foray into boxing also makes retirement look like a possibility for the Dublin native. 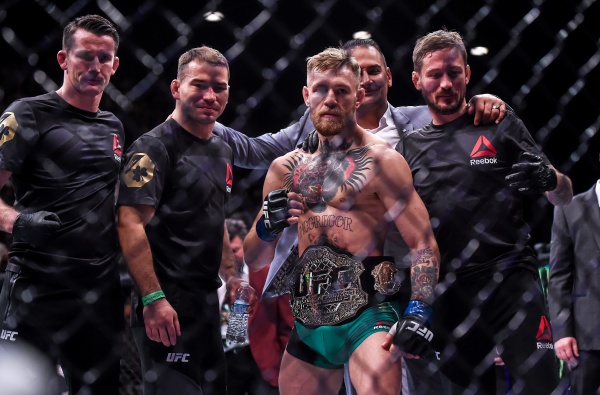 However, long-time stiking coach Owen Roddy is unsure as to what the Crumlin fighters next move will be following the highly anticipated bout with Khabib.

Speaking to Peter Carroll on his Eurobash podcast Roddy said, "I don’t know…I don’t think (he will retire)... I don’t look into the future to see what’s happening. Conor’s mentality hasn’t changed at all, so I don’t know."

The SBG coach believes that McGregor's future (as is normally the case) will come down to whether any big fights are presented to him that make financial sense and get the fans excited.

"I always say, it depends on what fights are available, I think, for Conor. As I said, if there is another big super fight and Conor feels like he would enjoy it, then he’ll do it. If the fans want it and stuff like that, I think Conor will take it," said Roddy. 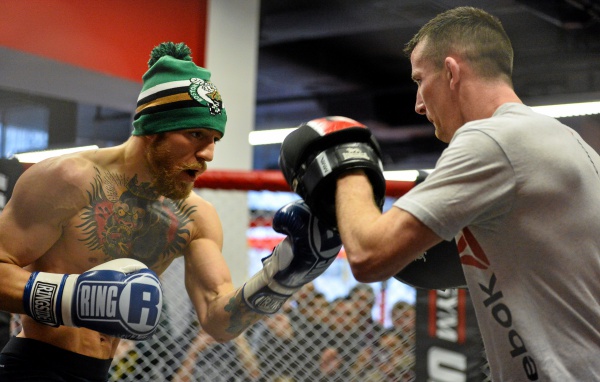 Roddy highlighted that this fight with Khabib is the possibly the biggest fight ever, and if another follows then it will probably be even bigger, such is the trajectory in which McGregor's career has gone thus far.


popular
Roy Keane cracks up Carragher and Hasselbaink with league title joke
'Go and get a job' - Ronnie O'Sullivan responds to Shaun Murphy's amateur player comments
Brian McGrath's powerful interview after county final win is club GAA at its finest
Marcus Rashford on Solskjaer chat with squad after Man United dismissal
"I've had stick my whole career" - Mike McCarthy on 'Plastic Paddy' jibes and singing the anthem
"People tend to forget I've managed before and I've done okay in the Premier League" - Keane on the defensive
Harry Redknapp describes Man United decision to appoint Ralf Rangnick as 'ridiculous'
You may also like
3 weeks ago
"The Irish are back, baby!" - Ian Garry pays tribute to McGregor after UFC victory
1 month ago
José Mourinho swaps Conor McGregor a Roma jersey for some whiskey
2 months ago
Conor McGregor nearly hits Chicago Cubs fan with wild first pitch at Wrigley Field
3 months ago
What are the dark circles on swimmers backs at Tokyo Olympics?
3 months ago
UFC legend brands Conor McGregor's antics a 'cry for help'
4 months ago
Joe Rogan sends McGregor invitation after explaining that post-fight interview
Next Page