As ludicrous as the very notion is, this would definitely be the most-watched bout between fighters with a combined 0-1 professional record.

Khabib Nurmagomedov's father has claimed that his son is open to the idea of giving Conor McGregor a rematch in the boxing ring.

McGregor is eager to run it back with Nurmagomedov after being submitted in the main event of UFC 229 last month but it's unlikely that he will get another immediate shot at the UFC lightweight title.

END_OF_DOCUMENT_TOKEN_TO_BE_REPLACED

But Nurmagomedov's father, Abdulmanap, has claimed that a rematch could well take place in the boxing ring.

"As for the fight against Conor according to the rules of boxing, we are interested in such a fight," Abdulmanap Nurmagomedov told Russian publication Izvestia, as translated by talkSPORT.

END_OF_DOCUMENT_TOKEN_TO_BE_REPLACED

"Khabib showed that he is able to win the best drummers of mixed martial arts," he added. "He talked about this before, but few believed it.

"However, after bright victories over Michael Johnson, Edson Barboza and Conor, [people] begin to believe. Nurmagomedov is able to do it in the boxing ring. Khabib has all the skills to win by the rules of boxing. One of the key skills can be called endurance."

The reigning UFC 155lbs champion hinted at a desire to switch codes to meet undefeated boxing great Floyd Mayweather but the possibility of that bout taking place has been laughed off by UFC president Dana White. 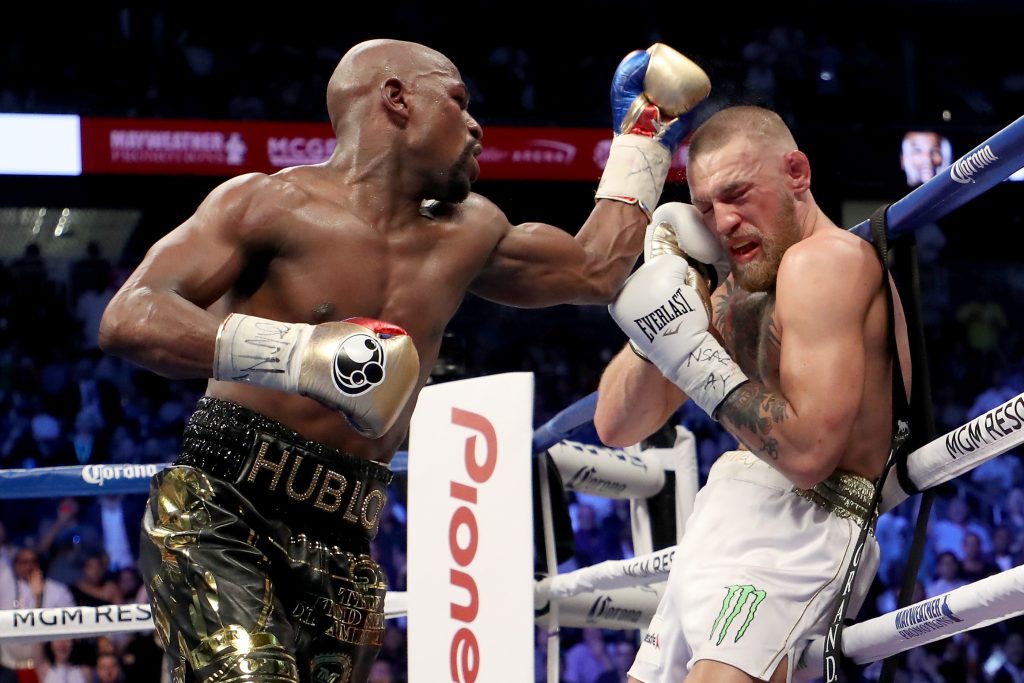 END_OF_DOCUMENT_TOKEN_TO_BE_REPLACED

McGregor was stopped in the tenth round of his professional boxing debut against Mayweather last year and while he is also pushing for a second shot at 'Money', we may see him paired up with someone who possesses similar experience in pro pugilism.

McGregor vs. Nurmagomedov in a boxing ring could be described as a circus fight and it remains entirely likely that one or both is denied a licence.

But money talks and a rematch is going to garner plenty of interest because of the very genuine animosity that exists between 'The Notorious' and 'The Eagle'.