Conor McGregor is the most high-profile fighter in UFC history.

With 7.8 million followers on Twitter and 30.7 million on Instagram, McGregor has a massive platform to deliver whatever message he wants to his fans.

In recent months, McGregor's social media has been taken up with promotion for his new whiskey, Proper No. 12, and comments on UFC fights.

We've also seen some rather unsavoury back-and-forths with perennial rival Khabib Nurmagomedov which became so hostile that UFC president Dana White was forced to intervene.

Max Holloway believes McGregor, as well as Nurmagomedov, is putting his energy into the wrong areas. 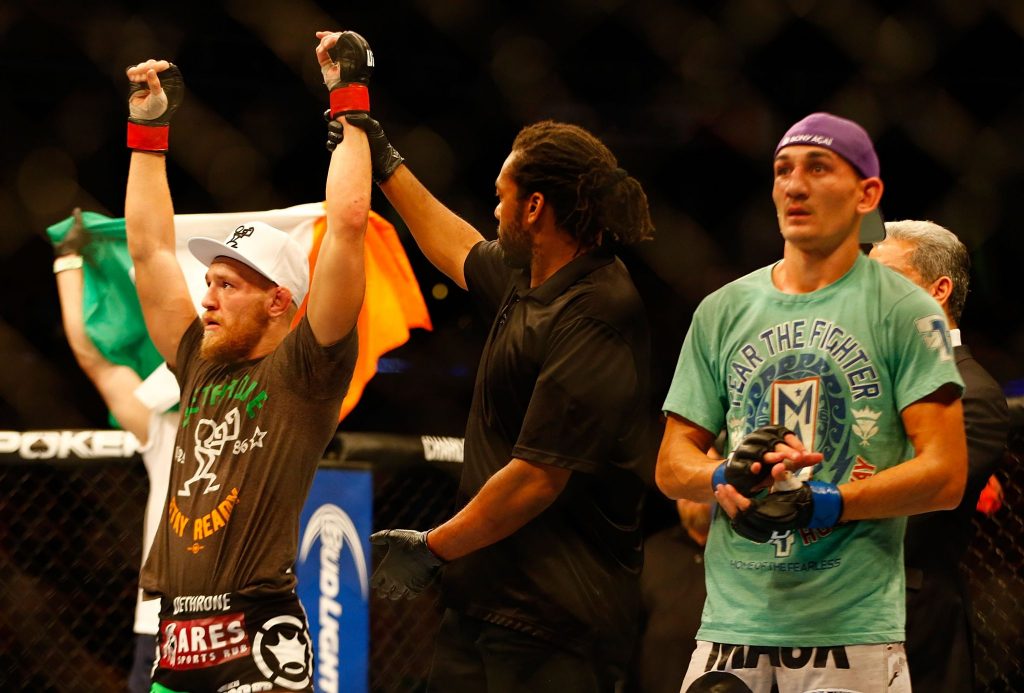 The UFC featherweight champion, who will move up to 155lbs to fight for the interim lightweight title this weekend, has encouraged his former opponent to use his platform to discuss more important issues.

"At the end of the day it’s not even about the sport any more, so I don’t even want to talk about that," Holloway told TMZ. "I’m glad Dana White said he’d intervene. You know, these guys got a big platform, they should talk about more important stuff like climate change.

END_OF_DOCUMENT_TOKEN_TO_BE_REPLACED

"Like right now in New York, it’s not supposed to be this cold, I’ve heard it’s supposed to be warmer. And in Hawaii it’s been pretty cold, in the 70s. I know I sound like a big cry baby about 70s, but us Hawaiians are not used to this weather! What’s up with the climate control?"

Holloway has gone 13 fights undefeated since his 2013 loss to McGregor and he clearly considers climate change a very serious issue, with the popular Hawaiian discussing the topic in several interviews in recent months.