Conor McGregor set for Jorge Masvidal if gets past Donald Cerrone

'The Notorious' could be done with the lightweight division, but there is one obvious fight that would tempt him back.

News arrived on Thursday that Conor McGregor was officially making his comeback. A bout agreement for 'McGregor Cerrone' was signed by the Dubliner and, not long after, Donald Cerrone signed up for the biggest fight of his career.

Cerrone has been in No.1 contender and title fights but the pay-day, attention and prestige that comes from fighting the UFC's first ever concurrent champion (featherweight and lightweight) is a whole new ball-game.

Conor McGregor is set to fight Donald Cerrone on January 18 after 'The Notorious' - according to @bokamotoESPN - signed his bout agreement today pic.twitter.com/6r0KSsfJ4N

END_OF_DOCUMENT_TOKEN_TO_BE_REPLACED

One of the big developments from the signing of that bout agreement was that the January 18 bout at UFC 246 would be at welterweight. That means McGregor will be fighting at 170lbs for only the third time in his career and first time since August 2016. And so, McGregor Cerrone was green-lit.

While McGregor will feel he has unfinished business with Khabib Nurmagomedov, who defeated him at UFC 229, back in October 2018, he looks to have settled on a new path for 2020.

That path is leading straight to Jorge Masvidal, the man that only teased on Tuesday that he was capable of making lightweight if needs be.

Yes it is true. I can make 154 #theresurrection

Masvidal defeated Nate Diaz, two months, for the specially minted 'BMF' [Baddest Motherf***er] belt and while that title has nothing to do with rankings, it is already proving highly coveted.

UFC commentator Chael Sonnen is in no doubt that McGregor is angling for the next crack at Masvidal. "For Conor McGregor to get a win over Cerrone, at welterweight, he goes and does whatever he wants," says Sonnen.

"He could slide back to 155, which would be a good bet for him, but I do think this all goes back to when Dana White was asked myself, 'Would you put McGregor up against Masvidal?' and he said no, Masvidal was too big for him.

"I told you guys, 20 minutes after that video was made, that comment was not going to sit well with McGregor. White then said he was already getting phone calls from Conor because of those comments. And now you've got Conor fighting at 170 pounds. Mark my words, he's coming for Jorge Masvidal."

White, the UFC president, said back in August that he felt McGregor was too small to take on Masvidal. As for the men himself, here is what they have been saying.

"Some of you motherf***ers are mean because you know what the f*** I’ll do to that little dude. I’ll f*** that little guy up. He’s a f***ing midget... That dude ain’t retarded. You see he punches old people in the face cause those are fights that he could win."

"I don't know what Dana's talking about size and all that. I don't even know Jorge that well. I've just seen the last two fights and that Iaquinta bout... There's so many bouts for me and, to be honest, it does not matter who it is. It's about me being me and not a shell of myself." 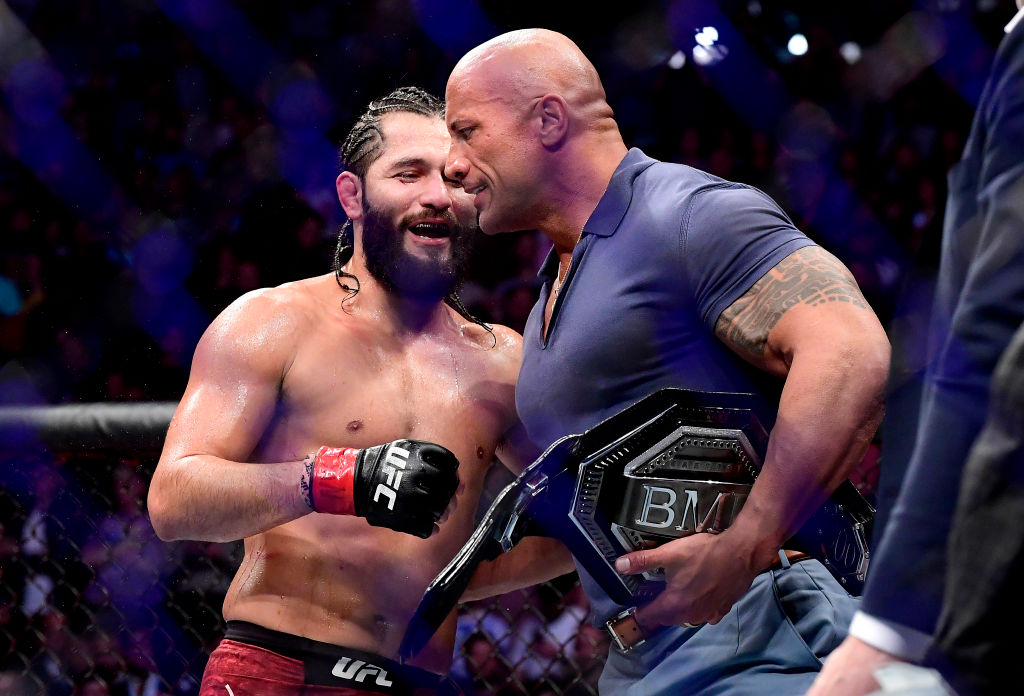 Masvidal versus McGregor for the 'BMF' title? That would be all sorts of madness.