Over the years, as he has jumped from feather- to light- and to welterweight divisions, the Conor McGregor diet and work-out routines have been closely studied.

Having looked gaunt for many of his featherweight (145lb) bouts - leading Urijah Faber to once remark "Guy looks like he was going to die, man" - McGregor left the division behind in 2016 after defeating then-champion José Also for the belt. 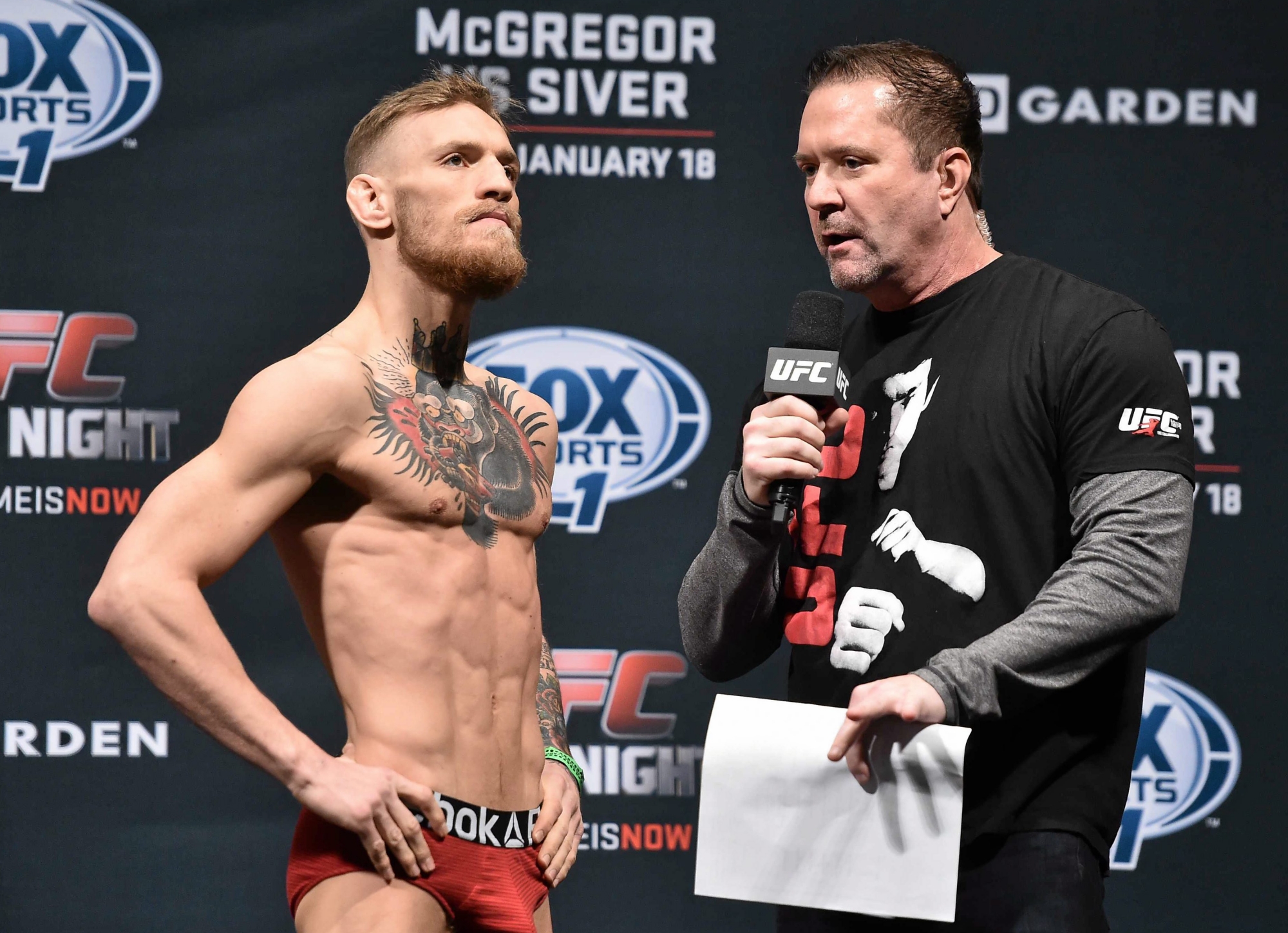 END_OF_DOCUMENT_TOKEN_TO_BE_REPLACED

McGregor was supposed to challenge Rafael Dos Anjos for his lightweight belt, in January 2016, but a foot injury ruled the Brazilian out. 'The Notorious' was offered Nate Diaz and the initial idea was for a catchweight bout (160-165lbs) but he was happy to jump up the 170lb division.

That move looked ill-advised when Diaz choked him out in the third round of their bout. McGregor vowed to avenge that loss and, after retiring then un-retiring, that summer, he returned in August 2016 to defeat Diaz on points.

END_OF_DOCUMENT_TOKEN_TO_BE_REPLACED

His next bout was three months later, and it was his lightweight debut. There was a new champion by then, Eddie Alvarez, but McGregor went to work on him and the belt was his. He became the UFC's first ever 'Champ Champ' as he still held the featherweight belt.

END_OF_DOCUMENT_TOKEN_TO_BE_REPLACED

Such was his high-profile status and guarantees for big pay-per-views that Floyd Mayweather Jr. was convinced a bout against him would yield massive pay-days. Such was McGregor's gift of the gab that he talked millions upon millions of us into the idea of shocking one of the best boxers of this, or any, generation.

McGregor came in at 153lbs for that Mayweather fight while the multiple world champion boxer tipped the scales at 149.5lb. The American stopped McGregor early in the 10th round and, not long after, they both toasted to good business in a chummy post-fight press conference.

It would be 15 months before we saw the Dubliner again and when he did return it was to the UFC. He shocked many observers by drinking whiskey during a New York press conference with lightweight champion Khabib Nurmagomedov [his belt had been stripped in April of 2018] and he tapped out in their Las Vegas title fight before both men received bans for a post-fight brawl. 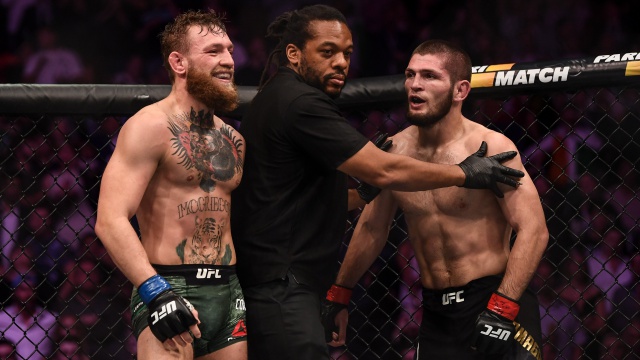 Conor McGregor in action against Khabib Nurmagomedov at UFC 229. (Photo by Stephen McCarthy/Sportsfile)

The ban, retirement threats and other legal issues saw McGregor miss out on fighting action in 2019 but he signed a bout agreement, late that year, to face Cerrone.

Although both men were ranked high in the lightweight division, it would be a welterweight bout. McGregor made short work of 'Cowboy' and wanted to fight another three times in 2020 but more bout negotiation issues and the Covid-19 pandemic combined to scupper those plans.

Now, in January 2021, the 32-year-old is back again and he is returning to fight Dustin Poirier for the second time in his career. This bout will be at lightweight - only the third time McGregor will have fought in that UFC division - and the winner should get a summer shot at the title vacated by Nurmagomedov.

Ahead of that fight, McGregor's nutrionist Tristin Kennedy spoke with ESPN about his client's work-out regime, diet and everything he is doing to prep for a tough fight against Poirier.

Kennedy says he lays everything McGregor 'puts in his body out to the gram' and tailors what he its down to whether his work-out schedule involves cardio, strength-, speed-work or sparring.

"His diet consists of lean sources of protein: chicken, fish, salmon, beef, eggs," said Kennedy. "Good complex carbohydrates. Good micro elements - your herbs, basil, oregano. All these things are incorporated into the diet as a whole.

Come January 23 at 'Fight Island', we will get to see if the changes McGregor and his team have made to his work-out routine and diet have had the desired effect.

The Dubliner's last UFC outing was in January 2020 when he dismantled Donald Cerrone inside 40 seconds, so the bar has been set pretty high.

The full interview with Kennedy can be found here.


popular
Shane Lowry on his Tuesday duels with Rory McIlroy at The Bear's Club
Gary Neville confirms he will work for Qatar's beIN Sports during World Cup
Ex-Anthony Joshua opponent hopes Chris Eubank Jr gets brain damage
QUIZ: Name the 2018 World Cup Goalscorers
Predicting the 31 biggest knock-out championship games around Ireland this weekend
QUIZ: Can you name the sponsors of all 32 of these old county jerseys?
Sean O'Brien to join Naas RFC so he can play All-Ireland League rugby
You may also like
3 weeks ago
Hasbulla signs five year deal with UFC 'worth more than many fighters'
3 weeks ago
Nate Diaz and Tony Ferguson tossed together for UFC 279 main event after wild 24 hours
1 month ago
Your guide to a huge weekend of sport and how to watch it all
2 months ago
Paddy Pimblett leaves O2 Arena in tears after dedicating victory to friend that died by suicide
2 months ago
Conor McGregor 'offered' blockbuster UFC title shot in January
3 months ago
Ian Garry makes American opponent rue pre-fight comments at UFC 276
Next Page