Dan Henderson is taking on Michael Bisping for the UFC middleweight title. Who'd have thought we'd be saying that sentence in 2016?

After Bisping upset the significant odds to claim the 185 lbs crown from Luke Rockhold in the main event of UFC 199, he was left with no shortage of options for his first defence.

An immediate rematch against Rockhold would guarantee pay-per-view buys as it would be the rubber match in a hate-filled rivalry.

There is no love lost either between 'The Count' and former champion Chris Weidman, who was hoping that his first bout since returning from neck surgery would be a title shot. 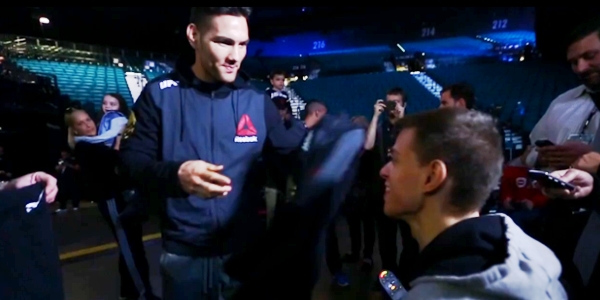 END_OF_DOCUMENT_TOKEN_TO_BE_REPLACED

'Jacare' Souza is also in the running, in spite of his razor-close defeat to Yoel Romero, who his currently serving a suspension for testing positive for a banned substance.

With middleweight as stacked as ever before, it was somewhat shocking when Dan Henderson was announced as Bisping's first opponent as champion.

The decision likely stemmed from the fact that the pair have a feud going back seven years, with Henderson knocking out the Brit in emphatic style at UFC 100.

UFC president Dana White announced on Sunday morning that the 45-year-old would receive the first shot at dethroning Bisping and the top middleweight contenders are furious that the 13th ranked fighter in the division has leapfrogged them to a title fight.

End of the day I feel I'm best in world and will get my belt back by beating whoever it takes but this is a joke of a system. 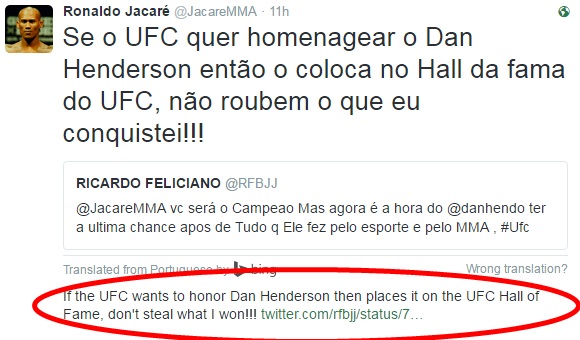