The thoughts of a return to lightweight must be getting more and more serious for Conor McGregor.

The Notorious is one of the bigger guys in the 145 lb division, standing at 5 ft 9 in tall, so he was always going to endure tougher weight cuts than most but we never realised just how much he had to lose. 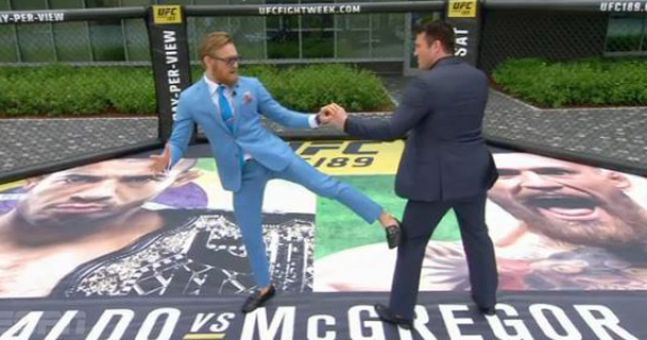 END_OF_DOCUMENT_TOKEN_TO_BE_REPLACED

Former UFC middleweight Chael Sonnen revealed that McGregor told him that he was walking around over 170lbs during an interview.

Speaking on the Jim Rome show, Sonnen said: "He’s a very big guy. I was impressed with how big he is. 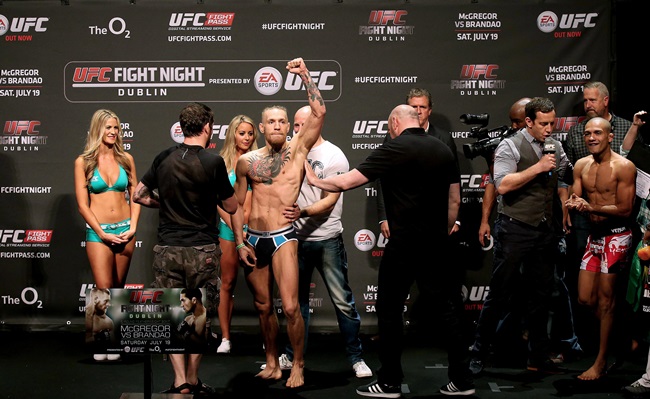 END_OF_DOCUMENT_TOKEN_TO_BE_REPLACED

"He’s very lean. He has a very busy schedule. He’s training at Las Vegas. He was just in LA with Conan O’Brien last night. He’s in New York for Reebok a day before that. He was in Connecticut the day before that."

McGregor's opponent Chad Mendes will presumably face a difficult cut too due to the fact that he was such a late replacement for the injured Jose Aldo.

Who can rehydrate better come Saturday night? We can't wait to find out.