Chael Sonnen is the best!

We're supposed to remain unbiased about athletes but that's damn near impossible because, well, Chael Sonnen is the best.

Long before Conor McGregor had mastered trash-talk, Sonnen was scrawling the blueprints for how fights should be pumped up in MMA.

The former UFC middleweight and light heavyweight title challenger knows better than anybody the value of talking up fights as fans, on a base level, simply want to watch a bad guy get his comeuppance. 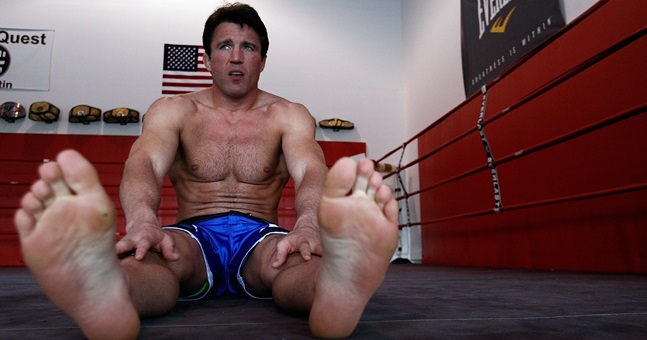 END_OF_DOCUMENT_TOKEN_TO_BE_REPLACED

Sonnen continues to masterfully embrace the role of heel and, given that he hasn't fought in over three years, we've missed his press conferences terribly.

The mic technique of 'The American Gangster' is best appreciated alongside less accomplished talkers, which we have in the form of Sonnen's upcoming opponent, fellow legend Tito Ortiz.

END_OF_DOCUMENT_TOKEN_TO_BE_REPLACED

Sonnen clashes with the former UFC light heavyweight champion in the Bellator 170 main event this weekend and it's clear to see that Sonnen is far more skilled than Ortiz when it comes to promotion.

And the former rival to the likes of Anderson Silva and Jon Jones came up with arguably the most savage piece of pre-fight trash talk of all time on Thursday when he scythed down Ortiz in one fell swoop.

Watch Ortiz scramble for lesser comebacks as Sonnen proudly celebrates the latest piece of genius to fall from his mouth.


popular
Ireland vs Wales: All the big talking points, moments and player ratings
Conor McGregor offers solution to Croke Park fiasco that should suit all parties
Conor McGregor hit by car ‘at full speed’ while cycling
Hugo Keenan shows incredible speed to save the day after rollicking Irish start
Allianz National League Round 2: All the action and talking points
Everton release brutal 59-word statement to confirm Anthony Gordon departure
Ireland team to play Wales: Andy Farrell's XV, the big calls and bold cuts
You may also like
2 years ago
"When you grow up in these places, if you can't fight you're f***ed" - James Gallagher
3 years ago
James Haskell responds to MMA call-outs by Neil Best and Andy Powell
3 years ago
James Gallagher set to headline Bellator show in Dublin
3 years ago
'I really think that me and Ben Askren are gonna fight' - Dillon Danis
3 years ago
'Bellator has a Dublin show in September so I'm thinking of bothering them about it' - Heather Hardy
3 years ago
'Katie's an Olympic gold medallist who unified the belts but is not getting paid like a man'
Next Page