"I probably should, but I don't think I will" - Cerrone vows to stand and scrap

So taunted Conor McGregor last week. The man wants to stand and trade. Fortunately for everyone planning to tune into the Cerrone McGregor main event at UFC 246, 'Cowboy' is game.

Despite having 17 submission victories on his professional resumé, Donald Cerrone says he is more than happy to stand toe-to-toe with McGregor on Saturday night, in Las Vegas.

The 34-year-old has fought for WEC and UFC titles before but this weekend's bout with McGregor is by far the biggest in terms of profile and pay-day. Cerrone will earn nowhere near the $80 million that McGregor claims he will take home for the pay-per-view but, as a headliner, he will get a cut of the points and should clear the seven figure mark. 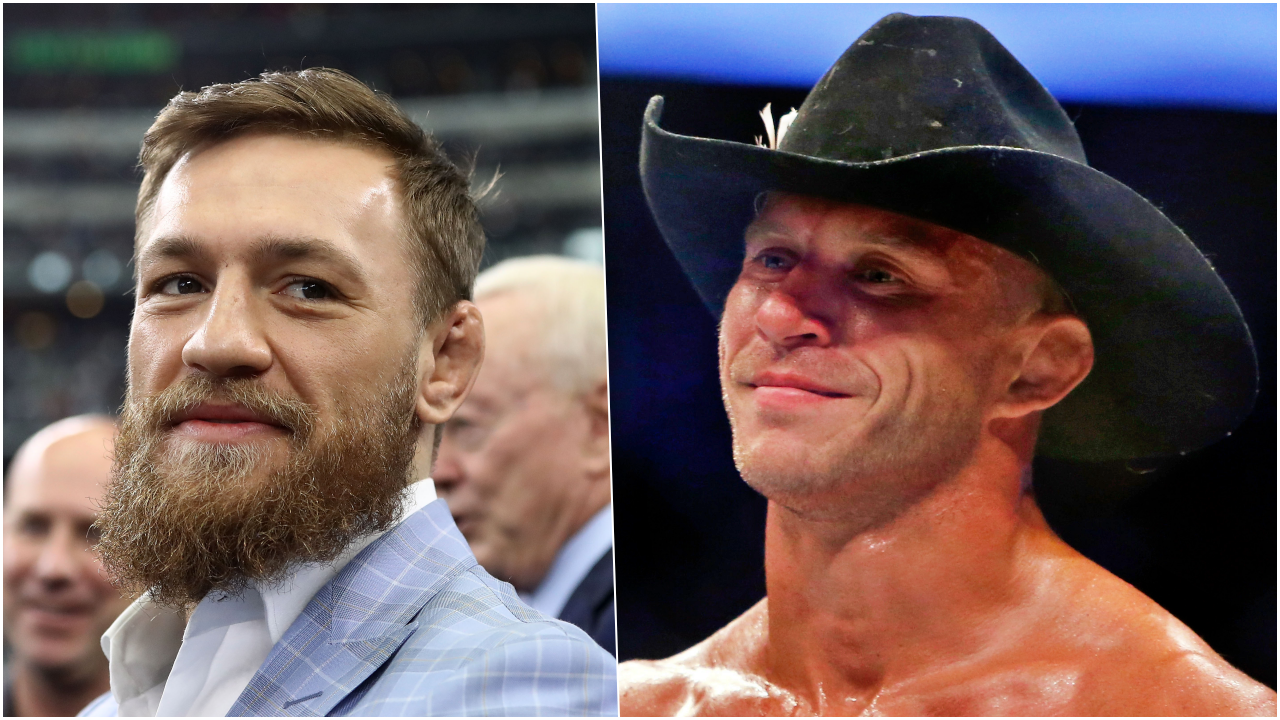 The Cerrone McGregor fight will be at welterweight so it will be interesting to see if a win for either man will toss around the rankings in the 170 lb division much. At present, McGregor is the No.4 ranked lightweight and Cerrone is No.5.

Victory opens up a world of possibilities, at 155 and 170, for both men while defeat would raise questions. A loss for McGregor would mean he would slip to 2-3 in the UFC since March 2016. Should Cerrone lose he will be 0-3 since his last win, over Al Iaquinta, in May 2019.

McGregor has predicted to put on an exhibition against Cerrone before securing a knock-out, and has declared, "Don't ever doubt me."

The likes of Dominick Cruz and Eddie Alvarez believe Cerrone should not be afraid to utilise his extensive wrestling background by taking the fight to the mat if he works an opening in The Octagon. However, in an interview with ESPN, Cerrone appeared to dismiss the notion:

"You know, I probably should, but I don’t think I will. I like to fight too, I like to get in there and throw down. Everyone says his stand-up is amazing, so why not go and test it?

"Everyone says, 'You want to just stand there and you’re going to get knocked out, that’s a stupid game, that’s a stupid decision'. But it’s my decision, it’s my stupidity. Who the f*** are you to tell me what I can do?

"I know who I am. I look in the mirror and I know exactly who I am so I get to go and make the decision. I want to, why wouldn’t I want to stand with one of the best? Why not? Can I take the punch?

END_OF_DOCUMENT_TOKEN_TO_BE_REPLACED

Cerrone also suggested that 'The Notorious' could surprise everyone by shooting on him. McGregor [21-4 career record] does have four submission victories in his pro MMA career but it has been over seven years since he made an opponent tap out.

That last submission victory was against Dave Hill at Cage Warriors 47 in June 2012 and won the Dubliner that promotion's featherweight belt. Two weight divisions, one promotion and what feels like life-time ago.

Here is that full ESPN interview with 'Cowboy' about Cerrone McGregor:

popular
"I was like, ‘My ear is hanging off my head. Can you not see that?!'"
QUIZ: How well do you know Manchester United players of the 2010s?
The SportsJOE 12 o'clock quiz | Day 307
QUIZ: Name all 50 of these 2000s Champions League players – #4
Cristiano Ronaldo sets rough retirement date
QUIZ: Identify the missing sponsors from these football jerseys
"Hang on lads, there is more to life outside of Dublin" - Connellan is a rebel with a cause
You may also like
4 weeks ago
"This man ain't ready for Nurmagomedov. He ain't ready!'"
1 month ago
Conor McGregor wants immediate Dustin Poirier rematch, for UFC title
1 month ago
Daniel Cormier defends immediate reaction to shock Conor McGregor loss
1 month ago
McGregor admits shout from Dustin Poirier's corner got inside his head
1 month ago
Khabib Nurmagomedov perfectly predicted how Poirier would defeat McGregor
1 month ago
Jolie Poirier certainly let her voice be heard after her husband's win over McGregor
Next Page