Floyd Mayweather Jr. and Showtime have been a match made in Pay-Per-View heaven for years. However, one of the fight promoter's biggest ever PPVs could be way, way off.

Just as it looked like Mayweather and Conor McGregor were coming to an understanding on a fight purse - 57/43 split to the undefeated boxer - there latest update from the United States is somewhat sobering.

Stephen Espinoza, Executive Vice President of Showtime Sports, has given a frank, wide-ranging interview on Boxing with Chris Mannix. Espinoza, who has worked closely with Mayweather's team over recent years, is far from confident that the super-fight with McGregor will go ahead.

And, he warns, if there is no fight booked in for 2017 it will probably never happen. He said:

"The real question - and it’s sort of a black box right now - is where’s the UFC really, on this? Do they, in fact, want it?

"Dana White - speaking on behalf of, I assume, the UFC - is making noises that he’s more open to it but talk is talk. I haven’t seen a lot of progress either internally in the deal between the two of them or externally, the deal between that side and this side.

“It’s largely at a standstill. There hasn’t been a tonne of progress and I think if they don’t move relatively quickly, people may move on. People may tire of it. But it really is something that needs to happen this year or it probably won’t happen.

"Floyd’s on 18 months, two solid years come September since he’s fought," Espinoza added. "He’s still in great shape, but at a certain point, he’s not gonna do it after a while." 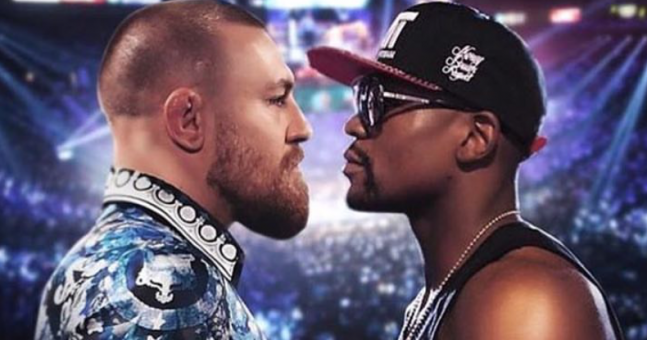 Espinoza believes the UFC have a genuine concern about what McGregor's next move could be after any such fight with Mayweather. It was something Gunnar Nelson, a training partner of 'The Notorious', alluded to last week.

"I think part of the fear on the UFC’s side is that they’ll never see Conor again.

"If he makes 50, 60, 70 [million] and then you never see him in the ring and he retires in Ireland and so much for their megastar."

You certainly would not blame McGregor for walking away from the fight game after that but we suspect he would be already plotting his next big challenge.


popular
QUIZ: How many of the 10 most successful football counties can you name without making a mistake?
Matt Le Tissier says he asked Sky Sports why they never sacked Jamie Carragher
Conor McGregor and Floyd Mayweather 'in talks' about a rematch
Patrick Vieira claims he was 'much better' than Roy Keane in new interview
Éamonn Fitzmaurice explains Aidan O'Shea's best position and how it can be used against Kerry
Two All-Ireland quarter-finals to be streamed exclusively live on NOW
You'll have to be red-hot to get 20/20 in this 2010s footballers quiz
You may also like
1 month ago
Conor McGregor says he knows his next UFC opponent and fight date
1 month ago
Commentating cage-side, Daniel Cormier missed the UFC knock-out of the year
1 month ago
Conor McGregor responds to Michael Chandler's callout after UFC 274
1 month ago
'All those guys are overpaid' - Dana White slams boxing salaries
1 month ago
Francis Ngannou wants a Tyson Fury clause in his new UFC contract
2 months ago
Daniel Cormier makes fair point about Dean Barry's UFC debut disqualification
Next Page