It's been 48 days since Jose Aldo was knocked out by Conor McGregor.

But still, the 13-second KO seen around the world is sending shockwaves through the mixed martial arts world.

The fastest finish in a UFC title fight was made all the more extraordinary by the fact that Aldo, previously the only UFC featherweight champion, had never been knocked out before in an eleven-year fight career.

END_OF_DOCUMENT_TOKEN_TO_BE_REPLACED

And while the majority of people have praised McGregor for the victory as proof of the unprecedented power that 'The Notorious' possesses in his left hand, some still put the result down to a defensive flaw in Aldo's game.

One such critic is WBA welterweight champion Keith Thurman who was asked about the UFC 194 headliner in a recent interview with Fighthub. 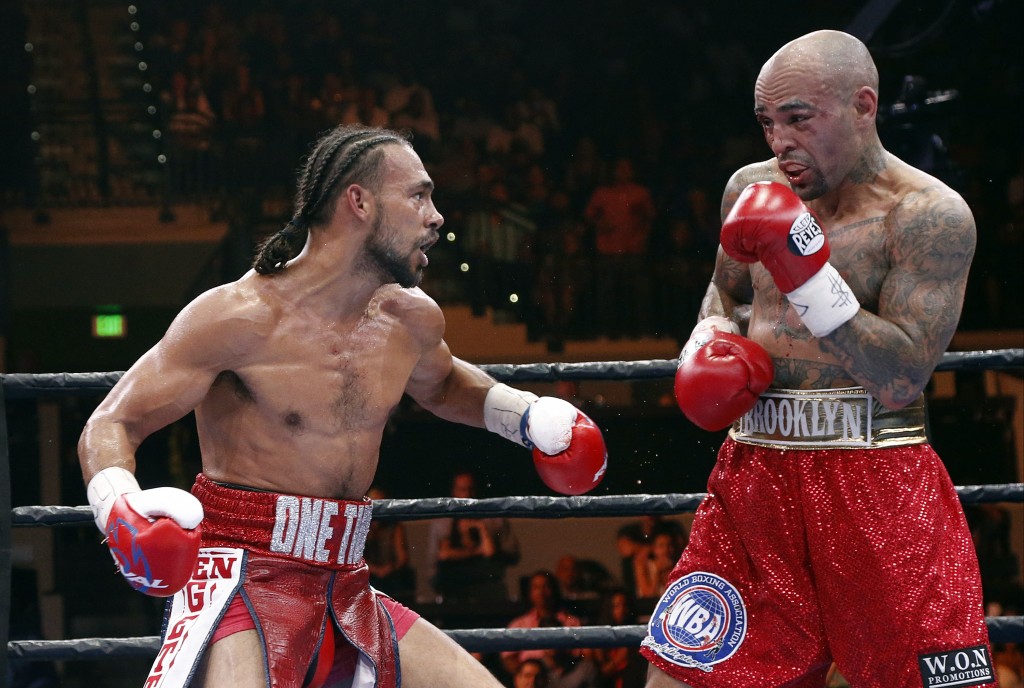 END_OF_DOCUMENT_TOKEN_TO_BE_REPLACED

"McGregor did his thing in his 13-second performance," Thurman said. "He obviously, and I haven't watched a lot of him but hearing what I've heard about him, with his boxing background, it was kind of apparent with his step back check hook that night of the fight.

"I was not impressed with Aldo jumping in and putting his chin so far out on the 1-2 that was exposed and that McGregor caught him with.

"In fights that are so short, there's not a lot to talk about but, really, that was the ultimate mistake that he should have understood that he was going up against someone with a boxing background and he should not have lunged in from the start of the match.

"McGregor saw the lunge, he saw the attack, he countered it, he went down from having so much forward momentum and then he went into the ground-and-pound which is a part of UFC and it was instantly stopped, which I agree with.

END_OF_DOCUMENT_TOKEN_TO_BE_REPLACED

"It was obvious that Aldo was not unconscious at the point but he was in such a horrible position and if you truly want to win a fight, you will not allow yourself to be in that position.

"McGregor, going into the ring, his confidence... his charisma. He seems very athletic even though he was only able to show a portion of that. He's definitely an entertaining person in the sport and the fight game in general."


popular
The FootballJOE Qatar World Cup 2022 Geography Quiz
World Cup 2022 Day 12: All the major action and talking points
Cristiano Ronaldo 'agrees £173m-a-year deal' with Saudi club
France demand FIFA change result of World Cup defeat over 'rule break'
Damien Duff makes 'brutally honest' England World Cup prediction after Wales win
Castleknock's Warnock the hero as Maynooth win first ever Ryan Cup final
"Nowadays, even if I don't hit a ball, I don't care as long as we win" - Gleeson learning from the past
You may also like
2 months ago
Hasbulla signs five year deal with UFC 'worth more than many fighters'
2 months ago
UFC fighter Elias Theodorou has died, aged just 34
2 months ago
John Kavanagh and Johnny Walker kicked out of T-Mobile Arena during UFC 279 main card
2 months ago
Conor McGregor took exception to one part of Nate Diaz victory speech
2 months ago
Nate Diaz and Tony Ferguson tossed together for UFC 279 main event after wild 24 hours
3 months ago
Your guide to a huge weekend of sport and how to watch it all
Next Page