Having come unstuck in his promotional debut, not many were expecting this fight for Benson Henderson.

The bout will be contested at lightweight in the main event of Bellator 160 next month. 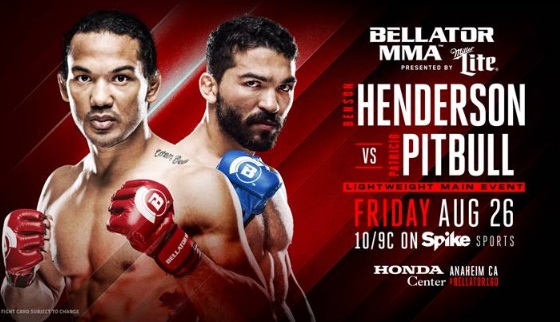 END_OF_DOCUMENT_TOKEN_TO_BE_REPLACED

Henderson left the UFC earlier this year after becoming a free agent but his first appearance in the Bellator cage was not a successful one as he dropped a unanimous decision to Bellator welterweight champion Andrey Koreshkov in April.

In order to set up a crack at the lightweight strap, he will first have to get past the younger of the 'Pitbull' brothers in Anaheim, California on August 26.

Lightweight champion Michael Chandler will have a keen eye on proceedings as he has twice beaten Patricky Freire, the older of the 'Pitbull' brothers, and engaged in trash talk with Patricio after the most recent fight.

END_OF_DOCUMENT_TOKEN_TO_BE_REPLACED

A win for young 'Pitbull' will set up a grudge match for the 155 lbs title so regardless of the victor at Bellator 160, Chandler will have an intriguing title defence on the horizon.


popular
Cutting through the contradictions from one of the worst television segments of the year
Noel Gallagher left 'covered in blood' after headbutt from Ruben Dias’ dad
Roy Keane shows great comic timing after Jack Grealish party invite
France the sore losers as Ireland Men reach first ever Sevens World Series final
Alex Ferguson reportedly delivered a cutting put down to Ralf Rangnick's assistant coach
Kylian Mbappe opens door to sensational Real Madrid move, days after PSG deal
Roy Keane has 'no sympathy' for relegated Burnley after sacking Sean Dyche
You may also like
2 years ago
James Haskell responds to MMA call-outs by Neil Best and Andy Powell
2 years ago
James Gallagher set to headline Bellator show in Dublin
2 years ago
'I really think that me and Ben Askren are gonna fight' - Dillon Danis
2 years ago
'Bellator has a Dublin show in September so I'm thinking of bothering them about it' - Heather Hardy
2 years ago
'Katie's an Olympic gold medallist who unified the belts but is not getting paid like a man'
2 years ago
Conor McGregor proved Dillon Danis' inspiration after awful knee injury
Next Page