Is anyone really surprised.

Benson Henderson may be the most high profile fighter to leave the UFC to sign for rival promotion Bellator. Smooth told ESPN.com that he was well aware of the significance of his decision, admitting that this came into the decision making process.

"Anybody coming off a win, let alone a winning streak, a former UFC champion, someone of my stature - it's big. My team and I were definitely aware of that."

The former lightweight champion was on a two-fight win streak, both of which were headliners, and he was garnering a reputation as a company man for taking fights on short notice. 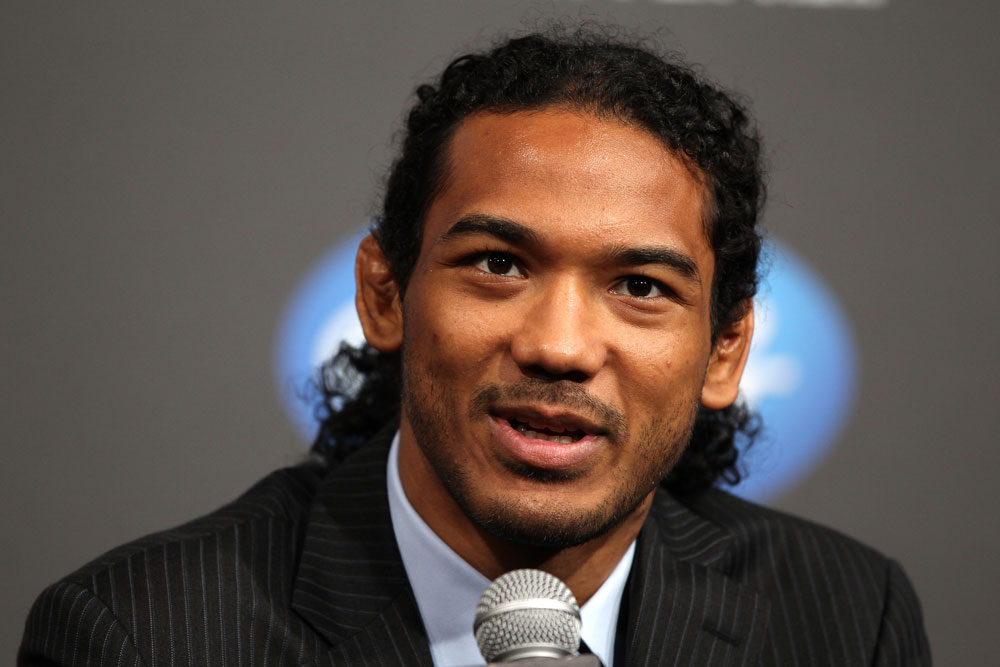 END_OF_DOCUMENT_TOKEN_TO_BE_REPLACED

However, after beating Jorge Masvidal in his last trip to the Octagon he hinted that he would be entertaining offers from other promotions after running out his UFC contract. Bellator made him an offer he simply couldn't refuse.

There was also the small matter of a certain unpopular sponsorship deal the UFC signed that Hensderson wasn't a fan of.

"I won't lie, it was a very big deal. The ability to get sponsors on your own and not have to rely on the amount that Reebok dictates to you was a huge factor. I'd be straight up lying if I said it wasn't a very big part of my decision to go to Bellator."

END_OF_DOCUMENT_TOKEN_TO_BE_REPLACED

Under the terms of the controversial Reebok deal, fighters must wear Reebok apparel at all events during fight week including open workouts, weigh ins and the fights themselves. While they are allowed to have other sponsors, wearing other brands at UFC events goes against the terms of the contract. This has resulted in some fighters losing out on a lot of sponsorship revenue.

Not only will Henderson earn more money from sponsors at Bellator, but he believes that the stand he made could help improve fighter welfare in general.

"I also want to be a trailblazer for the betterment of fighters. Bellator is open to a fighters union -- fighters binding together to see what's in our best interest. That's something you can't even breathe about elsewhere. I think it's a good thing for myself and other fighters to have that."

Lest we forget, Henderson is still a fighter and as such, the prospect of fighting for a belt at a new promotion was an incentive to join. Henderson was a champion at 155 lbs, but his last two fights came in the welterweight division. He was reluctant to reveal what weight he would compete at in his new promotion, but confessed that he's eyeing up another title.

"Coming over from the UFC with what I've accomplished, yes, we knew we would have a title shot in whichever weight class we decided. We'll see [which weight class it is]. That part is still up for discussion, and I think it's being talked about right now between my guys and Bellator's. It's exciting for me. No more rematches, all new opponents to prove myself against."

The discussion apparently didn't last long as Henderson tweeted that his intention to compete in both divisions.

No more rematches means we can cross Josh Thomson off the list of possible opponents. Henderson defeated the former Strikeforce champion, who now competes for Bellator, via split decision in the main event of UFC on Fox 10.

Not to worry, there's still Will Brooks, Michael Chandler, Paul Daley, Josh Koscheck and Andrey Koreshkov, to name but a few potential match ups for Henderson.