Andy Murray seems certain to win the British award, but the Irish field is a bit more open.

The nominees for the RTE award, due to be given out on December 17, are:

END_OF_DOCUMENT_TOKEN_TO_BE_REPLACED

Picking a winner is tricky. For a start, how do you accurately measure achievements across different sports? Each nominee achieved excellence in their respective field, but the context of victory is different for each sport.

Andy Lee, speaking on Newstalk on Sunday afternoon, said he isn't one to take these type of awards too seriously, but when asked who should claim the award for 2016 he made a very clear, concise case for Conor McGregor. 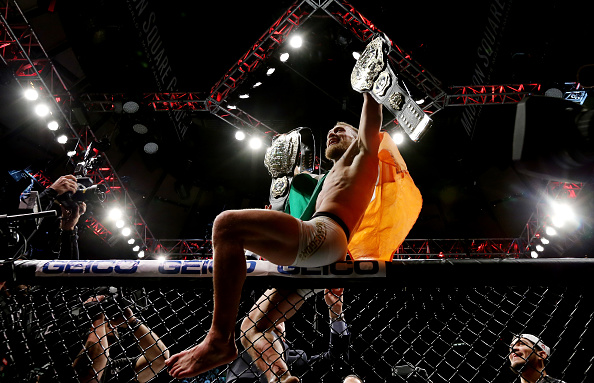 END_OF_DOCUMENT_TOKEN_TO_BE_REPLACED

""I wouldn't know about the UFC as a whole, because I don’t really watch a lot of it, (I'm a) big fan of Conor McGregor in terms of what he's done as a person and, like you said, he's crossed over, he's a cultural phenomenon" the Limerick boxer said.

"Look, he's a young guy from county Dublin, not so long ago he was on the dole, and now he’s making millions and millions."

"As an Irishman, he carries the flag into the ring and I have to take my hat off to him and say 'I respect everything you're doing'.

"If he was applying the same acumen in anything else, like business, you would be tipping your hat to him we'd all be lauding him. So, yeah definitely, sports personality of the year, Conor McGregor."

The former WBO middleweight world champion was also, inevitably, asked about McGregor being granted a boxing licence for the state of California.

Lee called McGregor "probably the best boxer in the UFC," but reckons that the Dubliner's boxing skills wouldn't be as effective in the boxing ring as they are in the octagon. 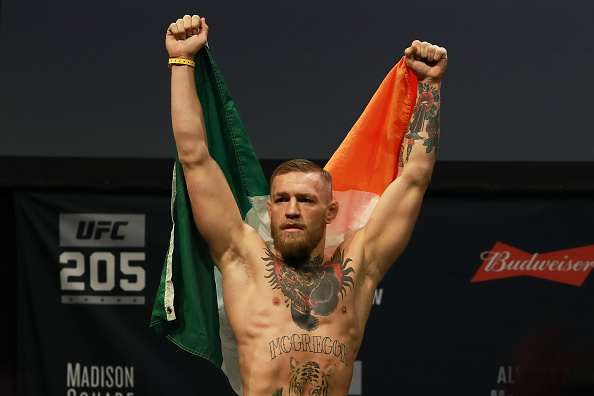 "The videos I’ve seen of him sparring, to me, technically, it's not top level," Lee said.

"He can fight, he’s good with his hands, but in terms of boxing, it'd be interesting to see if you could win an Irish professional title. That wouldn’t be the highest standard in the world, but it’d be an interesting level."

Lee added that the reason why boxing skills aren't as high in MMA is partly because of the number of fighting disciplines required for the sport.


popular
“Players flourished when Roy Keane left” - Rio Ferdinand on why Keane was a 'detriment' to Man United
"To be able to call myself the fastest man in Irish history is just amazing" - Olatunde overjoyed after record-breaking run
Cristiano Ronaldo says he will reveal truth about Man United transfer saga
The moment Israel Olatunde realised he qualified for the Euro 100m final is what it's all about
Jamie Carragher on the three Man United players Erik ten Hag can't trust
"I went up to the Italians and gave them a big auld shoulder" - Paul O'Donovan does it again
Jurgen Klopp reacted like everyone else to Darwin Nunez headbutt red card
You may also like
1 month ago
Jorge Masvidal speaks about defending BMF title against Conor McGregor
2 months ago
Dana White reveals who Conor McGregor could fight on UFC return
2 months ago
Conor McGregor says he knows his next UFC opponent and fight date
3 months ago
Conor McGregor responds to Michael Chandler's callout after UFC 274
3 months ago
Conor McGregor and Jake Paul involved in heated Twitter exchange after Katie Taylor fight
3 months ago
"For a few years Conor McGregor was the top, top man, and it was just incredible to watch his rise"
Next Page