"I'm in uncharted territory. Because no one's ever had a fused spine hitting it like I'm hitting it."

Those two sentences, spoken after the PGA Championship in 2018, show what Tiger Woods is dealing with.

Woods finished second in the year's final Major after pushing Brooks Koepka all the way to the 18th hole at Bellerive. Coming a month after Wood leading The Open, only to finished tied 6th, it represented a sustained return to form for one of the great's greatest ever players.

It is worth noting that Woods has endured four back surgeries in recent years and has confessed that he was not sure if he would ever play competitive golf again.

Considering the 43-year-old's injury struggles, it is quite remarkable that he managed to play so many golf tournaments (18) last year. 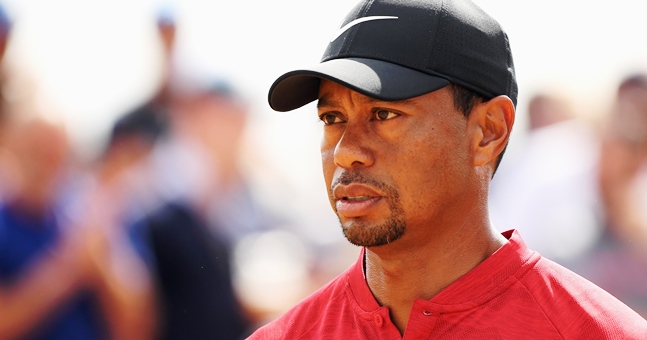 2019 saw him start with middling form but, upon reaching Augusta National for The Masters, he stated that he would be perfectly happy peaking just four times this year (each of the Majors).

He certainly peaked this week as he finished on -13 to win his fifth Masters green jacket and his 15th Major title.

While Woods, last year, was up front about his chances of ever competing at the highest level of golf again, Nick Faldo claims he had his mind made up about retiring. The two-time Masters winner spoke about a 2017 conversation he had with Woods on the Dan Patrick Show.

"What he’s been able to do is, it’s unbelievable, remarkable.

"To go from a frozen back... I know he whispered to another Masters champion two Masters dinners ago 'I’m done. I won’t play golf again', and here we are, 18 months later...

"He was in agony, he was in pain, the pain down his legs, there was nothing enjoyable. He couldn’t move."

END_OF_DOCUMENT_TOKEN_TO_BE_REPLACED

While Faldo would not be drawn on who Woods made the confession to, golf legend Jack Nicklaus recently recalled a conversation with the Florida native from that same 'Champions Dinner' at the Masters.

From the brink of retirement Woods came back and challenged the very generation he inspired with his incredible feats on golf courses around the words.

Following his closing round of 64 at the PGA Championship, last year, which saw him finish second to Koepka, Woods was asked, "If someone had told you earlier in the winter that you would have legitimate chances on Sunday to win two majors what would you have said or thought?"

After clarifying if that question would have been put to him in January, Woods replied:

"And so at the beginning of the year, if you would say, yeah, I would have a legit chance to win the last two major championships, I, with what swing?

"I didn't have a swing at the time. I had no speed. I didn't have a golf swing. I didn't have... my short game wasn't quite there yet. My putting was okay. But God, I hadn't played in two years. So it's been a hell of a process for sure."

The process is not yet complete and that is an exciting prospect for the coming months and years.