"He's found a way to do it. Whether that's good or bad for the game, I don't know"

"He's taken advantage of where the game is at the minute."

For Bryson DeChambeau, Sunday was a coronation day at the US Open. For Rory McIlroy, time to reflect on where he fits in the modern game.

DeChambeau hit only four of his final 21 fairways as he managed to out-think a Winged Foot golf course that made the rest of the world's best golfers look very much human. The 27-year-old went for power off the tee and combined that with smart calculations about where to place his shots for best angles of approach and a solid putting game.

END_OF_DOCUMENT_TOKEN_TO_BE_REPLACED

When the tournament was all played out, DeChambeau finished on -6 and was six clear of his nearest challenger Matthew Wolff, who carded a final round 75 to finish at Even. Louis Oosthuizen was back in third place on +3.

McIlroy went into the penultimate major of 2020 with high hopes after a Top 10 finish in the FedEx Cup. He shot an opening round of 67 and had a 68 on Saturday but second and fourth rounds of 76 and 75 did for him. He eventually finished tied for 8th yet a whopping 12 shots behind the champion.

Asked by reporters for his take on DeChambeau's booming strategy, McIlroy did his best to praise the American for his victory while trying to offer his honest assessment on where the game is headed. He commented:

"I don't really know what to say because that [4 of 21 fairways hit] is just the complete opposite of what you think a US Open champion does.

"Look, he's found a way to do it. Whether that's good or bad for the game, I don't know, but it's just... it's not the way I saw this golf course being played or this tournament being played. It's kind of hard to really wrap my head around it."

END_OF_DOCUMENT_TOKEN_TO_BE_REPLACED

DeChambeau returned from golf's lockdown period with greater bulk and muscle mass that he believes help him generate greater ball speed with his shots. McIlroy played with him at Colonial, earlier this year, and was instantly struck by the changes he had made to his game.

His thoughts, back then, were, "Okay, wait until he gets to a proper golf course, he'll have to rein it back in."

Most experts, reporters, pundits and golfers (past and present) felt that the player that could keep the ball on the fairway most would have the best chance of success at Winged Foot. Instead, it was Wolff and DeChambeau - neither of whom were traditionally accurate off the tee - that flourished. 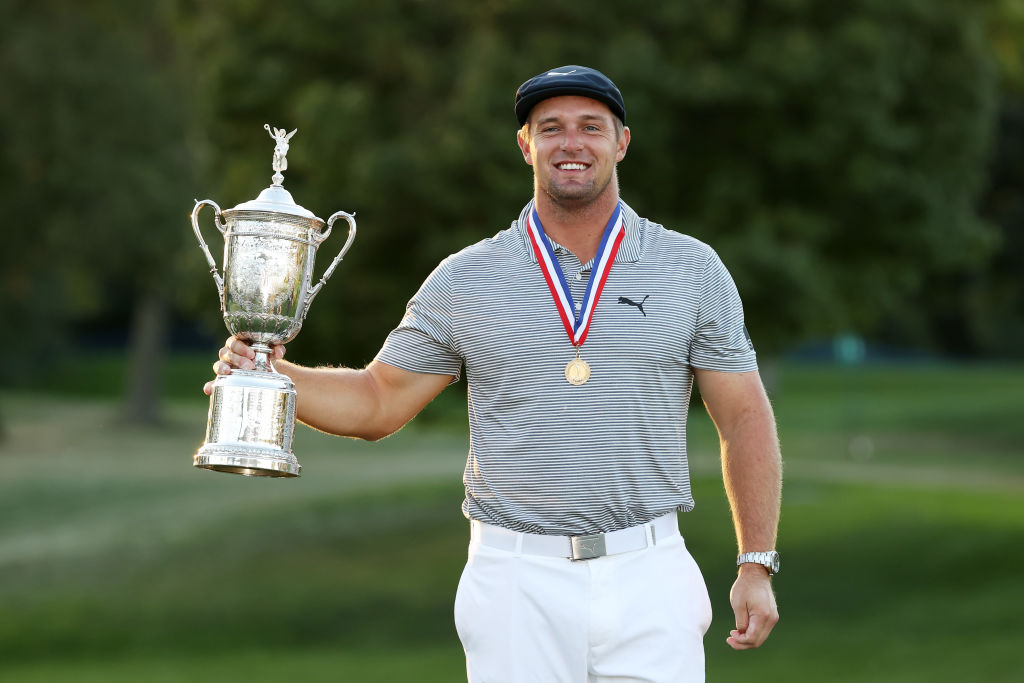 When reporters pressed on how DeChambeau had taken the evolution of the game away from the relatively straight "linegage" of Nicklaus-Faldo-Woods, McIlroy spoke up for the new US Open champ.

"About the guy, I think it's brilliant, but I think he's taken advantage of where the game is at the minute. Look, again, whether that's good or bad, but it's just the way it is.

"With the way he approaches it, with the arm-lock putting, with everything, it's just where the game's at right now. I'm not saying that's right or wrong. He's just taking advantage of what we have right now."

The final major of 2020 is in November as the US Masters rounds out a massively altered year.

McIlroy was asked if he 'shuddered to think' about what a dialled in DeChambeau could do to attack Augusta National, the Northern Irishman replied, "No, not particularly. I don't shudder, but if he can do it around here, and I'm thinking of Augusta and thinking of the way you sort of play there, yeah, it's... as I said, I stood up here a few weeks ago and said the game's moved on a lot in the last 14 years since the U.S. Open's been played here, and you're seeing what the game has become, what he's doing out there."


popular
Specsavers troll former Liverpool star for Darwin Nunez headbutt claim
“Players flourished when Roy Keane left” - Rio Ferdinand on why Keane was a 'detriment' to Man United
"To be able to call myself the fastest man in Irish history is just amazing" - Olatunde overjoyed after record-breaking run
The moment Israel Olatunde realised he qualified for the Euro 100m final is what it's all about
Jurgen Klopp reacted like everyone else to Darwin Nunez headbutt red card
Jamie Carragher on the three Man United players Erik ten Hag can't trust
Wexford, Waterford and Kilkenny down some good men as Australia calls
You may also like
1 month ago
Viktor Hovland made a lovely gesture to Rory McIlroy after his sublime eagle
1 month ago
Tiger Woods on Rory McIlroy's gesture on 18 that caused the damn to break
1 month ago
Rory McIlroy gets Open crowds roaring with ballsy shot on 'Road Hole'
1 month ago
"He shouted fore" - Rory McIlroy accidentally breaks fan's hand with tee shot at Open Championship
1 month ago
Rory McIlroy rides adrenaline from first hole "bonus" to go low at The Open
1 month ago
Tiger Woods goes to town on LIV Golf defectors at Open press conference
Next Page