G-Mac is facing an uphill battle to make it to the British Open now.

The 38-year-old Portrush golfer hasn't been in top form over the last while and that's why he has to face into qualifier events like these.

The 2010 US Open champion hasn't hit those same heights since and that's why he's dropped from ranked 4th in the world in 2011 to ranked 177th now.

The Northern Irish man didn't gain automatic qualification to the third major of the year, the British Open, due to take place in Carnoustie and that's why he was supposed to be in St Anne's Old Links in Lancashire. 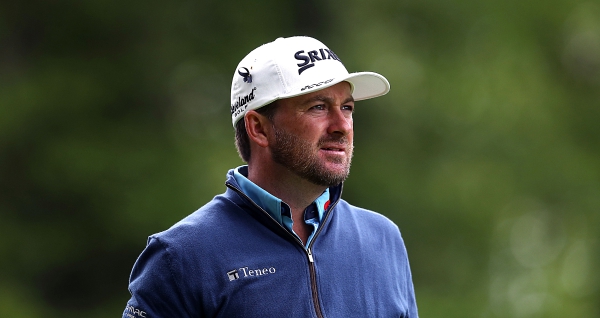 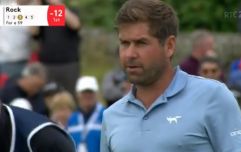 END_OF_DOCUMENT_TOKEN_TO_BE_REPLACED

With six places up for grabs in the open amongst a field of relatively unknown golfers, McDowell would have held high hopes of finishing within that parameter and booking his spot in the Open which goes to tee on July 19.

Instead, however, he won't swing a golf club on Tuesday. That's because on the back of his 37th place finish in the French Open last weekend, Air France mishandled his clubs in transit and they didn't make it to Manchester.

First of all, G-Mac put out a call for help.

Need assistance from @airfrance. Flew into Manchester last night from CDG and my golf clubs are untraceable. I have a 36 qualifier tomorrow for @TheOpen and really need my bag. Thanks in advance. #help

Clubs still not on way from Paris. Established that they are in the black hole known as CDG. @airfrance and @AirFranceUK have been very quiet on Twitter lately so no communication. Looking doubtful I will participate tomorrow @TheOpen qualifier.

Terrible time of the year for holiday makers losing bags. I’m certainly not any more important than the next person who has lost a bag, just happens to impact my livelihood this week. Customer service is so frustrating in this case for everyone.

Brandon Poynter siad what was on everybody's lips when he asked if McDowell could just hire another set of clubs...

I hear you man. Only 3 spots from 72 decent players and I have another event to get ready for this week, so have to cut my losses and start preparing. https://t.co/L49rE58pQh

I have officially withdrawn from @TheOpen qualifying tomorrow at St Anne’s Old Links. I cannot give 100% without my own equipment which has been mishandled by @AirFrance and must turn my attention to @DDFIrishOpen this weekend. Thanks for all the support.

McDowell's chances of making the Open are a lot slimmer now than they were 24 hours ago as he'll be relying on a high finish at the Irish Open in Ballyliffin next week.

It's fairly depressing that his major participation may have been ceased due to a bloody airport malfunction.


popular
Roy Keane flatly rejects longstanding perception of ex-Man United midfielder Paul Ince
Allianz National Football League Round 1: All the action and talking points
Sean Dyche set to be named Everton manager after Marcelo Bielsa talks break down
British publication urges Gareth Southgate to claim Evan Ferguson for England
"Not cool" - Jurgen Klopp far from happy with question about late Liverpool fouls
John Egan breaks Wrexham hearts and denies Ryan Reynolds a Hollywood ending
Two Ireland stars included in Premier League's 'young English XI'
You may also like
6 months ago
Your guide to an incredible weekend of sport and how to stream it all
4 years ago
Jon Rahm's response to nightmare triple bogey was something else
5 years ago
Here are the best value bets for the Irish Open
6 years ago
Rory McIlroy reveals Zika fears could potentially prevent him featuring at the Olympics
6 years ago
Rory McIlroy to donate Irish Open winnings to charity
6 years ago
WATCH: Rory McIlroy hits two of the best shots of his life to win the Irish Open in style
Next Page