Netflix confirmed the news on Wednesday.

Netflix have announced that they will be teaming up with the PGA to create a brand-new docuseries that will follow the lives of some of the best golfers around the world across the 2022 season. The new Netflix golf show has landed some big names too but, as of yet, no Rory McIlroy.

The popular streaming company made the announcement on Wednesday (January 12), where they confirmed that as well as the covering the PGA Tour, they will also follow some of golf's biggest major tournaments including all four major championships. Netflix took to Twitter to make the announcement by saying:

"Netflix is teaming up with the PGA Tour and golf's major championships for a documentary series that will follow the lives and stories of the world's top professional golfers across the 2022 season.

"From Vox Media Studios and the production team behind F1: Drive to Survive, the series will go inside the ropes and behind the scenes of golf's biggest events, including The Players, the FedExCup, and all four major championships."

From Vox Media Studios and the production team behind F1: DRIVE TO SURVIVE, the series will go inside the ropes and behind the scenes of golf's biggest events, including The Players, the FedExCup, and all four major championships.

They also confirmed that the production team responsible for creating the hit docuseries 'F1: Drive to Survive' will be behind the new docuseries. 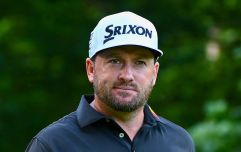 END_OF_DOCUMENT_TOKEN_TO_BE_REPLACED

Whilst it is known that they will film the drama of the 2022 season, it is unclear when viewers will be able to watch it.

Ryan Lavner, a senior writer at the Golf channel, also took to Twitter where he revealed the list of all the golf stars we will expect to see in the programme.

Here are the players currently committed to participate in the new Netflix/PGA Tour doc series:

Not included in that list, though are Phil Mickelson, Bryson DeChmbeau and the Irish golfers Rory McIlroy and Shane Lowry.

Here's hoping they all feature at some stage over what should be a long show run.